Temporomandibular Joint Dysfunction in a cohort of women with Rheumatoid Arthritis

Temporomandibular joint dysfunction (TMD) is characterized by the presence of signs and symptoms that lead to functional changes in this joint. Most of the times with a multifactorial etiology, it can be associated to systemic diseases, such as rheumatoid arthritis (RA).

Objectives: to evaluate the prevalence of TMD in a cohort of women with RA, as well as possible links between its presence and disease activity and duration, smoking and frequent consumption of chewing gum, compared with a control group of healthy controls.

Material and methods: Fonseca’s Anamnesic Questionnaire, validated for the assessment of TMD, was applied to a cohort of 63 female outpatients with a diagnosis of RA according to the American College of Rheumatology classification. To obtain patient’s clinical information, we reviewed the hospital medical records. Data were introduced on the SPSS 17.0 system and ANOVA and e Kruskall-Walis tests and Tukey analysis were performed, as well as chi-square test.

Conclusion: the results obtained in our study seem to reflect the multifactorial etiology of TMD, where RA is only one of the multiple possible causes and, secondly, the high sensitivity and low specificity of the index used, which would explain the high number of TMD cases found in the control group.

The temporomandibular joint (TMJ) is composed of several structures and is responsible for a set of movements essential for chewing, swallowing, phonation and posture [1]. An abnormality in its function is called temporomandibular dysfunction (TMD) and is characterized by the presence of certain signs (noises, limited range of motion, presence of deviations) and / or symptoms (pain in the joint, preauricular or of the masticatory muscles).

The prevalence of TMD is very variable, from 6% to 93%, when based on information provided orally by the patient, and ranging from 0 to 93% when based on the clinical evaluation [2]. An explanation for the discrepancy of these values ​​is based on the criteria used to define them.Its etiology is multifactorial and may be associated with repeated trauma and microtraumas, postural changes, anxiety and some systemic diseases, such as rheumatoid arthritis (RA). Generally it results not from an isolated factor, but from the association of several [3,4]. Rheumatoid arthritis is a chronic systemic disease characterized in the majority of cases by the presence of symmetric and additive chronic polyarthritis of the small joints of the hands and feet, with or without the presence of rheumatoid factor and /or anti citrulinate peptide. It affects about 0.5 to 1% of the world population, with a preference for females (3: 1) [5]. In Portugal, it affects about 40 thousand people.

Temporomandibular dysfunction in RA can occur either from TMJ joint involvement or related to periarticular structures, similar to that occurring in patients without RA. The attainment of this joint is different in adult RA and juvenile idiopathic arthritis (JIA). In the former, the inflammatory process leads to progressive destruction of the joints, sometimes with ankylosis, whereas in young people, the attainment of TMJ in a growth phase has more serious consequences, with destruction of the condyle and arrest of the growth of the mandible, conditioning facial deformities such as hypoplasia of the mandible [6].

The authors evaluated the prevalence of TMD in a cohort of female patients with RA followed in a Rheumatology Department, comparing it to a control group of women of the general population, and tried to identify possible relationships between the presence of TMD and the duration and activity of RA on the one hand, and some known risk factors such as smoking, frequent chewing gum consumption and eating habits, on the other.

Female patients with RA were evaluated according to the 1987 American College of Rheumatology (ACR) classification criteria followed by Rheumatology (Group 1) and healthy women from the general population (Group 2 - control). The Fonseca Anamnestic Questionnaire [7], validated for the Portuguese language and applied to both groups, consists of 10 questions that verify the presence of TMJ pain, neck, chewing, headache, movement difficulties, noise, parafunctional habits and grinding teeth), perception of malocclusion, and feeling of emotional stress. There were 3 possible answers: yes, sometimes and no, whose score is 10, 5 and 0 points, respectively. Through the sum of the scores obtained, it is possible to classify TMD as severe (70 to 100 points), moderate (45 to 65 points), mild (20 to 40 points) or without TMD (0 to 15 points) [7].

The study protocol included demographic data (age, ethnicity); data on smoking, eating and chewing gum consumption and data on the disease (duration of illness and Disease Activity Score 28 (DAS 28)). All data were collected through consultation of the clinical processes according to the protocol previously elaborated. Whenever possible, the information was confirmed and / or completed by direct interview or by telephone contact. Patients with insufficient information were excluded. This study was only based on symptoms reported by patients therefore, no physical exam was performed. The data were introduced on a statistical analysis basis of the SPSS version 17.0 operating system, using Chi square tests and Fisher’s analysis, ANOVA, Kruskall-Walis and Tuckey analysis. The distribution of the populations by the Kolmogorov-Smirnov test and the homogeneity of the variances by the Levene test were also ensured. Values ​​of p <0.05 were considered statistically significant.

There was no statistically significant difference in the incidence of TMD between the patient group and the control group (p = 0.299) (table 2), regardless of the degree of TMD severity. There was also no statistically significant difference between chewing gum consumption, smoking habits and presence of TMD in the group of patients (p = 0.202 and p = 0.861, respectively) or in the control group (p = 0.634 and p = 0.681, respectively) (Table 3).

The involvement of the temporomandibular joint in rheumatoid arthritis has been documented in several studies and is often associated with the duration of the disease, its severity and the elevation of inflammatory parameters [5,8-12], although often subclinical. The etiology of TMD is multifactorial. In addition to the joint, periarticular structures, especially the masticatory muscles (with myalgias, myofascial pain, muscular contracture, etc.) are frequently involved. The diagnosis of TMD can therefore become a challenge, and a clear and standardized organization is essential in its evaluation [13,14]. In the literature we find several instruments for TMD evaluation, under different forms: questionnaires, anamnestic and clinical indices, each presenting advantages and limitations. The Fonseca Anamnestic Questionnaire [7] has the advantage of being easy to use because it presents only 10 questions directed to the TMD symptoms, not requiring an additional physical examination, being validated for the Portuguese language and already used in several epidemiological studies populations. Its main limitation is its scoring system, since with 3 affirmative answers attributed to headache, neck pain and emotional tension perception; the patient will be classified as having mild TMD. However, these symptoms can coexist without the presence of TMD, reflecting the reduced specificity of this questionnaire [3]. In the majority of patients, TMD signs and symptoms are self-limiting, with 50% of patients improving in the first year and 85% with complete remission of complaints at 3 years.

The treatment is based on a multidisciplinary approach where non-invasive interventions should be privileged as a first alternative. Invasive manipulation of the joint is not free of complications and its efficacy is not clearly established [13].

Behavioral therapy includes patient education, relaxation techniques and stress management as well as changing habits such as: avoiding fully open mouth, diet with soft foods in periods of pain, non-chewing gum, chewing on both sides, do not bite objects like pens and pencils and do not rest hands on the chin when seated. Several studies have demonstrated the efficacy of these techniques, either alone or in combination [15].

Physiotherapy may also play an important role in the treatment of these patients, usually with specific exercises, thermotherapy, transcutaneous electrical nerve stimulation (TENS) and iontophoresis. In more severe cases, it may still be necessary to resort to dental procedures such as temporary joint occlusion, although with little evidence of efficacy [13,15] or even arthroscopy [15].

Contrary to what has been reported in the literature, in our study, there was no higher incidence of TMD in RA patients compared to the control group, nor did the severity of TMD reflect a longer duration or severity of the disease. The results obtained in our study seem to reflect a double situation: the multifactorial etiology of TMD and the high sensitivity and low specificity of the index used, which would explain the cases of TMD found in the control group. It should also be noted that the control group had a higher number of chewing gum consumers, which can condition repeated microtraumas in the TMJ and skew the study results. Our study has some limitations, such as the small number of the patient sample and the use of a questionnaire which, although simple to use and of high sensitivity, has low specificity. In fact, an assessment comprising an objective examination carefully looking for TMD signs, as well as an imaging assessment could bring complementary data to the investigation, one of the limitations of our work. Among patients with rheumatoid arthritis, and given the plurality of etiological factors underlying TMD, it should be emphasized that control of disease activity may not be sufficient for the control of TMD complaints, and that multi-modal approach may be necessary.

© 2018 Ambrósio C, et al. This is an open-access article distributed under the terms of the Creative Commons Attribution License, which permits unrestricted use, distribution, and reproduction in any medium, provided the original author and source are credited. 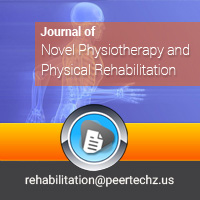