© 2021 Liu L, et al. This is an open-access article distributed under the terms of the Creative Commons Attribution License, which permits unrestricted use, distribution, and reproduction in any medium, provided the original author and source are credited.

‘Guifeimeigui (V. vinifera) is a table grape cultivar, well known for pleasant flavors of rose, bred by a science researcher of Shandong Academy of Grape [1], Shandong Academy of Agricultural Sciences. It shows strong disease resistance and wide adaptability. It has a special rose aroma and is suitable for facilities cultivation in China. Besides, V. vinifera ‘Guifeimeigui’ is an early maturing variety. Thus, it is widely used for breeding grapes against disease and with early maturity. This high-quality assembly based on Illumina short reads sheds light on Vitis phylogeny and evolution and provides accurate genetic information for future research on Vitis species.

The sample of V. vinifera ‘Guifeimeigui’ was collected from a vineyard in Zhonggong, Jinan, China (E116°59’7”; N36°28’42”). We used fresh leaves to extract total genomic a DNA with DNeasy Plant Mini kit (Qiagen, Valencia, CA, and USA) and constructed the library with an average length of 300bp using Illumina TruSeq™ Nano DNA Sample Prep Kit. The DNA library (paired-end, PE=150bp) was sequenced on Illumina NovaSeq 6000 platform (Illumina, San Diego, CA). The resulting reads were quality-filtered using Trimmomatic v0.39 [2]. 4.38Gb clean reads were obtained in total and used to assemble the cp genome with NOVOPlasty v4.2 software [3]. The cp genome of V. acerifolia (MG664848) serves as the reference for assembly and annotation byGeSeq [3]. The complete cp genome sequence of V. vinifera ‘Guifeimeigui’ had been deposited into GenBank (No. MZ569033) and the SRA number is SRR15114330. In addition, the sample was stored at the Laboratory of Molecular Biology, Shandong Academy of Grape, Shandong Academy of Agricultural Sciences (Voucher specimen: GFMG20210416) (Li Liu, Email: 15153871569@163.com).

The authors would like to thank TopEdit (www.topeditsci.com) for linguistic assistance during the preparation of this manuscript.

This study was funded by the Natural Science Foundation of Shandong Province (Grant No. ZR201807090168), New Variety Breeding of High-Quality Characteristic Fruit Trees (Grant No. 2020LZGC008), and Integrated Research and Demonstration of Key Techniques of Facility Cultivation of High Quality and Efficiency Grape (2020ZX010).

The genome sequence data that support the findings of this study are openly available in GenBank of NCBI at (https://www.ncbi.nlm.nih.gov/) under the accession No. MZ569033, or available from the corresponding author. 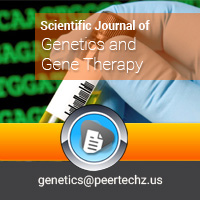