© 2022 Gill UN, et al. This is an open-access article distributed under the terms of the Creative Commons Attribution License, which permits unrestricted use, distribution, and reproduction in any medium, provided the original author and source are credited.

Background: Despite improvement in sterilization techniques, peri-prosthetic joint infection (PJI) is the most fearsome complication after hip and knee arthroplasties. Various strategies have been devised from time to time to diagnose and treat PJI. Recently, Leukocyte esterase and alpha-defensin are identified as markers of active infection in synovial fluid. Therefore, kits are designed to detect these two markers during surgery. If found reliable, these tests will increase the confidence of surgeons in situations, where the diagnosis of PJI is not established.

Material and methods: This study was conducted on 132 patients in Lahore General Hospital; from August 2020 to December 2021. Leukocyte Esterase strip and Alpha-Defensin kit were used to detect infection in synovial samples taken just before performing arthrotomy, intra-operatively. Patients were divided into 2 groups, Group-A had 31 patients with peri-prosthetic joint infection (PJI) diagnosed as per Musculoskeletal Infection Society (MSIS) criteria, whereas in Group B 101 patients were present in whom PJI was not present. Synovial tissue and fluid samples were also sent to a laboratory for culture and histopathology; so that sensitivity and specificity of LE strips and Alpha-Defensin Kits could find out.

Results: The mean age of patients in our study was 59.6 SD 11.90 years with a male to female ratio of 85:47. 31 patients were diagnosed as PJI after primary hip or knee arthroplasty based on serological investigations and culture of joint aspiration. The sensitivity and specificity of LE strips were 90.32% and 95.04%, whereas that of Alpha defensin was 93.54% and 100% respectively. The correlation coefficient between the LE strip test and synovial fluid polymorphonuclear neutrophils (PMN) counts was 0.811 and it was even higher when the Alpha-Defensin kit was used (0.845).

Conclusion: Both LE and Alpha-Defensin kits are highly specific and sensitive in diagnosing PJI. Though Alpha-defensin is more accurate the cost-effectiveness of the LE strip makes it a more feasible option in diagnosing PJI, intra-operatively.

Arthroplasty remains the best option to treat various joint pathology like advanced osteoarthritis [1], as it improves the quality of life by relieving pain, increasing range of motion, correcting deformities, and making patients more independent to carry out daily life activities [2]. This is the reason that in 2016, 87% of patients suffering from advanced osteoarthritis were treated by knee arthroplasty; and it is expected that by the year 2030, the number of patients will increase by 600% [3]. With this increase in the number of procedures comes complications. Out of all the complications, peri-prosthetic joint infection is the worst. In the USA in the year 2009, 2.4% of all joint replacement surgeries got infected [4]. According to various sources, 1%-3% of all replacement surgeries got infected worldwide [5,6].

Though widely acceptable, MSIS criteria for PJI has some flaws. ESR and CRP are sometimes misleading especially after the first stage of revision surgery, in individuals taking antibiotics, in patients with delayed or low-grade infections, etc. Frozen sections are usually not taken routinely and it is a time-consuming procedure that requires a special setup with multiple medical disciplines involved. Lastly, sometimes it is not possible to aspirate synovial fluid from joints like the hip joint for histopathological examination and culture. So there is an increasing need for simple, cheap, less time-consuming tests for the diagnosis of PJI. The first alteration that was made in MSIS criteria was made by the International Consensus Group on PJI in 2013 [8]. This group included the Leukocyte Esterase test as a minor criterion in place of WBC count in synovial fluid. In 2018, PJI was re-defined by a multi-centric retrospective study, which included alpha-defensin as an important component of minor criteria. There are ongoing studies on various markers for the diagnostic markers for PJI, that include serum D-dimer level [9] synovial C-reactive protein (CRP) [10,11] and molecular techniques such as next-generation sequencing [12].

Leukocyte Esterase (LE) strips were initially used for Pyuria. Leukocyte Esterase is the enzyme that is secreted by Neutrophil [13]. The presence of this marker turns LE strips from white to light and ultimately to dark purple color. Recently these strips were used to diagnose PJI and because of their efficacy it was included in MSIS minor criteria. LE strips are cheap and the test requires a few drops of synovial fluid and it requires a couple of minutes to indicate the result. Alpha-defensin is a part of the immune system which is released by neutrophils in response to pathogens and destroys the membrane of a pathogen [14]. Alpha-defensin is detected by either a laboratory-based ELIZA test or by an Alpha-defensin test kit. The main advantage of these two tests is that they have a high level of sensitivity and specificity [15], they require not more than a few minutes to indicate results and these tests can be performed in the operation theater, during surgery by the surgeon himself.

In this prospective study, we performed alpha-defensin and LE strip tests on 132 patients, who were either undergoing the first or second stage of revision joint surgeries from August 2020 to December 2021, in Lahore General Hospital. To have a better understanding of the results, we divided patients into two groups. Group-A had 31 patients with peri-prosthetic joint infection (PJI) diagnosed according to Musculoskeletal Infection Society (MSIS) criteria, whereas in Group B 101 patients were present in whom PJI was not present.

During surgery, just before arthrotomy, two 10cc syringes were used to aspirate synovial fluid; one for alpha-defensins and LE strip tests, and the second syringe was sent to the laboratory for culture and histopathology. After aspiration, a single drop of synovial fluid was applied to the LE strip, under aseptic conditions, while the rest of the sample was used for an alpha defensin test kit. Three drops from prefilled dropper bottle were put on the test device. It takes 2 to 3 minutes for the LE strip and 10 minutes for the alpha-defensin kit to give the final result. LE pad changes its color from white to light purple to dark purple which is considered positive (Figure 1). Whereas, two lines on the alpha defensin kit`s test device show a positive result (Figure 2).

Patients who presented after primary arthroplasty (Hip or knee) with unexplained pain, loosening (aseptic/septic), swelling around replaced joint, diagnosed as PJI by serological studies were included in this study. Also, the patients who were candidates of second stage revision arthroplasties, with serological signs of no active infection and negative culture report of synovial aspiration were included in this study.

Data was entered and analyzed using SPSS 23. Quantitative data like age is presented by mean and standard deviation. Qualitative data like gender, hip or knee replacement, etc are presented in percentages. Results from both tests were compared with each other, as well as with the Laboratory culture report. Also, the results were compared with synovial fluid WBC and neutrophil counts. Sensitivity, specificity, and Positive and Negative predictive values were calculated using the following formulas:

The mean age of patients in our study was 59.6 +/- 11.90 years (Range: 48-75 years). The male to female population was 85:47. 31 patients were diagnosed as PJI after primary hip or knee arthroplasty based on serological investigations and culture of joint aspiration (Table 1).

After joint replacement surgery, the diagnosis of periprosthetic joint infection is still a matter of debate, because serological markers like ESR and CRP are sometimes misleading. So MSIS came out with the criteria to diagnose PJI. But this criteria was also time and resources consuming because the culture of a causative organism takes a week or so [16,17]. To answer these shortcomings some modifications were made to MSIS criteria in the year 2013. Two tests were included in this criteria which are the Leukocyte Esterase strip test and alpha-defensins lateral flow kit. Both of these tests consume virtually no time, can be performed intra-operatively, do not require special gadgets, and give the surgeon idea about the presence or absence of infection.

Various studies have shown a high degree of sensitivity and specificity of the LE strip test. These strips were being used to diagnose UTIs for the past thirty years or so, but Parvizi, et al. [13] identified their use in diagnosing PJI. Since then many western studies were conducted to establish its efficacy. In a study by De Vecchi, et al. [18] this test was positive in 25 out of 27 infected arthroplasties and was negative in 99 out of 102 not infected arthroplasties with a sensitivity of 92.6% and specificity of 97.0%. In our study, the sensitivity and specificity of LE strips were 90.32% and 95.04%. Similar results were obtained in studies by Aggarwal, et al. [19] Wetters, et al. [20] Nelson, et al. [21] Colvin, et al. [22]. The only issue we faced with this test was the difference between observers in matching the strip colour with that of the given reference colours in few cases. But this problem was solved by nominating five observers to match the colours of the LE strip with the reference colour and the decision of the majority was considered final. Moreover, in our study, there was no need to centrifuge the synovial fluid sample because we took the samples before arthrotomy using a 10 cc syringe, with virtually no contamination of synovial fluid with blood. Moreover, there was a strong association of synovial fluid WBC and Neutrophil count with that of LE strips result of our study. We found that the correlation coefficient between the LE strip test and synovial fluid polymorphonuclear neutrophils (PMN) counts was 0.811 and it was even higher when the Alpha-Defensin kit was used (0.845). Similar results were shown by the study of Chi-Wang, et al. [23] In his study, the correlation coefficient between the LE strip test and synovial fluid WBC and PMN counts were 0.578 and 0.845 which are significant.

Alpha-defensins are released by Neutrophils in response to pathogens which shows that this peptide is only present in the synovial fluid of the infected joint and not in other inflamed joints which mimic PJI. So there are two methods of detecting this peptide. One is through laboratory (ELIZA) which is regarded as better than the second method [24]. The second technique is the Alpha defensin lateral flow kit. Some studies show excellent results in diagnosing PJI with these kits. In a study by Gehrke, et al. [25] on 195 cases, the overall sensitivity of this test was 92.1% and specificity was 100% with the positive predictive value of 100% as this peptide is present only in infected joints and the negative predictive value was 95.2%. Thus overall accuracy of this test was 96.9%. In our study sensitivity and specificity of Alpha, and defensin was 93.54% and 100% respectively. Alpha defensin lateral flow kit showed excellent sensitivity, and specificity but the only issue with this test is the cost of this kit. But the usefulness of this kit in giving the operating surgeon a clear picture of PJI there and then is something worth this expense.

Both LE and Alpha-Defensin kits are highly specific and sensitive in diagnosing PJI. Though Alpha-defensin is more accurate the cost-effectiveness of the LE strip makes it a more feasible option in diagnosing PJI, intra-operatively. 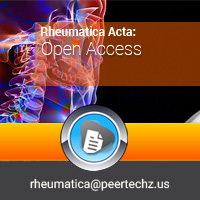