© 2022 Henke K, et al. This is an open-access article distributed under the terms of the Creative Commons Attribution License, which permits unrestricted use, distribution, and reproduction in any medium, provided the original author and source are credited.

The purpose of this mini-review is to provide the latest information on the treatment of Subacute Thyroiditis (SAT) in the era of Coronavirus Disease 2019 (COVID-19). It is well documented that SAT has a significant impact on the quality of life of the patients, so early and proper diagnosis and treatment are necessary in order to reduce or even eliminate the severity of symptoms, frequency of relapses, and permanent hypothyroidism. This requires a multidisciplinary management approach in order to meet patients’ special needs. The present mini-review aims to summarize recent research evidence regarding the therapeutic management of SAT with special recommendations for COVID-19-associated SAT.

During the last decade, experimental and clinical studies have demonstrated significant new data regarding the epidemiology, pathogenesis, and management of SAT. Indeed and contrary to what was previously known, the clinical course of SAT seems to be significantly determined by genetic factors, while the individual triggering factor seems to play a catalytic role [1]. The etiology and pathogenesis of thyroid dysfunction following COVID-19 are not fully understood yet. SAT is known to follow a viral infection or a post-viral inflammatory response, particularly in genetically predisposed individuals [2]. Previous studies have shown that individuals who are carriers of certain Human Leukocyte Antigens (HLA) (e.g., HLA-B35, HLA-B67, HLA-B15/62, and HLA-Drw8) are susceptible to SAT [3]. In fact, recent research data support that severe acute respiratory syndrome coronavirus 2 (SARS-CoV2)-associated SAT appears to have a slightly more severe clinical picture and laboratory findings when compared to SAT not related to COVID-19 [4]. Despite the fact that there is currently no etiological treatment for SAT, corticosteroids are widely used in the treatment of patients with SAT. Despite the spectacular response to corticosteroid therapy, the relapsing nature of the disease, and the potential for corticosteroid dependence are the clashing rocks of treatment [5]. The problem seems to be even more complicated in patients with SARS-CoV-2-associated SAT, given its divergent clinical picture and course. In this mini-review, we aim to summarize recent research evidence regarding the therapeutic management of SAT with a special recommendation for COVID-19-associated SAT.

Despite the fact that there is no formal treatment protocol for the management of SAT and the proposed treatment regimens significantly differ between different publications, the basic principles of treatment mainly focus on reducing the severity of the disease and controlling the inflammatory process [6], as well as on decreasing the frequency of relapses and permanent hypothyroidism [1]. First-line medications include beta-blockers, non-steroidal anti-inflammatory drugs (NSAIDs), and steroids [6].

Non-steroidal anti-inflammatory drugs could be evaluated for patients with mild to moderate disease [7]. When choosing NSAIDs as the initial treatment, it should be taken into account that the remission of symptoms and, especially, the relief of pain require a longer period of time, mainly in patients with high inflammation indices at the time of diagnosis [6,8,9]. For this purpose, steroids are recommended as initial therapy in patients with 2.5-fold increase in Erythrocyte Sedimentation Rate (ESR) and a 4-fold increase in C-Reactive Protein (CRP) levels [6]. Regarding the development of permanent hypothyroidism, recent research evidence highlights ibuprofen treatment and anti-thyreo-peroxidase (TPO) positivity as predisposing factors for its development [6], reinforcing the results of earlier studies [10,11].

For patients who did not respond to the initial treatment with NSAIDs or for patients with severe disease, the recommendations of the American Thyroid Association include the administration of prednisolone at a dose of 40 mg per day [12]. However, in every case of steroid treatment, the high rates of relapse when reducing the dosage should be taken into account, as well as their side effects, which may appear even during a short treatment period [13]. In reference to the latter, a study comparing the safety and efficacy of short-term corticosteroid therapy (1 week) followed by celecoxib treatment for 1further week versus long-term steroid therapy (6 weeks) concluded that the short-term treatment is a safe and effective option for patients with SAT [14]. Furthermore, several clinical studies focus on reducing the initial dose in order to limit the side effects of corticosteroid therapy. Kubota, et al. showed that an initial dose of prednisolone (15 mg/day) followed by a 5 mg reduction every 2 weeks was effective in Japanese patients with SAT [15]. Similarly, Sato, et al. compared the efficacy of NSAIDs versus low-dose prednisolone (15 mg/day). Although the authors reported a shorter time to symptom control in the prednisolone group, the time to normalization of thyroid dysfunction was similar between the two groups [9]. However, due to the high rates of recurrence further studies are needed to evaluate the proposed short-term strategy [1].

Regarding recurrence of SAT and the development of persistent hypothyroidism, the existing literature data are limited and contradictory. In a 2003 study, Faturechi, et al. concluded that steroid therapy not only does not protect against the development of permanent hypothyroidism, but may also be a risk factor for its development [8], finding which could be explained through the deleterious effects of steroids on viral replication and clearance and the subsequent recurrence of SAT [16]. On the other hand, the study of Sencar, et al. demonstrated rates of recurrence and permanent hypothyroidism of 19.8% and 12.4%, respectively, which is in accordance with previous research [6]. However, a higher recurrence rate was observed in patients who received steroid treatment versus patients who received NSAIDs (23% vs. 10.5%) [6].

For patients with SARS-CoV-2-associated subacute thyroiditis, treatment regimens with β-blockers, aspirin, NSAIDs or corticosteroids in various dosage regimens (25 mg/day - 40 mg/day) are reported, which are gradually reduced over an average period of 3 - 4 weeks. Short-term follow-up at 35 ±12 days has shown normal thyroid function, after a suspected episode of clinical hypothyroidism [17]. Although antithyroid medication has been used in two patients with SARS-CoV-2-associated SAT, it has not be proven to be effective in the management of the thyrotoxic stage of illness [18].

The literature related to the concomitant presence of COVID-19 and subacute thyroiditis is limited. The observed lack of studies on the specific topic may be due to several reasons. More specifically, the time interval between the onset of COVID-19 symptoms and the onset of thyroiditis is relatively long (i.e., 5 to 42 days with a mean of 25 to 10 days), requiring a high index of clinical suspicion [19]. Additionally, the atypical clinical picture presented in some patients [20] can easily distract clinicians’ attention. Similarly, in critically ill patients with COVID-19, the attention of clinicians is attracted by respiratory symptoms related to COVID-19. On the other hand, however, the administration of corticoids to treat these patients modifies the clinical picture of thyroiditis [21], leading to a fail to accurately identify the specific diagnosis. For the above reasons, the control of thyroid function in critically ill patients with COVID-19, who manifest worsening of their clinical picture, is strongly recommended.

During the last decade, experimental and clinical studies have presented a variety of new data regarding the epidemiology, pathogenesis, and management of SAT. Its clinical course seems to be significantly determined by genetic factors, while the individual triggering factor, such as SARS-CoV-2 infection, seems to play a fundamental role. Steroid therapy is highlighted as more effective for mitigating acute symptoms compared to NSAIDS. Finally, high quality, double blinded multicenter studies are required to investigate short-term steroid-NSAID combination therapy for SAT and potential therapeutic options as for example colchicine as well as TNF-a inhibitors. 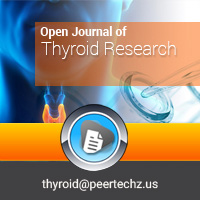