Prevalence of low back pain among the Dentists of Karachi, Pakistan

Objective: To assess the Prevalence of Low Back Pain among the Dentists of Karachi, Pakistan

Methodology: A cross sectional survey was conducted in many different hospitals of Karachi, Pakistan from October to December 2015. A self-constructed questionnaire which includes the demographic Characterstics and other questions were duration of work per day, work experience of a participants, onset of pain, aggravating factors. Among the 68 dentists SPSS version 17 was used to analyze the data.

Conclusion: This Study finalized that there is 96% prevalence of lower back pain among the dentists working in Karachi Pakistan.

Globally Low Back Pain (LBP) is the most general complaint especially in Dentists. Almost every dentist experiences the LBP in their life and they are prone to have low back pain due to their activity in sustained sitting posture, whereas, the LBP decreases their work performance as well. The low back pain can be localized or radiating, in advance cases it affects the lower limb weakness which can lead to an abnormal gait [1,2]. The prevalence of LBP is 44.9% globally, whereas in Pakistan it’s reported that 56% of dentist suffer from LBP. The Risk factors for Low back pain could be non-modifiable and modifiable [3.4]. The modifiable risk factors occupation-related such as, poor posture, activity in sustain postures and lifting of heavy loads Whereas the non-modifiable factors are age, past history of Low back pain, the changeable factors include an inactive lifestyle, obesity, and smoking [5,6]. The LBP is managed by the different methods depending upon the norms and culture of that area but the common methods which are being used are the pharmacological management along with the support of physical therapy management. In pharmacological management the Non-Steroidal Anti-Inflammatory Drugs (NSAIDs) are widely used whereas in the physical therapy the Transcutaneous Electrical Nerve Stimulation (TENS), Inferential therapy, Ultrasound (US) spinal manipulation, McKenzie exercises, exercises for spinal flexibility, thermotherapy(cold/hot packs).acupuncture, massage therapy, acupressure are used to treat the different painful conditions which causes the LBP [7,8].

Convenient Non-Probability Sampling Technique among the 68 selected participants were used. Participants with both genders (male & female), having the age between 25- to 45 years and willing to participate were included in the study. While, participant above the age of 45 years, pregnant females, participant having any systematic disease, having history of trauma and not willing to sign inform consent were excluded.

A self-constructed proforma was used to collect the data, which include the demographic Characterstics (age, gender and their field of specialization). While the other questions were duration of work per day, work experience of a participants, onset of pain, aggravating factors of pain.

Descriptive statistics; categorical variables were measured as frequency and percentage. The Data was analyzed by using Statistical Package for Social Sciences (SPSS) version 17.

Table 1 displays demographic characteristics of participants which shows that Majority (n=38, 55.8%) of the participants belongs to age group of 36 to 45 years and (n=36, 52.9%) were females. In the domain of the Speciality majority (n=25, 36.7%) were practicing in the department of dental surgery.

Figure 1 displays the prevalence of lower back pain which shows that (n=65, 95.5%) of the respondents reported that they are suffering from lower back pain.

Figure 1: Prevalence of Lower Back Pain.

Table 3 shows status of pain of participants which shows that Majority (n=23, 35.3%) of the participants were experiencing a pain after the 3 to 5 hours of working, however in (n=29, 44.6%) respondents pain was aggravating when they were bending their lower back.

The study concluded that the Dentist who were working in different hospitals of Karachi Pakistan were 96% prone to develop the lower back pain, however the onset of pain and the aggravating factors among all were different and were mainly dependent of the duration of work performed by them on daily basis.

As this study was conducted in the hospitals of Karachi which cannot show the full aspect of pain among the dentist.

We acknowledge the support of Dentists who have participated in this study.

© 2021 Sachdev S, et al. This is an open-ojpmcess article distributed under the terms of the Creative Commons Attribution License, which permits unrestricted use, distribution, and reproduction in any medium, provided the original author and source are credited. 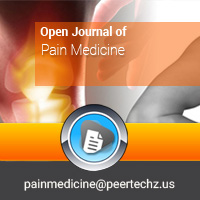