COVID-19 and SARS-CoV-2: Despite the vaccination, new targets/drugs for treatment and the virus cycle mechanisms still have to be continually investigated

Several countries are suffering with COVID-19 second wave that has been worse than the first one. In addition, new challenges are being imposed by new mutations and their high transmissibility, such as B.1.1.7, identified in the United Kingdom, and the strains P.1 and 501Y.V2, from Brazil and South Africa, respectively. They threaten the immune effects of the new launched vaccines (eg.: Coronavax, Oxford vaccine, and Sputnik) as nobody can assure their effectiveness against all coronavirus mutants that are still ahead. Finally, vaccination of the whole population against coronavirus, as it is done for influenza in the elderly people, is financially very difficult, especially in the low-income countries. Therefore, this brief 2-page opinion comes to highlight the fact that, similar to HIV infection (AIDS), COVID-19 will need continuous research about the virus cycle mechanisms and drug design/searching for new antivirus that may treat those infected with this still unknown virus to avoid its major effects and high lethality worldwide.

In a growing global effort to combat the fatal spread of SARS-CoV-2, while vaccines are released and delivered as fast as the pharmaceutical companies can, to restrict and decrease the death worldwide; several drugs are being reused in patients infected by coronavirus [1]. Meanwhile, several countries are suffering with the COVID-19 second wave, that shown to be worse than the first one, affecting especially countries such as USA and Brazil that did not assume the necessary measures involving mask-use everywhere and isolating individuals in their homes, especially the risk groups [2,3].

Despite the vaccines distribution, the fact is that we still lack a systematic research about long-term risks such as those regarding the vaccines using mRNA, especially related to pregnant women, due to the absence of data for reproductive toxicology and reactogenicity in this group [4]. In this context, it is important to emphasize the scientific advances and important points that it is still up to us, as scientists, to make efforts to have more data that will help us in the development of new strategies and the direction of the pandemic as well as in the post-pandemic period [5].

After a brief evaluation of the literature in the last and present years using keywords coronavirus, COVID-19, treatment and vaccine in different platforms including MEDLINE, Google Scholar, Scopus, Web of Science, and Science Direct, it is possible to observe that to fight against coronavirus, the vaccine development has focused on the Spike Sars-Cov-2 receptor. This virus has an RNA genome (ssRNA (+) that uses the ACE2 receptor to invade the host cell through [6]. Through this mechanism several vaccines have been designed and approved by regulatory agencies in recent months [7]. Among them, we may cite the vaccines for RNA of companies such as Moderna, Pfizer and the recombinant virus of Oxford / Astrazenica, among others [8] (Figure 1).

However, new challenges are being imposed by new mutations and the high transmissibility of new strains, such as B.1.1.7, identified in the United Kingdom, as well as the strains P.1 and 501Y.V2, identified in Brazil and South Africa, respectively [9]. Thus, genomics patrol needs to be strengthened in countries with low investment in genomics, given the risks of not identifying several uncatalogued strains that may pose risks to vaccines already implemented in immunization strategies in several countries [10].

On that purpose, the global vaccine development huge effort should also be similar to repositioning drugs or developing new pharmacological alternatives, such as new antivirals [11]. In addition, it is also important to analyze more carefully the use of antimicrobials (eg. Azithromycin), antifungi and/or antiparasites (eg. ivermectin) that were common during this pandemic, which tried to somehow stop the virus, even the efficacy was not a sure result at all (eg. hydroxychloroquine and chloroquine) [11-13]. Furthermore, the use of monoclonal antibodies and Hyperimmune sera still has to be explored as they are also on evaluation when it comes to human subject phase trials ( eg. Phase 3) [11,12] (Figure 1).

Although in a lower extent, this coronavirus will continue to infect us over the next years as predicted by most researchers, even after the vaccination of the world population [14]. Considering not only this scenario, but also the possibility of infecting germ cells that can result in developmental conditions in the next generation worldwide, studying this virus is clearly still a huge demand [15,16]. Evolutively, it is important to highlight the necessity of studies on pregnant subjects involving COVID-19. The relationship between viral and human endogenous viral material has been known for decades and the indicators based on genomic sequencing and alignment of homologous sequences show that at least 8% of the human genome may be of viral origin [17,18].

It is interesting as evolutionary studies show that virus and human interface as a natural process for inducing human variability. From the protein-coding or by integrating a regulatory region, this process still lacks the viral genome fragment fixation in the population [19,20]. In this context, it should be noted that the proteins ARC and HERV-W are among the proteins that act on the human body and, they believe to be of viral origin and that they were assimilated by the genome [21]. In the physiological mechanism, the ARC protein is important for the functioning of the central nervous system, associated with synaptic plasticity [22]. HERV-W is involved in human placental development [23].

Despite the low possibility of another new pandemic after the vaccination of the people worldwide, we should not ignoreSARS-CoV-2 mutation capability. Thus, we should continue to investigate, such as happened with HIV/AIDS [24,25] not only its infection cycle, including germ cells tests, but also its relationship with bacteria, fungi and parasites, as well as new targets and drugs for treatment. On that matter, proteomic and genomic studies are important since they can generated data that can be compared and combined with other in vitro, in vivo and in silico results, leading to new useful and applied knowledge, drugs and treatments against this deadly disease.

© 2021 Evangelho VG, et al. This is an open-ojpgcess article distributed under the terms of the Creative Commons Attribution License, which permits unrestricted use, distribution, and reproduction in any medium, provided the original author and source are credited. 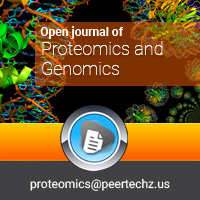