Phenytoin is a commonly prescribed antiepileptic medication in the pediatric age group for multiple indications. It has a very narrow therapeutic range with well known side-effects. A careful dose dispensing is of utmost importance while administering medications with narrow therapeutic index especially in pediatric age groups with variable weight bands. Multiple dosage formulations like tablets/syrups of varying strength ranging from 30-300mg are available in the market just with a small difference of color coding on the labels making it prone to iatrogenic errors leading to toxicity. This color coding is not sufficient to sell these products by the chemists who are unaware about the narrow therapeutic index of the preparation as well as the side effects it can lead to due to accidental overdose. Authors intend to highlight a case of such phenytoin toxicity in a 3 year old child who attended emergency Out Patient Department (OPD) in a tertiary care hospital in Punjab. We report a case of child with traumatic brain injury on phenytoin prophylaxis with features of acute phenytoin toxicity due to wrong preparation being dispensed. The case report reflects lack of awareness of chemist shop staff about narrow therapeutic index and consequences of accidental dispensing of wrong formulations.

This patient of 12kg body weight was presented to emergency department with history of mild traumatic brain injury. There was no loss of consciousness, vomiting or seizure activity. Non Contrast Computed Tomography (NCCT) brain was normal and child was discharged after 48 hours observation on prophylactic oral phenytoin @5mg/kg/day with a plan to stop phenytoin after 1 week if no seizure activity observed. After 6 days of discharge, child reported with an altered behavior, irrelevant talk, ataxia and nystagmus. On examination, the child was found to have an altered consciousness state with irrelevant talk but without any neck rigidity. There was no focal neurological or cranial nerve deficit but child had nystagmus. Plantar reflex was flexor; deep tendon reflexes and tone were normal. These findings ruled out any infective process or intracranial bleed. The rest of the systemic examination was also normal. Blood sugar, serum electrolytes, renal function test, liver function test, haemogram, repeat NCCT brain were normal. The authors could not make out any reason for his clinical presentation.

On further careful queries from patient’s attendants, it was found that child was being administered tab phenytoin 100mg BD since 7 days as against prescribed dose of 30mg BD. So after suspecting phenytoin toxicity serum phenytoin levels were sent and found to be in a toxicity range (>40ug/ml). Phenytoin was stopped and child improved in next 48 hrs. As there was no risk factor for seizure activity no other antiepileptic was added. It was learnt that by mistake a high dose (100mg) tablet bottle was handed over to attendants by chemist shop. Due to lack of knowledge about availability of different dosage formulations with varying strength, the parents of child also did not crosscheck it with the physicians.

Phenytoin is broad spectrum drug hence commonly prescribed drug in pediatric age group. However therapeutic index is narrow which makes it potential drug to cause toxicity due to errors in prescribing, dispensingor administration and/or increase in doses and/or change in brands/formulations of the drug [1,2]. Acute overdosealtered physiological state in disease conditions, inter-individual variability, drug interactions, and genetic mutations in the cytochrome P450 enzyme can be factors precipitating toxicity [3-6].

Acute overdose primarily leads to Central Nervous System (CNS) toxicity like nausea, vomiting, dizziness, vertigo, and lethargy. Altered mental status, confusion, slurring of speech, nystagmus, diplopia, ataxia.Nystagmus, on lateral gaze, usually appears at 20 mcg/mL, ataxia at 30 mcg/mL; dysarthria and lethargy appear when the plasma concentration is over 40 mcg/mL. Chronic overdose leads to gastrointestinal symptoms, gingival hyperplasia, osteomalacia, megaloblasticanemia,hirsutism [7,8]. Clinical features of toxicity depend upon route and duration of exposure, dose, pharmacogenetics variation, hepatic and renal impairment,age (elderly are more prone to toxicity). Oral over dosage results primarily in CNS toxicities damages cerebellum and vestibular system; high doses have been associated with marked cerebellar atrophy.Toxicity depends on the route and duration of exposure, dosage, pharmacogenetic variations (mutations in cytochrome P450 enzyme), age group (elderly more susceptible), hepatic and renal impairment. Phenytoin is primarily metabolized in the liver by parahydroxylation, followed by glucuronic acid conjugation. The metabolism of phenytoin is complex and follows the first-order kinetics at low doses; however, after saturation of the enzyme, it changes to zero-order kinetics. Thus, the potential for toxicity is high in overdosages [5]. The therapeutic dose of phenytoin is a loading dose of 20mg/kg, followed by 5–8mg/kg/day as a maintenance dose. The therapeutic level is very narrow (10–20µg/ml) and the toxicity manifests above the levels >20µg/ml. Levels >50µg/ml are associated with a high risk of mortality.

For prophylaxis other drugs such as levetriacetam with a wide therapeutic index and lower risk of acute toxicity as well as chronic side effect should be considered over phenytoin use, especially in pediatric age group. Studies have shown no evidence of a difference in late seizure incidence with levetiracetam [9]. Further research which accounts for these factors is required for the development of guidelines which take levetiracetam into account.

Our patient was consuming phenytoin 3 times the prescribed dose resulting in neurological features due to acute toxicity.

This case highlights the importance of prescribing drugs with narrow therapeutic index cautiously especially in pediatric age group. Common adverse reactions and drug toxicity should also be considered, in cases where common etiologies are unable to explain the clinical condition. Parents should be educated about importance of exact drug doses to b given, and red flag signs of toxicity of drug prescribed should be taught in detail. Different dose strengths should be available in easily differentiable packings so that such errors in dispensing drugs can be minimized.

© 2021 Gupta S, et al. This is an open-access article distributed under the terms of the Creative Commons Attribution License, which permits unrestricted use, distribution, and reproduction in any medium, provided the original author and source are credited. 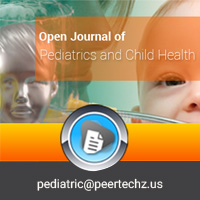