© 2021 Ali AA, et al. This is an open-access article distributed under the terms of the Creative Commons Attribution License, which permits unrestricted use, distribution, and reproduction in any medium, provided the original author and source are credited.

Hip osteoarthritis (OA) is the most frequent and common among all degenerative joint disorders and affecting huge number of individuals. Older females and low income people are more likely to develop Hip OA. A cross sectional survey was conducted in different hospitals of Karachi & Quetta, Pakistan from July to September 2019. A self-constructed proforma was used among all 392 already diagnosed patients to collect the data and Spss version 23 was used to analyze the data. In demographic Characterstics the age, gender and household income were significantly associated with Hip OA (p < 0.05). The study concluded that the people who were older, belongs to female gender and with low house hold income were found physically restrictive due to the hip OA. Older females and people with low income should be prioritized for the treatment of hip OA in order to reduce the restrictiveness from their activities of daily life and to enhance their physical functional capacity.

Osteoarthritis (OA) is the most common age related joint disorder among all degenerative joint disorders and a major cause of chronic disability throughout the world. Primary osteoarthritis is idiopathic and more common in females, it involves Fingers, spine, hips, and knees, while the secondary osteoarthritis involves the joint due to trauma or repetitive injury. Hip joint is one of the most effected joint because OA commonly involves the weight bearing joints. OA is characterized by the progressive loss of bone & cartilage of the joints [1,2]. The risk factors for the Hip OA are joint injury, increasing age and being overweight. In addition, osteoarthritis can sometimes be caused by other factors which are osteogenic, neurogenic, myogenic and hormonal as well. The Bilateral OA is mostly genetically determined and the Women are susceptible to develop hip OA because of osteoporosis which is strongly correlated to progressive skeletal muscular and ligamentous weakness and redundancy [1,3,4].

After the age of 40 years the prevalence OA increases, in people with 65 years of age OA accounts for 75% and it progresses as patient ages. In Pakistan, 26% from urban and 25% population from rural areas are affected with Hip OA. Hip OA appears with pain, discomfort, morning stiffness, and inflammation especially with physical disability of lower extremities, the severity and disability increases as the person ages. Risk factors for the Hip OA are age, gender, obesity, injury, genetics, anatomy and smoking [5-8].

Convenient Non-Probability Sampling Technique was used among 392 patients who were included from above mention hospital and were agreed to participate in the study. Patients were included with confirmed diagnosis of Hip OA, both genders & should understand the Urdu language (National language of Pakistan). While, Patient with rheumatoid arthritis or any other inflammatory disease, Hip replacement, any surgical intervention, central nervous system alteration, malignancy or unwilling to sign inform consent were excluded.

A proforma was used to collect the data, which include the demographic Characterstics (age, gender, marital status, education, occupation, income and locality) while the included clinical characteristics were severity (mild, moderate, severe and not able to move) which was measured through the visual analogue scale [9] along with radiological evaluation [10]. The involvement of the part was described as unilateral (involving one side) or Bilateral (involving both sides) and the use of medications by the patients were asked too.

During the assessment of patient, the trained physical therapists were asked to fill the proforma.

Data was analyzed and presented in frequency and percentages for categorical variables, mean and standard deviations were presented for continuous variables. Inferential statistics (chi-square test) was used to identify relationship between different demographic & clinical Characterstics.

As the approval was taken from the ethical review committee of Faculty of Pharmacy & Health Sciences, University of Balochistan, Quetta, Pakistan. Respectively Approval for the data collection was taken from medical superintendent of concerned hospitals. Informed consent was taken from patient containing that their participation is voluntary, their information will be kept confidential and they can leave the study anytime, after that the proforma was filled for data collection.

The comparison of demographic data with disease characteristics are described in Table 3, which states that the age group, gender and income are statically significant (p<0.05).

Comparison of demographic data vs involvement of part

Age is one of the major contributing factors in Hip OA. A Study reported by Anderson et al in 2010 that Patients with older age are on greatest risk for hip OA. Similarly studies from different part of the world (i.e Australia & United States) concluded that the increase in age have greatest effects on Hip OA and experience more restrictiveness in activities of daily life. Within the context, it is stated that people with old age are more prone to develop Hip due to the detoriation of articular cartilages inside the knee joint [6,7,12].

House hold income was the third major contributing factor which was directly related to Hip OA and the study concluded that the patients with low-income are widely affected by Hip OA. The Hip OA is more common in people with low income as they cannot afford the Mediterranean diet frequently, which somehow cures the OA. The People with low income cannot afford to visit the doctor or to take the therapeutic exercise by trained professional frequently, to cure the OA due to their low socio economic status [2,16,17].

The Patient who were older, belongs to female gender along with low income were highly suspectable for Hip OA. According to observation the older females with low income were found more restrictive especially in the physical activities of their daily life as compare to men [12,18,19].

The study finalized that the people who were older, specially belongs to female gender and with low income were more prone to develop Hip OA. Patient with Hip OA were found restrictive physically, the severity of that restrictiveness were directly linked with the severity of disease and involvement of part.

Older age individuals, females and people with low house hold income ought to be prioritized for the early cure of Hip osteoarthritis (OA), for enhancing their physical & functional capacity.

We acknowledge the support of hospital staff who collected the data. 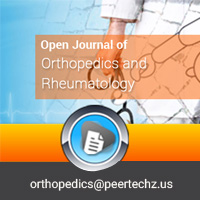