Liver is the largest and one of the most metabolically active organ in the body. With a crucial role in the clearance of toxins such as aflatoxins, microbes and metabolic by-products. This constant exposure to inner and environmental harmful substances may be potentially overwhelmed and be affected by a degree of liver damage ranging from hepatitis and Non-Alcoholic Fatty Liver Disease (NAFLD), Non-Alcohol Steatohepatitis (NASH), These latter two with worrying worldwide expansion (Figure 1) up to liver cirrhosis and hepatocellular carcinoma while representing a risk factor for other illnesss such as cardiovascular disease, stroke and diabetes.

As a matter of fact, the progression from NAFLD to NASH complicated by metabolic syndrome are now representing the emergening and most rising cluster of liver disease leading to liver transplant (Figure 2).

Figure 2: Changing frequencies of HCV infection and NAFLD as indications for liver Transplantation in the U.S.

As for liver support, there is a huge mass of empyrical data coming since the old roots of Traditional Chinese Medicine (TCM) [1], using a multitude of herbal ingredients, variably combined and prepared or associated with other Chinese medicine methods (acupuncture, moxibustion etc.). and sequential protocols. While these old roots surely contained pearls of wisdom, in modern medicine can hardly be assessed and, under no circumstance, cannot be certainly nor replicated neither advised bona fide. This is also because the major main limitation of when trying to transfer old data from TCM to a modern understandable and classifiable setting resides in the lack of knowledge of their multifaceted mechanisms of action and the detailed composition of all extracts modieties. The namber of foodstuff, funtional foods, teas, vegetable oils, and herbal extracts powered by marketing OTC claims to be supporting liver health but unapproved by health authorities is countless, although some of these with published data [2-5]. At the same time, these OTCs are hardly endowed by clear warning as for dosages and interactions with other supplement or drugs. Thus, stores dysplaying luring bottles boasting liver health support may in some unlucky circumstances act as a poison (Figure 3).

Several herbal compounds have been well studied on experimental level in vitro or in vivo but then from such studies no clinical confirmation has even been produced [6-8], or failed to confirm any significant benefit when tested clinically as in the case caffeine, Tetrandrine, resveratrol, andrographolide, curcumin and Danshen extracted from Salvia miltiorrhiza radix [9-11] (Figure 4).

Of course, one cannot rule out that some of the prior disappointing clinical studies suffered from methdological design of by not properly organised multiple assessment as in the case of meta-analysis. In other case, highly commercialised alleged “liver protector” such as shisandra, has been reported to potential bring about side effect on lipid profile [12]. This would be a paradoxical even considering that the most common liver disease is fatty liver which may have a progressive nature [13] and associated to other metabolic syndrome dysfuntions [14-17]. Also Gamboge has blurred its popularity after serious concerns were raised for its potential damage on the redox and inflammatory citokines balance. Also some ginsenosides, extremely popular as a thole,for a range of health benefit may need a careful attention. For eample, some ginsenosides may trigger drug hepatoxicity by inhibiting CYP450 [18]. Two important Japanese compounds such as glycyrrhyzin and sho-saiko-to have almost been abandoned, the first for its unsuitable mandatory intravenous administration and the latter for some severe side effects which have caused its withdrawal from western countries [18]. A minor Japanese compound (but, in reality, a China-imported mixture of panax-ginseng, Eucommia Ulmoides, polygonati rhizome and glycyrrhiza not properly batch-to-bath controlled nor precisely specified in the label), YHK after 10 years of basic science studies [20-23] has disappeared from institutional hospitals and clinics, being unable to produce and publish any sound clinical study and, as a mater of fact, was recently shown on experimental level to be less efficient than an antioxidant complex [24]. Berberine and sylimarin are somewhat good candidates, both being very safe. The former has still a limited but promising clinical studies support [25], while the latter is the most used in the western countries, although of TCM origin. The problem of silymarin is that, although is FDA approved to treat hepatotoxicity, out of a lot of conflicting studies as for its robust significant effect, due to an erratic pharmacokinetis and unpredictable absorption [24], so far meta-analysis have assigned this drug an unclear indication [26]. A most recent promising hepatoprotector was found at an experimental level to be significantly better than sylimarine (Figure 5).

We further tested it in a variety of liver diseases, such as alcohol-related hepatitis, viral hepatitis, drug-induced hepatitis and, particularly, in NAFLD, NASH patients. This is novel mixture obtained by a detailed high-technology powered extraction and purification and isolating the most functionally active moieties (SBF: Specific Bioactive Fractions). This phytomixture containing SBF-isolated effective components (oleanolic acid and saponins-rich ginsenosides, lignans, phenolics and steroids-rich eucommiaceae extracts and alpha-OH-ursolic triterpene derivative) linked to a glyco-carrier was tested in a large multicenter study with significant benefits in liver profile and in epigenetic modulation of key genes for liver functions [27] (Figure 6).

While pharmacological treatment of viral hepatitis have made relevant steps ahead, the scenario of non-viral, benign liver dysfuntion is rapidly increasing in the last decades. This implies, besides better diet- and life-style approach, a wider involvement of “protecting” natural liver supplements. However, in the quest for giving ground to the clinical application to natural compound, pharma-grade of natural plants selecton, extraction and batch-to-batch control are mandatory. Moreover, newer molecular biology techhnologies nowadays available to improve and deepen the scrutiny of the mechanisms of action and interaction of natural compounds. While old traditional medicine reports maintain a source of hints for the medical field, they need to be taken as an impulse to advance and fine tune more modern and safe therapeutic weapons. The use of natural compounds, either used as alone or in adjunt to pharmacological treatments do represent a fascinating scenario in human health.

The authors declare that the research and the present article was conducted in the absence of any commercial or financial relationships that could be construed as a potential conflict of interest. The clinical study was fully supported by ReGenera R&D International for aging International (www.regenerainternational.com) which is a EU-registered not for profit research organization and by donations from Liver Support patients associations.

© 2021 Marotta F. This is an open-access article distributed under the terms of the Creative Commons Attribution License, which permits unrestricted use, distribution, and reproduction in any medium, provided the original author and source are credited. 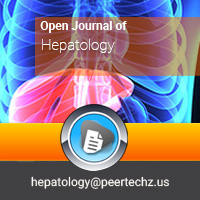