Application of a 3R-method: Time-dependent spasmolytic effect of nonylphenols (NPs) and nonylphenolethoxylates (NPEs)

© 2022 Fuerhacker M, et al. This is an open-access article distributed under the terms of the Creative Commons Attribution License, which permits unrestricted use, distribution, and reproduction in any medium, provided the original author and source are credited.

Nonylphenol ethoxylates (NPEs) are non-anionic surfactants that were used as detergents, emulsifiers, wetting, and dispersing agents in a wide variety of consumer products, commercial products, and many industrial cleaning processes. In some parts of the world such as China or South Africa, nonylphenol (NP) and NPE remain a problem. NP and short-chained NPE as breakdown products are toxic and considered endocrine disruptors. This study used a 3R-method to investigate the time-dependent spasmolytic effect in isolated terminal ilea of guinea pigs. Nonylphenol (4-NP), nonylphenol-n-ethoxylate (NP3) and 4-n-nonylphenol (4-n-NP) with a straight nonyl-chain were used. 4-n-NP did not show a significant time-dependent effect, whereas NP3 resulted in a time-dependent decrease in the force of contraction. 4-NP in a concentration of 3 µmol/l caused a decrease and a concentration of 10 µmol/l initially increased and then decreased the force of contraction. The inference from this study is that the branching of the NP and the ethoxylates had different spasmolytic effects and the results indicate that this organ model could supplement in-vitro 3R test batteries to screen for environmental effects.

Nonylphenol (NP) and nonylphenol ethoxylate (NPE) were some years ago mass products of the chemical industry and used as surfactants in household and industrial products and processes such as in textile, leather or pulp, and paper manufacture. They were also added to acrylic esters used for specialist coatings, adhesives, fiber bonding, and paint mixture stabilizers and used as wetting agents in the development of photographic film, as wall construction materials, as road surface materials, and also in the cleaning of metals [1]. In agriculture, NPEs were applied as wetting agents in pesticide formulations [1]. As in 2012 NPE were banned by ECHA as they were listed in part 2 of Annex I of the Regulation (EC) 649/2012 and therefore shall not be placed on the market or used as substances or in mixtures in concentrations equal to or greater than 0.1 % by weight for all of the above- mentioned purposes. In the European environment the concentrations drop, but in other parts of the world such as China or South Africa NP and NPE remain a problem.

NPEs are mainly emitted into the wastewater and reach the water environment via the sewer system with or without treatment. During the anaerobic digestion of the sludge treatment, a major part of the NPEs is degraded but some of it is metabolized to NP. Research results showed that also in the environment the ethoxylate part of the surfactant breaks down quickly, while the NP is more stable. As a consequence, NP has been found in sewage sludge and sediments [2,3]. Various publications raised concerns regarding the environmental persistence of NP-related compounds and their toxicity including endocrine activity [4]. Although NPS is only weakly estrogenic and is generally found in the environment at low and individually ineffective concentrations, there is no convincing evidence that they can act together in combination with other chemicals that have the same mechanism of action [5]. An assessment of the risks to human health and the environment from exposure and release of NPs and their ethoxylates has been carried out under Council Regulation EEC 793/93 and there has been concern that it could accumulate to levels that could cause harm to the environment. The assessment identified the need to reduce risks to the environment from NP / NPE and included NPs in the list of priority hazardous substances of the Water Framework Directive (2008 and 2013). NPs are toxic to fish, aquatic invertebrates, and algae, affect plant growth and impact the mobility, reproduction, and mortality of terrestrial invertebrates [6]. They can also affect organisms higher up the food chain through the consumption of lower organisms (particularly terrestrial organisms). For the prediction of aquatic or terrestrial toxicity, standardized methods (e.g. OECD guidelines) are used in conventional ecotoxicology. In recent years researchers discovered environmental effects that were not covered by these methods. Lema, et al. [7] and Incardona, et al. [8] found that 2,2', 4,4'-tetrabromodiphenyl ether (PBDE 47) and 3-ring PAHs (e.g. phenanthrene) induced morphological abnormalities, impair cardiovascular function and cerebrospinal fluid flow and for the PAH the inhibition of cardiac conduction and cardiac dysfunction in zebrafish embryos and also herring and salmon embryos.

Therefore, the risk assessments for emerging contaminants require new approaches which could be applied as a first screening on toxicity in complex samples and show additional effects which are under potential consideration. The aim of this study was to use a 3R-method (3R means replacement, reduction, and refinement of animal testing) which is part of the preclinical drug investigation for the characterization of NP and NPE. The time-dependent spasmolytic effect in isolated terminal ilea of guinea pigs was studied [9]. This method was first used for studying toxic effects in complex wastewater samples [10].

Technical nonylphenol (4-NP) is a mixture of isomers and contains between 1 and 5 % octylphenol (Hager 2001). Gülden (1997) estimates the fraction of NP up to 70 %, whereas octyl, butyl, and other alkylphenols represent only 30 %.

Stock solutions of the compounds were prepared in DMSO every day and were further diluted with distilled water to the required concentrations.

Guinea pigs (Him DH) were obtained from the Department of Laboratory Animal Science and Genetics (Himberg, Austria) and housed in an air-conditioned room with a 12 h photoperiod and a temperature of 22 ± 1°C and relative humidity of 50-60%. Male and female guinea pigs (340-480 g) were killed with a blow on the neck. The terminal portion of the ileum was removed and the 10 cm nearest to the caecum was discarded. The intestine was placed in a nutrient solution. The intestine was cleaned by flushing with nutrient solution and cut into 2-3 cm long pieces. The preparations were placed in a continuously oxygenated (95% O2 and 5% CO2) bath of 28 ml nutrient solution at a temperature of 35 1° C containing (in mmol/l): NaCl 136.90, KCl 2.7, CaCl2 1.80, MgCl2 1.05, NaH2CO3 24.0, NaH2PO4 0.43 and glucose 11 to guarantee sufficient oxygen supply and appropriate pH as well as circulation of nutrient solution with and without test compound. The intestine was connected to a tissue holder and a force transducer (TransbridgeTM, 4-Channel Transducer Amplifier, World Precision Instruments, Sarasota, FL, USA­). Isometric tension was measured by the method described by Reiter [9] with a chart recorder (BD 112 Dual Channel, Kipp & Zonen). The resting tension of 4.9 mN was kept constant throughout the experiments. Terminal ilea were stimulated with 60 mmol/l KCl. To study the relaxing effect, after a control period of 60 minutes the NPs were cumulatively added to this solution in a concentration range between 1 and 300 µmol/l until a steady state was reached. The effective concentration at 30% reduction (EC30) was graphically estimated when applicable.

Data are presented as arithmetic means and standard error of the mean (SEM) of n experiments. DMSO activity was subtracted. The statistical significance of the results was evaluated by the Student's t-test for paired observations. Differences were considered to be statistically significant if the P-value was less than 0.05.

To evaluate the health risks of chemicals for the population, the criteria exposition and effect have to be interconnected. The exposition of NPs to the population can occur in three main ways: (1). Firstly, accumulation of the chemicals in the food web (fish) and therefore absorption by the population through “secondary poisoning”. (2). Secondly, abstraction of surface and groundwater for the production of drinking water, and (3.) thirdly, direct uptake of surface water for example whilst bathing, which represents the most improbable way of exposition.

Furthermore, the toxicity of the analyzed substances for humans and mammals can be divided into acute, chronic, and hormonal toxicity. Concerning the acute toxicity of NPs and alkylphenolpolyethoxylates, a connection between the chain length of the chemicals and their toxic effect has been described. Servos [11] discovered that NPs, octylphenols, and short-chained metabolites are more toxic than substances containing long chains. Nonylphenol is moderately toxic by the oral route, with LD50 values for the rat in the range of about 1200 to 2400 mg/kg. The dose-response curve for lethality is steep and erosion of the stomach mucosa is sometimes seen. The acute toxicity of nonylphenol by the dermal route is similar, with an LD50 of about 2000 mg/kg in rabbits. Additionally, there are no major concerns about the mutagenic and carcinogenic effects of NPs [1]. For toxic effects on reproduction, a NOEL (no-observed-effect-level) of 15 mg/kg/day (rat; 4-NP, mixed-branch (CAS-Nr. 84852-15-3) and NP (CAS-Nr. 25154-52-3) was observed. NP and NPEs do exhibit estrogenic activity. For NPEs the activity was found to increase with decreasing chain length, with NP showing the greatest activity. Most of the tests indicate that estrogenic effects may start to occur at around 10-20 µg/l. It has also been reported in the literature that the endocrine-disrupting effects of branched-chain isomers are stronger than those of linear chain isomers [12] and Kobayashi, et al. [13] also indicated that the toxicity of branched-chain 4-NP to Oryzias latipes is higher than that of linear chain 4-NP.

Uguz, et al. [14] determined the effects of NP on epididymal rats and found, that the acrosomal integrity of sperm was significantly reduced with the lowest concentration (1 μg/ml) of NP, and higher concentrations resulted in a dose-dependent induction of the acrosomal reaction (P < 0.05). Similarly, the percentage of sperm with high mitochondrial membrane potential (MMP) declined dramatically after exposure to 100, 250, and 500 μg/ml NP (P < 0.05). These results indicate that the major mechanism of action of NP on rat sperm is by adversely affecting their acrosomal integrity. However, NP-induced impaired sperm motility and decreased MMP is also likely to play an important role in the destruction of sperm function.

Kim, et al. [15] analyzed in vitro gene expression profiles in NP-treated HK-2 cells and identified a total of 1,727 genes as being either over or down-expressed over 2-fold changes (P -value<0.05). The functional classification of differentially expressed genes showed that cell death-related genes were regulated by NP in HK-2 cells.

Our results indicate that technical NP exhibits gut stimulatory and inhibitory effects, whereas NP-3 and 4-n-NP had only inhibitory effects. 4-n-NP had far less activity than NP-3. NP-3 showed the most significant spasmolytic effect compared to the other investigated compounds and mixtures. A similar effect on the myometrical contractile activity in rats was investigated by Yasemin Özatik, et al. [16]. P-NP exhibited a concentration-dependent inhibition of spontaneous uterine contractions at a concentration on the µmolar level [16].

The method applied can be used in a test strategy to predict the adverse effects of environmental pollutants on animals and humans in terms of gastro-intestinal disorders with the help of a 3-R method. 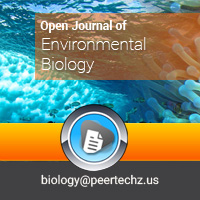