© 2022 Yamin, et al. This is an open-access article distributed under the terms of the Creative Commons Attribution License, which permits unrestricted use, distribution, and reproduction in any medium, provided the original author and source are credited.

Purpose: The purpose of the study is to investigate the potential in vitro antioxidant activity assay and phytochemical content of Libho fruits.

Free radicals are molecules or compounds with one unpaired electron in their outer shell, making them relatively unstable and highly reactive. Because of their reactive nature, free radicals are always trying to attract electrons from other molecules or other cells in the body that are around them. Its ability to oxidize other molecules can result in oxidative damage in the body. One example of free radicals is reactive oxygen species (ROS). ROS can react and disrupt macromolecules, such as proteins, lipids and nucleic acids in the body. If it cannot stop the damage caused by ROS, it causes oxidative stress [1,2]. Oxidative stress is an essential factor in various types of pathogens in chronic disease. As a result, oxidative stress is the causative agent of various diseases such as arthritis, cancer, asthma, atherosclerosis, diabetes and Parkinson’s and Alzheimer’s diseases [3,4].

Antioxidants are molecules or compounds that play a role in preventing and stabilizing damage caused by free radicals by donating electrons or protons from antioxidant molecules to damaged cells. Antioxidants can also convert free radicals into waste products, which are excreted from the body [5-7]. Antioxidant compounds such as phenolics, flavonoids, and polyphenols can scavenge free radicals such as hydroperoxides, peroxides, or lipid peroxyl so that they can inhibit oxidative mechanisms that cause degenerative diseases [7-9]. Natural sources have been considered good antioxidants since ancient times. Plants in traditional medicine are used to treat chronic and infectious diseases [10,11]. The abundance of plant materials that exist in nature causes the interest of researchers to seek new medicinal sources from plants to increase. The plant contains chemical components that can provide certain physiological effects on the human body, such as alkaloids, flavonoids, tannins and other phenolic groups [12,13]. Traditional medicines from plants and their extracts, usually used as a treatment for various infectious diseases, are being modified and refined into modern formulations that can be used in various diseases such as ischemic heart disease, diabetes, atherosclerosis, liver disease and initiation carcinogenesis [14] Libho (Ficus Septica Burm. F) is one of the plants used in traditional medicine, among others, as an effective therapy in treating hypertension, liver, and diabetes. Degenerative diseases such as cancer and aging are caused too often exposed to free radicals [15],. This plant reported secondary metabolites, including alkaloids, tannins, saponins, terpenoids, and flavonoids [16]. The flavonoid group is found in E. odoratum L plants, is flavonols, flavanone and chalcones. In addition, it also contains phenolic acids, such as ferulic acid and protopathic acid [17]. The presence of phenolic compounds in the Libho plant allows it to have the potential as an antioxidant. Because the antioxidant activity in plants is generally related to the total phenolic and flavonoid content [18]. The ability of phenolic and flavonoid compounds as antioxidants is due to the ability of flavonoid and phenolic compounds to donate hydrogen atoms both in the form of glycosides and in the free state or aglycones [19]. This study aimed to evaluate the ability of phenolics and total flavonoids as antioxidants.

Seven hundred and fifty grams of Libho fruit powder was macerated with 10 L methanol for 72 hours. The extract obtained was concentrated with a rotary evaporator to obtain crude extract. The crude extract (105 g). after the 90-gram crude extract was partitioned with the aid of a separating funnel into hexane-soluble (24 g), chloroform soluble (17.2 g), ethyl acetate soluble (16.6 g) and water fractions (35.9 g). the extraction and fractionation scheme is shown in Figure 2.

Determination of the antioxidant properties of the sample using the ABTS method, the ABTS cation radical was first prepared following the method [20,21], namely, making seven mM ABTS solutions, namely by dissolving 18 mg ABTS in 5 mL solution, then added 5 mL of potassium persulfate solution, incubated in a dark room at 23 0C for 16 hours before use, resulting in ABTS with a dark blue color. Measure the antioxidant capacity of samples with ABTS radicals was carried out by adding 3 mL of methanol to 1 mL of sample and 1 mL of ABTS cation radical solution. Shake until homogeneous and incubated in the dark for 10 minutes at room temperature. The absorbance of the solution was measured at 745 nm.

Cupric Reducing Antioxidant Capacity (CUPRAC) was evaluated by following the method [22,23] with some modifications, using copper(II)- neocuproine reagent as the chromogenic oxidizing agent and ascorbic acid as the standard. This assay carefully mixed 1 ml of the sample with 1 ml of neocuproine (7.5 mM) and CuCl2 (10 mM) reagents, and the absorbance was measured at 450 nm after 30 min.

Extracts and fractions were analyzed for TPC by the Folin-Ciocalteau assay as described by [24-26] using gallic acid as standard. Briefly, put 1 ml of the sample in a test tube, and then 0.4 mL of Folin- Ciocalteau reagent was added, then allowed to stand for 5-8 minutes. Then 4 mL of 7% Na2CO3 solution was added and then shaken until homogeneous. Then it was allowed to stand for 30 minutes at room temperature, and then the absorbance was measured using a UV-Vis spectrophotometer at 750 nm. The total phenolic content was calculated as milligrams of gallic acid equivalent (mg GAE/gram sample).

Measurement of flavonoid content using the aluminum chloride method, as described by [27-29], with minor modifications. Briefly, added as much as 1 ml of the sample and 3 mL of methanol p.a, then 0.2 mL of 10% AlCl3 and 0.2 mL of 1 M potassium acetate. Then made up 10 ml with distilled water. Shake until homogeneous and incubated at room temperature for 30 minutes. Then the absorbance was measured using a spectrophotometer at 417 nm. The total flavonoid content was calculated as milligrams of quercetin equivalent (mg QE/gram sample).

All data were represented as mean and standard deviation of three parallel measurements and analyzed with SPSS version 16.0 (SPSS, Chicago, IL, USA) and Microsoft Excel (American corps). The difference between the means was calculated by one-way analysis of variance and was considered significant if p < 0.05. The antioxidant activity test was carried out in at least three replications. Pearson correlation coefficient (r) was determined to determine the relationship between phenolic and flavonoid content and antioxidant activity.

Determination of antioxidant strength using the ABTS method is obtained from the oxidation of potassium persulfate with ABTS salt [30], as shown in Figure 3. This method measures the relative ability of antioxidants to scavenge ABTS. The ABTS method has greater sensitivity in detecting antioxidant capacity because its response to antioxidants is higher than the DPPH method and has faster reaction kinetics [31]. The principle of the ABTS method is based on the ability of antioxidant compounds to stabilize radicals by donating protons to radical compounds. The process of capturing protons by radical compounds is characterized by a change in the color of the radical solution from blue to colorless. The speed of decreasing color intensity indicates the strength of antioxidant compounds in reducing free radicals [2,32,33]. ABTS assay can be carried out on lipophilic and hydrophilic compounds observed at 750 nm. Based on the results of the ABTS method, showed that the extract and fraction of Libho fruits had very strong radical scavenging abilities, as shown in Table 1.

Another method used to measure the antioxidant activity of Libho fruits is the CUPRAC method. This method uses copper neocuproine (2,9-dimethyl-1,10-phenanthroline) chelate abbreviated (Cu(II)-Nc ) as a chromogenic oxidant [35,36]. An antioxidant reduces Cu (II) to Cu (I) in this test. The chromophore Neocuproine (Nc) reacts with CuCl2 to form a Cu(I)–Nc complex at pH 7 at a wavelength of 450 nm. The reaction of chromogenic reagents with n-electron reductant (AO) of antioxidant compounds produces a stable yellow-orange color within 30 minutes.

The chromogenic oxidizing reagent of the developed CUPRAC method, namely, Cu(II)-Nc, reacts with an n-electron reducing antioxidant (AOX) [37], as shown in Figure 4.

The flavonoid compounds in the fruits of Libho were measured by adding hydrochloric acid and aluminum powder. This addition aims to reduce the benzopyrene core in the flavonoid structure so that the color changes to orange and red [39]. Changes in color to red and orange indicate the formation of a complex between the hydroxyl group and the ketone or hydroxyl group in the ortho position. Meanwhile, the addition of sodium acetate to detect the presence of a 7-hydroxy group indicates a flavonol group [40]. Therefore, in this study, quercetin was used as a standard.

Determination of phenolic content in Libho fruits using the Folin-Ciocalteau method. The principle of this method is the formation of complex compounds that are blue. The formation of this blue color occurs because the Folin-Ciocalteau reagent oxidizes the phenolic group (alkali salt) or the phenolic group reduces heteropoly acid (phosphomolybdate-phosphotungstic) into a molybdenum-tungsten complex. The reaction between phenol compounds and the Folin-Ciocalteau reagent can only occur in an alkaline environment. As a result, protons dissociate in phenolic compounds into phenolic ions. The greater the concentration of phenolic compounds in the sample, the more phenolic ions that will reduce heteropoly acid (phosphomolybdate phosphotungstic) to a molybdenum-tungsten complex so that the resulting blue color is more intense [40].

The high content of phenolic and flavonoids in an ordinary sample correlates with the antioxidant activity of natural compounds. This is due to the presence of hydroxy groups in flavonoids and phenolics. The hydroxy group contributes to scavenging radicals or reducing radicals because the hydroxy group compounds in phenols and flavonoids have redox properties and high hydrogen mobility capabilities in their molecular structure [41-43]. In addition, the presence of hydroxyl groups, and o-hydroxy groups in phenolic and flavonoid compounds, greatly influences free radical scavenging. In addition, polyphenolic compounds such as flavonoids, an ortho-dihydroxy structure in ring B, 2,3 double bonds in conjugation with 4-oxo in ring C, hydroxy groups at positions 3 and 5 on ring A, or the angle between the rings in the compound structure causes the antioxidant effect [44-47].

Gratitude is due to the Rector of Universitas Halu Oleh, who has funded this research through DIPA Halu Oleo University in the Basic Research Program, 2020 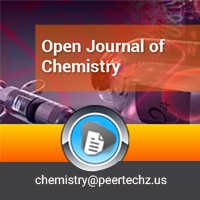