© 2021 Shanti Kumari L, et al. This is an open-access article distributed under the terms of the Creative Commons Attribution License, which permits unrestricted use, distribution, and reproduction in any medium, provided the original author and source are credited.

Mycobacterium is immovable induce aerobic, acid-fast gram-positive bacilli with high genomic content (59-66%). In the operon structure frequently establish for the genes of three molecular components: the ABC-binding protein, the membrane protein, and the substrate-binding protein, the rates of multidrug resistant and metal ions. The main objective of this study was to analyze the metal ions from five Mycobacterium species and to identify the metal transporters with “Genomic Island” associated features, in-silico analysis allowed identification of metal and drug transporters, phylogenetic analysis, genomic island path analysis, prediction of interacting metal ions, 3D structure, domain analysis and for the NiCoT metal transporter from Mycobacterium tuberculosis. These data are the first results of a big frame project that aims to accelerate the prioritizing of gene candidates that control element accumulation by taking advantage of high-throughput. The present in-silico study reveals the complete suite of NiCoT Metal Transporter in Mycobacterium tuberculosis H37Rv, which is involved in urease enzyme activity and biological function. The STRING analysis defines that the functional partners involved in transport of metal ions. While high expression yields of membrane proteins remain significant bottleneck for many proteins.

In recent years the complete genome sequences of versatile organisms from the three domains of life are rapidly accumulating. It is now possible to attempt to reconstruct and analyze a complete set of biochemical reaction pathways that an organism adopts, especially on the transport, synthesis, and degradation of specific chemical compounds [1]. Through comparative studies, metal ions play a life preserve role in prokaryotic metabolism [1-3]. Biological management of metal ions is skilled by a complex interplay between metal ion and drug transporters (transmembrane importers, transmembrane exporters) and their regulatory components [1-5]. Mycobacteria belong to the family Mycobacteriaceae and are members of the CMN group (Corynebacteria, Mycobacteria and Nocardia). The families Mycobacteriaceae are gram-positive, immobile, catalase-positive have a rod like to filamentous morphology and it could be pleomorphic. As a group, they produce characteristic long chain fatty acids termed mycolic acids. Mycobacteria are acid-fast rods of variable appearance, approximately 0.2 - 0.6 by 1-10 mm. The genus Mycobacterium consists of 127 species according up to the minute approved list of bacterial species [3]. Mycobacteria arranged into four groups according to the Runyon classification: a) Photochromogens: slow growers and form pigment when exposed to light. (e.g.: M. kansasii, M. marinum, M. simiae). b) Scotochromogens: slow growers and form pigment in the dark (e.g.: M. scrofulaceum, M. szulgai, M. gordonae). c) Non-photochromogens: slow growers and not pigmented (e.g.: M. malmoense, M. xenopi, M. avium-complex, M. ulcerans, M. haemophilum). d) Rapid growers: fast growers (e.g.: M. fortuitum, M. chelonae, M. abscessus). Most slow-growing species have been associated with disease in humans while only few species of group 4 are disease associated [6,7]. The identification of a new species was conventionally based on the description of the Runyon classification, the biochemical properties of the strain(s) and the degree of DNA-DNA hybridization. Taxonomically, Mycobacteria are the single genus within the family of Mycobacteriaceae, in the order Actinomycetales. It includes pre-nominal micro-organisms and they are traditionally differentiated on the basis of phenotypic characteristics, culture properties that help to separate among various species of Mycobacteria. It is also a leading cause of infection in various domesticated animals and wildlife. The Mycobacterial cell envelope, which is an analyzable tripartite structure containing a high proportion of lipids (approximately 30% to 40% of the total weight) could play an essential role in the adaptation of Mycobacteria to intracellular growth and survival, immune modulation and drug resistance [7]. The availability of complete genome sequences of five species namely M. avium K10, M. leprae AF2122, M. bovis 97, M. tuberculosis H37Rv, M. smegmatis str. MC2155 provided an opportunity to analyze the metal transporters and multidrug transporters [8-22]. Secondary transporters from the NiCoT family are able to uptake either both Ni and Co, or prefer only Ni ions. NiCoT’s are widespread among bacteria and found in some Archaea and fungi. Substrate preferences correlate with the genomic localization of NiCoT genes adjacent to clusters of Ni/Co - dependent enzymes and enzymes of B12 biosynthesis, as well as with the presence of Ni or B12 regulatory sites upstream [4,5,23-35].

Compilation of metal and multidrug transporters

CLC workbench has employed to analyze the metal transporter and multidrug transporter proteins [10]. The protein sequences were collected and aligned to identify regions of similarity that may be a consequence of functional, structural or evolutionary relationships between the sequences. Conserved domains are identified by using Motif Search in KEGG database. The conserved motif in the ATP dependent transporter’s membrane domain “LSGGQ” has been identified. This domain is the signature sequence for the ABC transporter proteins [4,5,10].

Phylogenetic analysis is an illustration of the evolutionary relationships among a group of organisms. It was performed with the characterized prototypes using CLC protein workbench. For this analysis, Multiple Sequence Alignments (MSA) were produced using progressive alignment algorithm. The generated pair wise alignments were used for finding the evolutionary distance between the pairs. Pair wise distances thus calculated was used to create a Phylogenetic tree-employing Neighbor Joining (NJ) algorithm with 1000 bootstrap replicates [5,10].

Mycobacteria species are ecologically diversified organisms habituated to grow in host-associated environmental conditions and some are multiple. In the five species named above except Mycobacterium leprae all are host-associated and it is multiple. Organisms to get acquainted to specific niche, they need to meet the requirements to survive in that conditions. Horizontal gene transfer mechanism is involved in the achievement of essential needs. Island Path Analysis was used for the detection of metal and drug transporters acquired through HGT. After generating the complete inventory of metal and drug transporters, we inspected the genomes of five Mycobacterium species with island path software (IPA version 1.0 tool) for the identification of those transporters located in GI’s or exhibiting GI associated features like anomalous %G+C, dinucleotide bias above 1 STD DEV, presence of RNA genes (tRNA, rRNA genes) and mobility genes (transposons, insertion sequences). A pre-nominal GI can be identified with certainty by the presence of eight or more consecutive ORF’s with dinucleotide bias alone or dinucleotide bias plus a mobility gene in proximity [1].

Identification of metal ion transporters and their sub cellular localization

The protein transporter has transmembrane helices which are identified using a tool TMHMM (Trans Membrane prediction using Hidden Markov Models) an option present in Transport DB. The transporters with transmembrane helices are then subjected for the identification of protein sub cellular localization using PSORTdb (http://db.psort.org/). It is a web accessible database of SCL for bacteria that contains both information determined through laboratory experimentation and computational predictions [12].

Prediction of interaction and interacting partners of the metal ion transporters

The Nickel & Cobalt metal transporters are the major constituents in urease enzyme & many biological functions. The protein-protein interactions are studied using STRING database (http://string-db.org/). It is pre-computed global resource for the exploration and analysis of the associations. Since the evidence differs conceptually, and the number of predicted interactions is very large, it is essential to be able to assess and compare the significance of individual predictions. Thus, STRING contains a unique scoring-framework based on benchmarks of the different types of associations against a common reference set, integrated in a single confidence score per prediction [5,14].

After STRING analysis, the NiCoT transporter which is involved in transport of Nickel efflux are subjected to Homology Modeling and their 3D models are generated by selecting the reliable template using Swiss-Model (http:// swissmodel.expasy.org/) [15]. The SWISS-MODEL template library provides annotation of quaternary structure and essential ligands and cofactors to allow for building of complete structural models, including their oligomeric structure. The 3D structures that were built are subjected for verification using RAMPAGE (http://mordred. bioc.cam.ac.uk) and active domains are analyzed using ProDom (http://prodom.prabi.fr) [1].

From genome to metal and drug transportome

The multidrug transporters are aligned using CLC Workbench Software and ClustalW and Phylogenetic tree is also constructed (Figure 2). Horizontal gene transfer effect plays an important role in the acquisition of the requirements to adapt to specific niche conditions. Island path analysis tool is used to analyze Genomic island associated features of metal ion transporters for 5 Mycobacterial sp. Thus, island path analyzer gave us the clear idea on the number of metal ion transporters acquired through HGT mechanism in the Mycobacterial sp. [34]. The NiCoT (Rv2856) metal transporter with its sub cellular localization is identified from Transport DB and PSORTdb respectively (Figure 3). From the above-mentioned data, the protein is subjected to STRING analysis and their interactions and interacting partners are identified. The interactions indicate their functional protein partners are involved in the mechanism of transport of metal ion are interacting with each other (Figure 4). STRING database analyzed protein is subjected to Homology Modeling & 3D structures are relied which are generated using the template from Swiss Model tool (Figure 5). The structures are validated using RAMPAGE (Figure 6) and its function & domains are identified using PRODOM. From this analysis it is clear that the NiCoT protein transports the metal ion as their functional domain is Secondary Transporter.

In this study we have performed a dataset cataloguing for 69 metal and 243 drug transporter proteins from five Mycobacterial sp. This is the comprehensive genomic comparison of metal transporters, providing potentially important insights into the fundamental molecular aspects and novel facets of Mycobacterial metal transporters. Transition metals nickel and cobalt are essential components of many metalloenzymes. Ni-dependent enzymes are urease, [NiFe] hydrogenase [Ni] superoxide dismutase, CO dehydrogenase, and methyl-CoM reductase. In the form of coenzyme B12, cobalt plays a number of crucial roles in many biological functions. Also, there are some noncorrin-cobalt-containing enzymes (e.g. nitrile hydratase). Synthesis of Ni / Co enzymes and coenzyme B12 requires high-affinity uptake of the metal ions from natural environments where they are available only in trace amounts. Ni and Co uptake in bacteria is mediated by various secondary transporters and by at least two different ATP-Binding Cassette (ABC) systems. It is thought to be involved in transport of nickel across the membrane responsible for translocation of substrate across membrane. For the urease enzyme activity nickel metal ion is used as a co-factor and vitamin B12 enzyme activity cobalt ion is used as a co-factor. The present in-silico study reveals the complete suite of NiCoT Metal Transporter in M. tuberculosis H37Rv, which is involved in urease enzyme activity and biological function. The STRING analysis defines that the functional partners involved in transport of metal ions.

The authors thank to the Department of Science and technology [INSPIRE Faculty Award (DST) IFA12-LSPA-11to GR]. 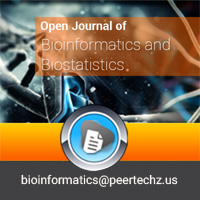