Background: Dipstick test is a rapid test for diagnosis of urinary track infections (UTIs). Rapid test should be accurate so that does not give a lot of false results that may subject patients to wrong treatments especially when used alone. Therefore, this study was set to determine the diagnostic performance of dipsticks tests by comparing with a standard urine culture

Methods: Microbiological investigations of urine samples suspected of UTIs were performed at Central Pathology laboratory, Muhimbili National Hospital, Dar es Salaam. Dipsticks tests (leucocyte esterase and nitrite) were immediately performed from the submitted urine samples. Both positive and negative samples by dipsticks were subjected to quantitative urine culture using cysteine lactose electrolyte deficient agar (CLED). Diagnostic performance such as sensitivity, specificity and predictive values were determined by cross tabulation using GraphPad prisms whereas the distributions of the culture-isolated bacteria were expressed in frequency and percentage. Type 1 error for signifi­cance was 0.05.

Urinary tract infection, which affects the kidney, bladder or urethra, is one of the most common bacterial infections of public concern [1]. They are common in community and the second cause of bacteremia in hospitalized patients [2]. Children especially female and pregnant women contribute to about 80% of all urinary tract infections UTIs [3]. Early detection and treatment of UTIs is recommended and may help to reduce the incidences and its associated complications [4]. On other hand, inaccurate diagnosis of UTIs exposes patient to a wrong and unnecessary treatment [3,5]. There are several tests available for diagnosis of UTIs such as gram stain, dipstick, automated assay and urine culture remains [2]. Of all the tests urine culture remains to be the standard method for diagnosis of UTIs especially in low and middle-income countries [5].

However, urine culture is an expensive and time-consuming procedure, which needs an equipped microbiology laboratory, high skilled/experienced personnel and may take up to 72 hours to establish the diagnosis [3]. In resource-limited settings the most practical and convenient method for diagnosis of UTIs is urine dipstick test, this method allows early detection of UTIs, inexpensive; require less time and expertise making it reliable and rapid diagnostic test in high-risk patients [3,4].

In the past two decades, studies have examined the accuracy of dipsticks tests as a rapid test for detection of bacteria in urine but none found an adequate explanation in terms of their accuracy [6-11]. Moreover, poor accuracy of any test subject patients to unnecessary treatment hence provoking antibiotic resistance [9,11,12]. In addition to that, several meta-analysis have reported major heterogeneity of diagnostic accuracy of dipsticks across studies hence stimulates a continuing debate on the use of dipsticks tests as a sole test in diagnosis of UTIs [12,13].

Therefore, this study was conducted to determine the diagnostic performance of dipsticks tests from the clinically UTIs suspected patients.

Study population: Both in and out patients of all age groups with suspected UTIs receiving medical/health care services at MNH and submitted urine sample for laboratory analysis following clinicians request [14].

Sample size and sampling technique: A total of 300 samples were randomly selected from patient’s urine sample suspected to have UTIs.

Mid-stream urine samples in a provided sterile, wide mouthed bottle were collected from patients suspected to have UTIs.

Patients suspected to have UTIs were instructed by the attending clinician to collect mid-stream urine samples in a provided sterile, wide mouthed bottle. Immediately after receiving a sample, direct gram stain films were performed to examine the presence of microorganisms, epithelial cells, neutrophils and macrophages for guiding culture procedures [15-20].

Culture growths of 105 colony forming unit/ml (Cfu/ml) were considered significant bacteriuria while less than 104 Cfu/ml were considered non-significant, those with growth between 104 - 105 Cfu/ml and those contaminated plates counted 105 Cfu/ml their culture were repeated [21]. All organisms isolated were identified based on colonial morphology, Gram staining and relevant biochemical tests [22].

Tanzania as of developing countries lack facility that support urine culture for diagnosis of UTIs, most of dispensaries, health centers and some districts hospitals rely on rapid dipsticks tests results for establishing diagnosis of UTIs [15]. The use of dipsticks tests has been reported to have shortcoming such as poor accuracy but the test has some advantages especially in resources limited settings as it takes short time, less expensive when compared to urine culture and may also help in earlier initiation of treatment especially for the people who are at high risk such as children and pregnancy women [7-12].

We report the findings from the study conducted at MNH (tertiary hospital) between January and June 2018 from the urine samples suspected to have UTIs. In this study, urine culture and dipstick results were compared where urine culture was considered as a gold standard [3,5]. Results from this study showed that urine dipstick test might be considered for rapid test to diagnose UTIs but not as a definitive test.

Also, study conducted in Duzce University Turkey, were 250 morning urine specimens tested by using dipstick and microscopic and cultured. 35% of patient had positive urine cultures with 105 colonies/mL or greater. Sensitivity and specificity of dipstick were 80% and 60% respectively. Positive predictive value (PPV) and Negative predictive value (NPV) for dipstick were 52% and 84% respectively [16].

A study done at Bugando Medical Centre, conducted among 370 febrile children. The prevalence of positive urine culture was 39.7% with sensitivity of leukocyte esterase and nitrate was 8.8% and 21.7% with specificity of 99.1% and 97% respectively [3].

The above studies with either combined or separated LE and NIT as the parameters of dipsticks tests have shown heterogeneity in accuracy hence exclude dipsticks tests in ruling out UTIs [3,16,17].

Nevertheless, in resource-limited setup, where the facility of culture is not available, urine dipstick can be used to rule out urinary tract infection in order to avoid unnecessary use of antimicrobials, support from this finding found that only 73% of all UTIs suspected patients were found positive when dipstick was used, so in place of dipstick about 27% suspected to have UTIs could have been saved from irrational use of antimicrobials.

On the other hand, we found that, bacteria showed significant growth, Gram-negative bacteria where Escherichia coli were mostly isolated. Gram-positive bacteria isolated and identified were Staphylococcus saprophyticus and Enterococcus sp. These findings are close to study conducted at MNH in pregnancy women between January 2007 and December 2009 which found E. coli a leading causative [24]. This study has therefore found Gram-negative bacteria to be more responsible for UTIs, similar findings have been reported in rural Tanzania [25] as well as elsewhere [25-28].

We are grateful to MNH for granting permission to conduct this study and thank all Clinicians and Laboratory personnel at MNH for their different forms of support during the phase of data collection.

© 2019 Katunzi L, et al. This is an open-access article distributed under the terms of the Creative Commons Attribution License, which permits unrestricted use, distribution, and reproduction in any medium, provided the original author and source are credited. 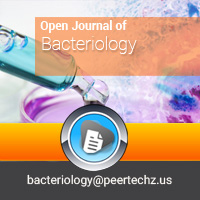