An HPLC method had been developed and validated for rapid simultaneous separation and determination of the two antihypertensive drugs, amlodipine and xipamide in human plasma within 5 minutes. Drugs are extracted from plasma using methanol, the environmentally benign solvent, for protein precipitation technique. Separation was carried out on a Thermo Scientific® BDS Hypersil C8 column (5µm, 2.50x4.60 mm) using a mobile phase of methanol: 0.025M KH2PO4 (70: 30, v/v) adjusted to pH 3.49 with ortho - phosphoric acid at ambient temperature. The flow rate was 1 ml/min and maximum absorption was measured using DAD detector at 235nm. The retention times of amlodipine and xipamide were recorded to be 4.51 and 3.38 minutes, respectively, indicating a shorter analysis time. Limits of detection were reported to be 0.17 and 0.25 µg/ml for amlodipine and xipamide, respectively, showing a high degree of the method sensitivity. The method was then validated according to FDA guidelines for the determination of the drugs clinically in human plasma specially regarding pharmacokinetic and bioequivalence studies.

The approach of separation chemistry science is significantly growing and is representing a major challenge for scientists in general, and chemists in particular, to find a compromise between developing or analyzing new products and achieving economical and environmental objectives due to an increased recognition of environmental safety and continuous industrial ecology all over the world [1].

In this analytical study, two antihypertensive drugs are subjected to such analysis using chromatographic chemistry. One of them is amlodipine (AML), which is chemically, 3 -ethyl 5-methyl (4RS)-2-[(2-aminoethoxy) methyl]-4 -(2-chlorophenyl)-6-methyl- 1,4-dihydropyridine (Figure 1). Amlodipine is a long-acting calcium channel blocker (dihydropyridine derivative) and it is mainly used as an anti-hypertensive and anti-anginal drug [2]. The other drug is xipamide (XIP) which is a sulfonamide diuretic drug. Chemically, It is 4 -chloro- 5 -sulphamoylsalicylo- 2′,6′ -xylidide; (Figure 1) and it is used for the treatment of high blood pressure and edema of cardiac, hepatic, or renal origin. It is a nonthiazide diuretic with a greater natriuretic effect than the thiazides with a less abrupt onset and longer duration of action [3]. Combination of both drugs is synergistic for hypertensive drugs and many medical prescriptions include combinations of both drugs in addition to other β-blockers and ACE inhibitors specially for congestive heart failure (CHF) patients.

Various analytical techniques have been employed for the estimation of amlodipine and xipamide such as UV-vis spectrophotometry [4-12], high-performance liquid chromatography [13-22], voltammetric methods [23-25] and capillary Electrophoresis [26].

To the best of our knowledge and comprehensive survey, amlodipine and xipamide mixture was not determined before by chromatographic techniques neither in pharmaceutical nor in biological samples despite their synergistic action. As such, the present work introduces a simple, rapid, reproducible and sensitive chromatographic method for the determination of amlodipine and xipamide in human plasma samples. The sensitivity of the method would match with the determination of the two drugs in human plasma on the clinical range which is equivalent to pharmacokinetic and bioequivalence studies Figure 1.

All solvents and reagents were of an HPLC analytical grade (methanol, acetonitrile, potassium dihydrogen phosphate and ortho-phosphoric acid were supported from Fisher Scientific, England).

Amlodipine & xipamide were kindly provided by the Egyptian Company for Pharmaceutical & Chemical Industries (EIPICO), 10th of Ramadan City, Egypt. Standard solutions of 100 µg/ml were prepared by dissolving 10 mg of each pure drug in 100 ml of the mobile phase.

The human plasma was kindly provided by Zagazig University Hospital and was tested to be drug and disease free. Plasma was kept frozen before use, and was then stored either at -4º C between uses or at -20º C for freeze-thaw cycle stability studies.

Preparation of standard calibration curves: Appropriate mixed dilutions of amlodipine and xipamide standard stock solutions were done in 10 ml volumetric flasks to get final concentrations of 0.62, 2.50, 5, 10, 12.50 and 25µg/ml for both drugs. A 10μl of each mixture was injected into the column and the chromatogram was obtained at 235nm. A graph was plotted as concentration of drugs against response (peak area).

Human plasma samples preparation: Both amlodipine and xipamide were extracted from the plasma samples through protein precipitation technique. Calibration curve and validation QC samples at concentrations of 2.50, 5 and 15 µg/ml for amlodipine and 0.50, 2.50 and 5 µg/ml for xipamide in plasma were prepared as Low (LQC), Medium (MQC) and High (HQC) levels, respectively. Aliquots of 200 µl plasma samples and different drug mixture volumes ranging from 100 up to 200 µl were added into 10 ml centrifuge tubes and vortexed for 1 min. The mixture was then precipitated with methanol (total volume 2 ml). After vortexing for 1 min, the samples were centrifuged at 5000 rpm for 15 min. A aliquots of 10 µl of the supernatant was filtered through 0.45 µm PTFE syring filters (Membrane solutions, USA) and directly injected into the HPLC system for analysis.

All chromatographic conditions are illustrated in Table 1. Spectroscopic analysis of the drugs in the range of 200-400 nm showed that amlodipine and xipamide have UV absorbance maxima (λmax) at 237 nm and 231 nm, respectively, as depicted in Figure 2. Therefore, the chromatographic detection was performed at 235 nm as the appropriate wavelength using a DAD detector. The method was performed on a Thermo Scientific® BDS Hypersil C8 column (5µm, 2.50×4.60 mm) Figure 2, Table 1.

Furthermore, under several trials of mobile phase optimization regarding its composition ratio and pH, it was observed that both mobile phases composed of acetonitrile: 0.025 M potassium dihydrogen phosphate adjusted to pH 3.49 using ortho-phosphoric acid (45: 55, v/v) and methanol: 0.025 M KH2PO4 adjusted to the same pH using ortho - phosphoric acid (70: 30, v/v) achieved the baseline separation for both antihypertensive drugs (Figure 3 A & B). Under these conditions, amlodipine and xipamide can be separated and eluted at 5.62 and 6.43 minutes in case of acetonitrile-based mobile phase and at 4.51 and 3.38 minutes in case of methanol-based mobile phase, as illustrated in Figure 3 A & B, respectively. However, in both cases, each mobile phase showed symmetrical peaks (T ≤1.2), capacity factor (1

The method was then applied for determination of the drugs in human plasma using protein preciptation procedure. This technique was accurate and more prefered than liquid-liquid extraction where methanol was used for drugs extraction instead of other toxic organic solvents like chloroform, dichloromethane, ethylacetate and petroleum ether beside avoidance of sample loss accompanied with liquid-liquid extraction technique. Regarding the plasma chromatogram, the mixture determination in plasma didn’t show any kind of matrix interference effect as the human plasma was eluted at 2.80 minute in correspondence with the migration times of amlodipine and xipamide (Figure 4).

Figure 4: HPLC Chromatogram of (A) blank plasma sample and (B) amlodipine (AML) and xipamide (XIP) spiked mixture in human plasma sample. All chromatographic conditions are stated in Table 1.
!--Figure Start -->

The method was validated according to food and drug administration guidelines for bioanalytical methods validation [27,28].

Linearity: Six different concentrations of the drug mixture were specified for linearity studies. The calibration curves obtained by plotting peak area against concentration showed linearity in the concentration range of 0.62-25 µg/ml for both drugs (Table 3). Linear regression equations of amlodipine and xipamide were found to be y= 13.94x+2.66 and y= 30.60x+0.17, respectively and the regression coefficient values (r) were calculated to be 0.9999 and 0.9998, respectively, indicating a high degree of linearity for both drugs (Figure 5) (Table 3).

Accuracy: The accuracy of the method was determined by investigating the recoveries of the six concentrations of amlodipine and xipamide. From the amount of the drug estimated, the percentage recovery was calculated and the results shown in Table 3 are indicating excellent mean recoveries of 99.69 and 100.12 for amlodipine and xipamide, respectively.

Selectivity and Specificity: Selectivity of the method was checked by injecting the solutions of amlodipine and xipamide into the column separately where two sharp peaks were obtained at retention times of 4.51 and 3.38 minutes, respectively, and these peaks were not obtained for the blank solution. Also, the specificity studies revealed that the presence of human plasma didn’t show any kind of interference with the sharp and well-resolved peaks of amlodipine and xipamide (Figure 4).

Robustness: The robustness of the methods was evaluated by making deliberate subtle changes (± 0.05) in the flow rate, pH of mobile phase and mobile phase composition ratio keeping the other chromatographic conditions constant. The changes effect was studied on the basis of percent recovery and standard deviation of both drugs. Table 4 shows that the changes had negligible influences on the results as revealed by mean recoveries in the acceptable range (99.5- 101.38) and small SD values (≤1.92) for both drugs Table 4.

Analysis of human plasma: The proposed method was also applied for determination of amlodipine and xipamide in human plasma samples using protein preciptation procedure. Retention times of amlodipine and xipamide in plasma samples and the other system suitability parameters were also pretty similar to those in pure forms. The calibration curves in the spiked plasma were also found to be linear over the clinical range of 2.50-15µg/ml for amlodipine and 0.50-5µg/ml for xipamide (Table 5). According to Clark´s Analysis book [29], Cmax attained for amlodipine after 14 days of 15 mg dosing is 18.10±7.10μg/mL while Cmax for 20 mg xipamide is 3.00±0.30 μg/mL. As such, the concentrations chosen were more or less lying within the acceptable clinical range. The mean recoveries for amlodipine and xipamide in plasma were in the acceptable range of 85.05 and 90.80 according to FDA guidelines while coefficients of variation were 0.51 and 0.49, respectively. The precision of the method was evaluated according to intra-day and inter-day precision using validation QC samples at concentrations of 2.50, 5 and 15 µg/ml for amlodipine and 0.50, 2.50 and 5 µg/ml for xipamide in plasma. Intra-day precision was evaluated in respect of both Standard Deviation (SD) and coefficient of variation (CV%) regarding three replicate determinations using the same solution containing drugs mixture in plasma. The SD values (varied from 0.24 to 1.31) and CV% values (varied from 0.28 to 1.08) revealed the high precision of the method. For inter-day reproducibility, the day-to-day SD and CV% values were also in the acceptable range of 0.96 - 2.35 and 1.12-2.64, respectively (Table 6) showing that the method is highly precise in plasma samples. Also, Stability studies were conducted by applying plasma freeze-thaw cycles at -200C (over three days) using the same validation QC samples in plasma and results are summarized in Table 6. These results show that the proposed method has an adequate precision and stability for simultaneous determination of both drugs in plasma Tables 5, 6.

The developed analytical method represents a kind of chromatographic chemistry for rapid and simultaneous estimation of amlodipine and xipamide within 5 minutes. The results obtained indicate that the proposed method is rapid, sensitive, accurate, selective, robust and reproducible. Protein precipitation was carried out for drug extraction from plasma using methanol instead of liquid liquid extraction. This analytical method is an adequate and useful for the clinical estimation of amlodipine and xipamide in human plasma samples according to FDA guidelines in respect of pharmacokinetic and bioequivalence studies that would be useful in therapeutic drug monitoring.

Authors Mahmoud Sebaiy and Mustafa Alshuwaili have designed and prepared the manuscript. Authors Moustafa Soltan and Mohamed Elmosallamy have read and approved the final manuscript.

© 2020 Sebaiy MM, et al. This is an open-access article distributed under the terms of the Creative Commons Attribution License, which permits unrestricted use, distribution, and reproduction in any medium, provided the original author and source are credited. 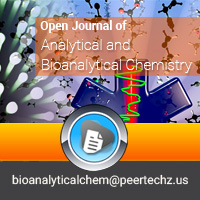