Journal of Vaccines and Immunology

MNSK Perera1* and A Gunapala2

© 2022 Perera MNSK, et al. This is an open-access article distributed under the terms of the Creative Commons Attribution License, which permits unrestricted use, distribution, and reproduction in any medium, provided the original author and source are credited.

A 40-year-old lady, a mother of 2 children residing in Colombo, presented with 2 weeks history of intermittent fever with chills and rigors.

She had a sore throat at the presentation. She had arthralgia, myalgia, and a vague headache without photophobia or neck pain.

She didn’t have respiratory, genitourinary, or gastrointestinal symptoms. She never had inflammatory joint pains, oral ulcers, alopecia, or Raynaud’s phenomenon to suggest a connective tissue disease. She hasn’t traveled recently and there was no contact with animals or pets. There was no contact or past history of tuberculosis.

The patient didn’t have a significant past medical history. There was no known history of valvular or congenital heart disease. She was not aware of any family history of chronic diseases including autoimmune disease or malignancies. She never smoked, or consumed alcohol or illicit drugs and there was no usage of ayurvedic or complementary medications. She denied high-risk sexual behavior.

Examination revealed a febrile, averagely built lady, with a body mass index of 21 kg/m2. She was pale, but not icteric. She had glossitis with pharyngeal inflammation and a few tender posterior cervical lymphadenopathy. She didn’t have peripheral edema, clubbing, thyroid enlargement, or peripheral stigmata of infective endocarditis. There were no eschars.

She had normal pulses in all extremities at a rate of 112 per minute. Supine and standing blood pressures were 120/80 mmHg. Precordial examination revealed a non-displaced apex. Her first and second heart sounds were heard in normal intensity with no cardiac murmurs.

Her respiratory rate was 16 breaths per minute and oxygen saturation was 98% on room air. Lungs had vesicular breath sounds with equal air entry, without added sounds. The abdomen was soft without organomegaly, masses, or bruits. The musculoskeletal examination was unremarkable without evidence of active synovitis. Detailed neurological assessment including fundoscopy was also unremarkable Table 1.

Cerebrospinal fluid analysis was negative for cells, with normal proteins and glucose. Microscopy for Malarial parasites was negative.

Weil Felix’s agglutination test for Rickettsia revealed negative OX19 with positive OX2 and OXK both showing 1/160 antibody titers. However, its positivity was not confirmed by further testing including polymerase chain reaction, due to unavailability.

Her rheumatoid factor was negative. Anti-nuclear antibodies titer was 1/100. She didn’t fulfill other criteria for a diagnosis of systemic lupus erythematosus, while anti-double-stranded DNA was negative with normal C3 and C4 complement levels.

The patient was started on intravenous Meropenem empirically pending further investigations. Doxycycline was added to the treatment regimen on day 7 following admission (day 21 of illness), with positive serology for Rickettsia. Antibiotics failed to show a therapeutic response while the fever continued and the patient clinically remained ill.

The septic screening was negative, without an identifiable focus of infection and broad-spectrum antibiotics failed. After analyzing the symptomatology, examination findings, and investigations, a diagnosis of Adult-onset Still’s disease was made. She was started on non-steroidal anti-inflammatory drugs on day 28 of illness, by the Consultant Rheumatologist. The patient remained febrile while on Naproxen, so was commenced on oral prednisolone on day 30 of her illness. On the same day, she developed a single episode of generalized tonic-clonic convulsion. AST and ALT were 195 and 147 U/L respectively, serum LDH was 1104 U/L and procalcitonin was 0.6 ng/ml(1.5 - 2.5). Her serum ferritin level was reported as > 150, 000 ng/mL, serum triglycerides were 504 mg/dL(< 150) with serum fibrinogen level of 1 g/L(1.5 - 4.5).

The patient was shifted to the medical intensive care unit (MICU) for monitoring and further care. She was started on intravenous dexamethasone 40 mg daily for 4 days with intravenous immunoglobulins at a dose of 0.4 g/kg for 5 days. These were followed by a daily dose of oral steroids. The patient showed clinical improvement in responding to fever, improving full blood count, and reducing transaminase values. Serum ferritin also came down to 1500 ng/ml.

But later she deteriorated with recurred fever, and cough, with clinical evidence of right-sided consolidation. Her antibiotics were optimized by adding intravenous Teicoplanin and amikacin. Despite this, she deteriorated further necessitating inotropic support. Her fever and rash recurred. At this point, recurrence of Still’s disease activity was considered. She was started on oral ciclosporin 100mg /day for resistant Stills disease while continuing prednisolone 60 mg daily dose.

While on combined prednisolone and ciclosporin treatment, her hemoglobin dropped to 6.7 mg/dL and platelets dropped to 96×103. LDH values were rising and the reticulocyte index was 3.4%. The blood picture showed few spherocytes without evidence of microangiopathic hemolytic anemia. Direct and indirect Coomb’s tests were negative and coagulation parameters remained normal.

At the same time, she was found to be having features of cardiac failure, as evidenced by tachycardia, and gallop rhythm on precordial examination with fine bi-basal crepitations in the lungs. Electrocardiogram revealed sinus tachycardia and cardiac troponin I enzymes were elevated. This was confirmed by the transthoracic echocardiogram which revealed globally reduced cardiac contractions with an ejection fraction of 35%. She was managed for acute myocarditis, with optimizing inotropes and diuretics.

Considering a case of resistant Macrophage activation syndrome, a single dose of intravenous tocilizumab was given while continuing other immunosuppressives. She responded slowly with settling fever and improving hemoglobin and platelets. Myocarditis settled and repeated echocardiogram showed good left ventricular functions with an ejection fraction of 55%. Concomitant infections settled and she was transferred to the ward for the continuation of care. Mobilization was started and medications were optimized. She was discharged after 2 months of hospital stay, with prednisolone 45 mg daily and cyclosporin 125mg twice daily. She is currently under our rheumatology unit follow-up and is in remission with tapering steroids Figures 2-4.

Figure 3: Pattern of fever during the initial course of illness.

This patient with an uneventful past medical history presented to us with a prolonged fever which did not respond to antimicrobials. When all the possible infectious aetiologies and other rheumatological diseases were excluded, a diagnosis of adult-onset Stills disease was made.

Adult-onset Stills disease is a rare systemic disease in which the etiology is not clearly identified. It usually affects young adults but affects middle-aged and elderly patients have also reported [1].

Patients with Stills disease usually present with fever, rash, arthralgia, and sore throat. Diagnosis of Stills disease itself is a challenge as it needs exclusion of all other clinical conditions which present with similar symptoms. Our patient had typical presenting symptoms and typical evanescent macular rash while the laboratory investigations were supportive. Diagnosis of adult onset Stills disease was made after excluding all other potential differentials, referring to the Yamaguchi criteria [2]. She had neutrophil leukocytosis, elevated inflammatory markers, elevated transaminases, and elevated serum ferritin values. Disproportionately high ferritin levels are a recognized feature in adult onset Stills disease, even though it is not included in Yamaguchi criteria [3] Table 2.

Non-steroidal anti-inflammatory drugs remain the first line of treatment for adult onset Stills disease, and if not responding, steroids are recommended [4]. Disease modifying drugs such as methotrexate, cyclosporin A, and azathioprine also have proven benefits for disease remission [5]. In our patient, when initial non-steroidal anti-inflamatory drugs failed to respond, oral steroids were started. Despite oral steroids, her clinical picture was complicated with seizures, while the laboratory parameters revealed elevated serum triglycerides and low serum fibrinogen levels. Bone marrow biopsy was inconclusive. The new clinical picture was inconsistent with macrophage activation syndrome, a well-known life-threatening complication of adult onset Stills disease [6].

Macrophage activation syndrome (MAS) is a form of hemophagocytic lymphohistiocytosis which occurs secondary to rheumatological conditions [8]. It is characterized by an uncontrolled immune response leading to massive production and secretion of inflammatory cytokines including tumor necrosis factor, macrophage colony-stimulating factor, interleukin 1 (IL 1), IL 6, IL 10and IL 18 [9]. MAS can clinically manifest with systemic inflammatory features, with unresolving fever, while central nervous system (CNS) involvement is well recognized. Our patient too had CNS symptoms, manifested as seizures, while diagnostic criteria have been met for a diagnosis of MAS.

Treatment of MAS is, with steroids, either intravenous methylprednisolone or dexamethasone, followed by oral steroids. Our patient to has responded initially to intravenous steroids with concomitant intravenous immunoglobulins. Later when resistant Still’s disease and MAS relapse occurred, cyclosporin was started as it has a role in both MAS and Still’s a disease [11,12].

Cytokine targeted biological agent usage is a novel advance in the treatment of macrophage activation syndrome. When our patient relapsed while on immunosuppressants, we utilized tocilizumab, a monoclonal antibody against the interleukin 6 receptor. As IL 6 is a pathogenic cytokine that is found in high levels in serum of MAS patients, it has a proven benefit in achieving disease control and reducing relapse [13].

Our patient with refractory MAS responded to biologic therapy, with improving counts. Her clinical, as well as biochemical parameters, improved. Repeated echocardiography confirmed resolution of myocarditis which occurred as a complication of MAS. Even though secondary infections took time for recovery, we could achieve remission of the disease.

Herein, we illustrated a case of adult-onset Still’s disease with macrophage activation syndrome, a fulminant complication. Diagnosis of Still’s disease, as well as MAS, remains challenging, while our patient had relapses of both conditions during the hospital stay. Her disease was complicated with CNS manifestations, septicemia, hemolytic anemia, myocarditis, and acute left ventricular failure. Prompt recognition of each of the above and early management with the utilization of novel treatment modalities gave a favorable outcome making it a success. 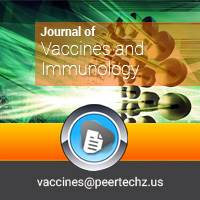