Conclusion: There is a high intratunnel pressure situation in the carpal tunnel syndrome.

Carpal tunnel syndrome (CTS) was described by James Paget in the middle of 18s century [1]. This is the most common disorder of peripheral neuropathy. Approximately 3% of adult people in America suffered from CTS. This is one of most popular work-related silent injuries that make more than 2 million people have to come to clinical per year [1]. In Vietnam, the number of people who suffer from CTS is relatively high. Carpal tunnel syndrome is one of the causes of hand numbness, tingling, terrible feeling or even thenar atrophy. This disease usually happens in people over the age of 35, women are more commonly affected than men.

Seventy percent of CTS patients are of unknown cause, the others may be due to intrinsic and extrinsic factors. Intrinsic factors which exert pressure within the tunnel are pregnancy, hemodialysis, gout, diabetes and so on. Extrinsic factors which exert pressure outside the tunnel are lipomas, ganglion and vascular malformation which change the size of the carpal tunnel then increase the pressure [2,3]. Increasing pressure into median nerve results in pain, numbness, tingling or burning sensations in the thumb, index, middle and ring finger because they receive sensory and motor function from the median nerve or even worse maybe atrophy, decrease or lost hand function [1,4].

Carpal tunnel syndrome diagnosis usually based on clinical findings, electrophysiological testing and diagnostic imaging. Clinical findings are at the level of a medium of sensitivity and specificity, the electrophysiological testing result probably has false negative and positive [1,4,5]. Surgical treatment is just effective when median nerve injury at the location where it is pinched, but electrophysiology cannot evaluate exactly the location. Recently, ultrasonography has been a simple, cost-effective method to evaluate the median nerve for signs of compression to treat carpal tunnel syndrome.

As for pathology, most cases of carpal tunnel syndrome are unknown causes but the impact to median nerve due to increasing colloid osmotic pressure in the carpal tunnel the same mechanical with compartment syndrome [2,3]. In Vietnam, there are no researches which evaluate the intra-tunnel pressure, so we conducted this study for the purpose:

Measure the intra-tunnel pressure of patients with carpal tunnel syndrome who were assigned to surgery at Hanoi Medical University Hospital.

- Subject: 33 patients with CTS who were assigned to surgery at Hanoi Medical University Hospital

+ There is a positive electrophysiological test or compression seen on ultrasonography.

- Intra-tunnel pressure measurement method: We used the catheter with 1.2 mm of diameter, connected to Compass Compartment Pressure Transducer (Mirador Biomedical, Seattle, WA). We used a needle to insert to the carpal tunnel at the distal wrist crease just medial to the palmaris longus tendon. Take the needle out, leave the plastic cover, and connect it to the measuring machine. Check the system by the way of pressing the finger to wrist area and evaluate the change. Measure the pressure at 3 positions: neutral, 90º of extension and 90º of flexion (Figure 1).

- Ethics approval: All patients were fully explained and agreed to join in the research. The study had fully criteria in ethical medical approval and secured the individual information.

There were 33 patients with 61 hands were diagnosed CTS and assigned to surgery. The average age was 45.6 (range 30-65). The average duration of symptoms appear until surgery was 10 months (3 – 26 months).

Comment: The carpal tunnel pressure in our study was similar to Rojviroj and lower than Gelberman.

Comment: There was a difference in results of control groups between two authors.

Intra-tunnel pressure measurement was mentioned a long time ago. However, the measurement was not easy to do because the pressure was too low and we need a high exact device. In 1959, Tanzer [4] introduced a method of measuring pressure using Mercury Vapor Pressure meter and defining the pressure value with two positions of wrist: 90º of extension and 90º of flexion. Our research shown that the pressure was highest at 90º of extension. Brain, Wright and Wilkinson’s with a study on the dead body also had a similar conclusion. In their study, Brain, Wright and Wilkinson [6] as well as Rojviroj used a control group and found that, the intratunnel pressure varied with the wrist position, it increased in extension and flexion, and reach to the lowest point at neutral position (Figure 2).

Our research shown that the value of carpal tunnel pressure at neutral position was 13.87 ±1.56 mmHg, and it increased when wrist was at 90º of flexion and 90º of extension (27.60 ± 2.53 mmHg and 34.76 ± 3.25 mmHg, respectively). The carpal tunnel pressure in our study was similar to Rojviroj’s [6] and lower than Gelberman’s [7]. The value of carpal tunnel pressure in Gelberman’s study was very high, 32 mmHg at neutral position, 94 mmHg at 90º of flexion and 110 mmHg at 90º of extension (Table 2), much higher than our research as well as Rojviroj. There was a significant difference between two authors at 90º of flexion and 90º of extension. According to Rojviroj [8], the difference may be due to the using of a different catheter. This conclusion is may be true because the result of two authors is quite a difference (Table 3).

© 2017 Trung DT, et al. This is an open-access article distributed under the terms of the Creative Commons Attribution License, which permits unrestricted use, distribution, and reproduction in any medium, provided the original author and source are credited. 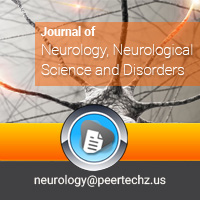