© 2022 Onyedinachi O, et al. This is an open-access article distributed under the terms of the Creative Commons Attribution License, which permits unrestricted use, distribution, and reproduction in any medium, provided the original author and source are credited.

Nigeria ranks third among countries with the highest burden of Human Immuno-Deficiency Virus (HIV) infection in the world. The 2019 Nigeria National HIV/AIDS Indicator and Impact Survey showed that 1.9 million people were living with HIV and AIDS in Nigeria as of 2018 [1]. People Living with HIV/AIDS (PLHIV) are faced with daily interpersonal, social, physical, and psychological challenges as a result of their HIV status which also increases their vulnerabilities to various health conditions [2]. These conditions are worse for the key populations living with HIV because their activities are often criminalized in most parts of the world. As a result, they face intersecting socio-economic and structural inequalities that may increase their risk of mental health problems across their life course [3]. This includes but is not limited to psychosocial conditions such as discrimination, stigmatization, low self-esteem, and low self-efficacy that usually predispose them to mental health challenges.

Key populations are defined groups who, due to specific higher-risk behavior, are at increased risk of HIV infection irrespective of the epidemic type or local context [4]. They include men who have sex with men (MSM), Female Sex Workers (FSW), People Who Inject Drugs (PWID), transgender people and people in prisons. Aside from being vulnerable to HIV, members of the key populations face discrimination, stigmatization, and legal issues which are some of the stressors that are likely to predispose them to psychological disorders [4]. Such psychological issues are likely to be compounded among the key populations infected with HIV/AIDS in such a way that some of them may be deterred from adhering to their Anti-Retroviral Therapy (ART), thereby not achieving viral suppression.

By definition, psychological disorders are conditions characterized by abnormal thoughts, feelings, and behaviors [5]. Such disorders are also characterized by distress and impairment in personal functioning. They include but are not limited to depression, anxiety, psychosis and bipolar disorders [5]. Among the key populations on ART, adherence may be poor due to some psychological disorders [6]. For instance, members of the key populations who have substance use disorder may be finding it difficult to achieve viral load suppression faster than those without the disorder due to interference of substances on their ART adherence and efficacy. In addition, depression could deter a client living with HIV from medication compliance [7]. Based on this, there is a need to widen the horizon of our understanding by empirically establishing the prevalence of psychological disorders among members of the key populations living with HIV/AIDS. This will help the agencies and professionals involved in HIV prevention and treatment to see the need for the incorporation of mental health care while providing services to the members of the key populations living with HIV/AIDS to achieve the UNAIDS 95:95:95 goal among the key populations and by extension in the general population. The 95:95:95 goal implies that 95% of all people living with HIV know their HIV status; 95% of all people with diagnosed HIV infection receive sustained antiretroviral therapy; and 95% of all people receiving antiretroviral therapy have sustained viral suppression.

Statement of the problems

Globally, the key populations contributed a significant proportion of new HIV infections daily [8]. This indicates the importance of working with Key Populations (KP) sex workers, gay men and other men who have sex with men, transgender people, people who inject drugs, and people in prisons and other enclosed settings [8]. These Key populations are particularly vulnerable and disproportionately affected by HIV due to risk behaviors, marginalization, and social factors such as stigma, discrimination, violence, human rights violations, and criminalization, all of which contribute to a lack of access to health services. In 2020, key populations and their sexual partners accounted for 65% of new HIV infections worldwide and 39% of infections in sub-Saharan Africa (UNAIDS, 2021c). The high incidence and prevalence of HIV among key populations are well documented in the literature such as the study which shows that the key populations account for the majority of new infections in West and Central Africa, and an estimated 25% of new infections in East and Southern Africa, despite representing relatively small proportions of those populations [9,10]. Available data shows that HIV prevalence varied from 15.9% in The Gambia to 68% in Benin among female sex workers, whereas it ranged from 9.8% in The Gambia to 34.9% in Nigeria for MSM [11,12].

In Nigeria, the prevalence of HIV among FSWs was found to be 21.0% among brothel Based FSWs [13]. Likewise, even though Men who have sex with men (MSM) are conservatively estimated to be less than 1% of the Nigerian population, nationally account for about 20% of new HIV infections [9]. Also, the prevalence of HIV among people who inject drugs (PWIDs) is 9% in Nigeria [14].

Objectives of the study

To determine the prevalence rate of psychological disorders among the various sub-types of Key Population members living with HIV.

This study was conducted across the four One-Stop-Shops (OSS) located in Abia, Edo, Enugu and Imo State which are centers being manned by Excellence Community Education Welfare Scheme (ECEWS) as a sub-recipient to FHI360 under the Global Fund Optimizing HIV Investment for Impact Project.

The study population was among the three sub-types of Key population (Men who have Sex with Men [MSM]; Female Sex Workers [FSW]; People Who Inject Drug [PWID] whose age ranges from 17 to 58 years.

I. All FSW, MSM, and PWID living with HIV who was enrolled in Enugu, Edo, Abia, and Imo States OSS.

II. All FSW, MSM, and PWID living with HIV enrolled in Enugu, Edo, Abia, and Imo States and have received psychological services from the OSS centers.

I. All FSW, MSM, and PWID who are HIV negative

II. All FSW, MSM, and PWID were newly diagnosed with HIV and have not received any psychological support from the OSS.

Purposive sampling was used in this study. It has to do with the selection of participants with the characteristics required to achieve the research objectives.

Ethical approval and informed consent: Ethical approval was obtained from the Ethic and Research Unit of the respective State Ministry of Health Ethical review board in the Research and Planning Unit. Informed consent was obtained from each participant. Other ethical issues considered were confidentiality and the study was devoid of any risk of dehumanization as the data collection procedure was done in such a manner that the process was devoid of physical and emotional harm. The study was fully explained and understood by the participants. Also, the participants could choose not to participate in the study at any time.

Figure 1: Bar chart on the prevalence of psychological disorders among the key population subtypes.

Among the psychological disorders found among the key populations living with HIV/AIDS, depression was the most prevalent disorder. This finding was similar to the study conducted by Bing, Burnam, Longshore, Fleishman, Sherbourne and London (2001) which also found depression as the most common neuropsychiatric disorder among people living with HIV/AIDS [17]. Based on the key populations’ typology, depression was more prevalent among the men who have sex with men, followed by people who inject drugs, and lastly by female sex workers. These findings aligned with the findings of the study conducted in Puerto Rico by Alegria, et al. which found high levels of depressive symptoms among people who inject drugs [18].

Aside from depression, substance use disorder was also of high prevalence among the key populations which was recorded highest among the PWIDs, followed by MSM and lastly by FSW. The result is similar to the outcome of the study carried out in Nigeria by Ochonye, et al. in 2019 in which one of their findings indicated that high prevalence of substance use among members of Key populations [16]. The findings in this study were also similar to another study conducted in Nigeria by Ogueji, Ifeanyichukwu, and Maia (2020), in which suicidal ideation is amongst the common early problems of newly diagnosed PLWHA as indicated in the study [19]. In line with the findings, Safren, et al. 2022 show that MSM with HIV infection is more vulnerable to experiencing mental health issues, particularly depression and anxiety, compared to the general population [20]. However, the findings from the study show PWID to have the highest prevalence of psychological disorders, this was however different from the findings of Kamen, et al. 2012 and De Moraes, et al. 2017 which shows that MSM was the group with the highest psychological disorder [21,22]. The findings in this study were also similar to the findings of Roxburgh, Degenhardt, and Copeland in 2006 which show that post-traumatic stress disorder and symptoms of depression, and injection of the drug were common among Female sex workers [23]. 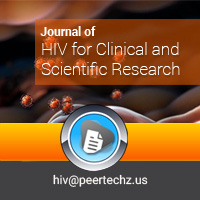