Effects of Extraction Temperature and Particle Size on Quality of Edible Oil from Podocarpus falcatus Seed by Aqueous Method, Ethiopia

© 2022 Goben DA, et al. This is an open-access article distributed under the terms of the Creative Commons Attribution License, which permits unrestricted use, distribution, and reproduction in any medium, provided the original author and source are credited.

Objective: The kernel from Podocarpus falcatus has potential for the production of edible oil. The oil is currently extracted using a traditional inefficient method for the purpose of household consumption. The objective of this study was to investigate the effects of particle size and extraction temperature on the yield and quality of oil extracted from P. Falactus seeds by the aqueous method. The experiment was carried out in a completely randomized design that comprised of three aqueous temperatures (70, 80, and 900C) and three particle sizes (0.25, 0.50, and 0.75mm).

Podocarpus falcatus belongs to the family podocarpceae and is the coniferous species naturally growing up to 45m high in Ethiopia. The seed of Podocarpus falcatus tree seed is greenish-blue ovoid in shape, about 1-1.85cm long and 1-1.25cm in diameter, and changes the color from yellowish to purplish as it gets ripe [1].

It is a multipurpose wild forest tree with a wider range of socio-economic and environmental importance. It is useful for firewood, charcoal, and paper pulp and various wild animals use it as part of their habitat. One of the most promising products is the oil extracted from the seeds [1], which is edible and used traditionally to treat gonorrhea.

Podocarpus falcatus belongs to the family podocarpceae and is the coniferous species naturally growing up to 45m high in Ethiopia. The seed of Podocarpus falcatus tree seed is greenish-blue ovoid in shape, about 1-1.85cm long and 1-1.25cm in diameter, and changes the color from yellowish to purplish as it gets ripe [1].

Therefore, this study aimed to investigate the effect of particle size and extraction temperature on the yield and quality of edible oil from the Podocarpus falcatus seed aqueous method.

Matured seeds, from different trees, of Podocarpus falcatus were collected from the Arsi zone, specifically, the Tichoo area, Ethiopia. Seeds were sorted in the field to remove spoiled and rotten seeds. A total of 50 kilograms of desirable seeds were transported to Haramaya University food science laboratory and stored in a dry condition. The epicarp (outer cover) and mesocarp (pulp) of the fruits were separated, milled, and graded using 0.25, 0.50 and 0.75mm sizes of sieves. The milled samples were heated at 880C for two hours by a hot air oven. The conditioned samples were subjected to the aqueous extraction method. Many kinds of the literature recommend extraction temperature range 70–900C for a long time. To allow the oil to escape from the internal part of the seed the particle size should be range between 0.25-0.7 m [4,5] Figure 1.

The two experimental treatments, particle size (0.25, 0.5 and 0.75mm) and extraction temperature (70, 80 and 90oC) each with three levels, were considered for the study. Treatments were arranged in a Completely Randomized Design (CRD) with three replications.

The oil extraction was done by an aqueous method and separation was done by a conical flask or separator funnel. Oil was typically partitioned into the following fractions: solid residue, water, and oil.

Determination of physicochemical properties of the oil

The oil is extracted with an aqueous extraction method (from each treatment combination) and% oil yield, Peroxide Value (PV), Iodine Value(IV), Saponification Value(SV), Refractive Index (RI), Specific Gravity (Sg), viscosity, color, were determined according to the method of [4].

A two-way analysis of variance (ANOVA) for checking the existence of variation (SAS Institute and Cary, NC) and Least Significant Difference (LSD) for mean separation was used (P< 0.05). The results were expressed as mean + SD of three replicate.

Temperature, in the aqueous extraction method, had shown a significant (P<0.05) change in oil yield. The maximum oil yield was observed at 70°C and 80°C which were 22.29% and 20.67% respectively. The increase in temperature is believed to facilitate the rupturing of the cell wall, creating a void serving as a migratory space for oil-bearing cells [5].

Temperature also lowers the oil viscosity and coagulates protein, facilitating the release of the oil from the cells into the inter-kernel void [6,7]. But the result obtained in this experiment showed that temperature increment negatively influenced the yield and high extraction was obtained at low temperature. According to [8], at a higher temperature of extraction, there is a substantial loss of moisture leading to a hardening of samples and oil degradation which possibly is the reason why decreases in oil yield were observed with increased temperature.

The refractive index (RI) values of P.falcatus seed oil were close to 1.47 as reported by [1]. These values are similar to those of common seed oils such as Niger seed (1.46–1.48) and watermelon seeds (1.47) [12]. The RI of the oil was also within the range of some edible oils like cottonseeds and groundnut [13].

According to the work of [14], the oil viscosity has a direct relationship with some chemical characteristics of the lipids such as the degree of unsaturation and the chain length of the fatty acids that constitute the triacylglycerol. Consequently, the higher viscosity at 90oc could be due to oil degradation by the high extraction temperature.

As presented in Table 1; the particle size brought a difference in oil yield with a high yield at 0.25 and 0.5mm. [15], while investigating the extraction of oil from Jatropha seed stated that larger particles present smaller contact surface areas and were more resistant for oil to diffusion. Furthermore, oil globules in larger particles face a longer distance to diffuse to the surface, thus, further reducing the yield.

Interaction effect of particle size and temperatures on the physical properties and yield of p.falcatus seed oil

The highest values of the yield, 25.25 and 25.14% were obtained from 0.25 and 0.50mm particle sizes with 70°C temperature. Accordingly to [15], the larger particles present smaller contact surface area and are more resistant for extraction providing less yield Table 2.

Peroxide value is used as an indicator of the deterioration of oils. Fresh oils have peroxide values of lower than10 MeqO2/kg and the value must be between 20 and 40 Meq/kg [17]. Freshly extracted edible oil is expected to have an acceptable shelf life between 5 and 8 years which means its peroxide value should be less than 5meq kg-1. The temperature range used in the experiment does not affect the quality of the oil that the peroxide value is below those most stated in the literature.

The Podocarpus falcatus seed oil extraction yield and oil quality were influenced by the particle size and extraction temperature. The highest yield (22%) was obtained at an extraction temperature of 70°C and most of the physical and chemical qualities parameters were within the acceptable range though slight influences were observed. The particle size had minimal effect on the physic-chemical properties of the oil but a relatively higher oil yield was obtained at 0.5mm particle size. The result of interaction showed that the yield can be improved by combining 0.25mm particle size with an extraction temperature of 70oC. The oil qualities in most cases are within the acceptable range. Most households in rural areas are involved in low yield extraction and use primitive methods. So, the result obtained in this work shows the possibilities of improving extraction with a simple aqueous method without a significant effect on the qualities of the oil. Improving the extraction method of this oil will present good quality, cheap, readily available, and affordable. It holds promises in helping communities especially resources for poor people who don’t afford the cost of commercial edible oils to tackle problems of malnutrition.

Comparison with other extraction methods (mechanical and chemical extraction).

The authors thank the funding organization, Haramaya University, School of postgraduate study, and Addis Abeba University for laboratory access. The authors also thank the editorial board and an anonymous reviewer for their assistance.

Availability of materials and data

All data and materials are accessible upon request to the corresponding author. 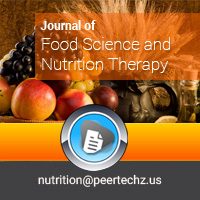