© 2022 Yang I. This is an open-access article distributed under the terms of the Creative Commons Attribution License, which permits unrestricted use, distribution, and reproduction in any medium, provided the original author and source are credited.

Currently, the most common treatment options for pancreatic cancer include chemotherapy, radiation, and surgery. These treatment options are not specific to the cause of the disease and therefore result in a large number of side effects including nausea, fatigue, hair loss, etc. The use of oligonucleotides may be a more efficient and safe method of cancer therapy. This mini-review will cover how oligonucleotides have been used to treat diseases in the past as well as different methods for delivery into the body and finally the applications of oligonucleotides in pancreatic cancer therapy.

Disease treatment with oligonucleotides can be previously seen in Duchenne’s Muscular Dystrophy, a disease caused by a frameshift mutation in exon 51 of the dystrophin gene creating a nonfunctional protein through alternative splicing [1,2]. The drug Eteplirsen uses an oligonucleotide that skips the exon 51, correcting the frameshift mutation and thereby creating a functional protein. Contrastingly, an example of exon inclusion can be seen in the treatment of Spinal Muscle Atrophy. This disease is caused by a frameshift mutation in the SMN1 gene, in which exon 7 is skipped, leading to the decay in mRNA and no SMN1 protein. Although the SMN2 gene produces a very similar protein to SMN1, the SMN2 protein is nonfunctional. The drug Nusinersen uses an oligonucleotide complementary to the splice site of intron 7 in the SMN2 gene, which forces the inclusion of intron 7 in SMN2, resulting in a functional SMN2 protein that replaces the function of SMN1 [3-5]. More commonly, oligonucleotides are used for the cleavage of target mRNA. This can be seen in the treatment of hypercholesterolemia, a disease characteristic of high levels of LDL cholesterol in the bloodstream [6,7]. One contributor to the disease is the upregulation of PCSK9 protein which degrades LDL receptors. Inclusion is a drug treating hypercholesterolemia that contains double-stranded siRNA targeting PCSK9 mRNA. It forms an RNA-induced silencing complex inside the cell, cleaving the mRNA and downregulating PCSK9 protein expression [8,9].

Oligonucleotide therapy is attractive due to its simple concept that only requires creating an oligonucleotide complementary to the target RNA. However, targeted delivery provides a challenge in treatment.

Antisense oligonucleotides can be directly delivered in saline solution. Using this method, the oligonucleotides primarily end up in the liver and the kidney. They are also taken up to a lesser extent by other cell types through endocytosis, nonspecific binding to cell-surface proteins, and passive delivery of the oligonucleotides down concentration gradients into the cytoplasm.

There are several efficient systemic delivery strategies for double-stranded siRNA that are presently in clinical trials: Lipid Nanoparticles (LNPs), N-Acetylgalactosamine (GalNAc) conjugates, and Dynamic Polyconjugates (DPCs). Delivery systems based on cationic lipids (liposomes and LNPs) are the most commonly used nonviral vectors for siRNA delivery. Hundreds of lipids have been developed to improve transfer efficiency and stability and to decrease immune response and renal escape. LNPs are primarily made up of neutral lipid and a cation or ionizable lipid. The surface of the LNP is usually covered by a neutral polymer such as PEG to minimize clearance by Reticuloendothelial System (RES) phagocytes in circulation [10-14]. Because of their large size, LNPs are only able to exit circulation at gaps in the endothelial barrier, typically in the liver and spleen, therefore most siRNA-LNP drugs are primarily used in treating clotting disorders and liver cancer. Passive delivery of siRNA-LNP complexes is not cell-specific and will enter any cell that they are able, therefore these strategies are inefficient, leading to liver clearance of the drug or delivery of the majority of the drug to cells and tissues that are not of therapeutic interest.

The necessity for precision drug delivery into solid tumors

Poor passive delivery efficiency continues to hamper the effectiveness of targeted medicines engineered to selectively destroy malignant solid tumors and metastatic lesions. Existing systemic medicinal interventions rely on Passive Transvascular Delivery (PTD) of circulating agents that depend on a large concentration gradient across the semipermeable vascular Endothelial Cell (EC) barrier [15-18]. The result is sub-optimal passive delivery, poor drug access to tumor cells, and ultimately insufficient intratumoral concentrations for full therapeutic impact. Limited availability of RNAi drugs to tumor cells needs a more specific and efficient drug uptake at the cellular level. Delivery to the appropriate cell types of the tissue of interest as well as the escape from endosome after cellular penetration could significantly enhance the therapeutic efficacy.

Most recently, the strategy of drug delivery has shifted from passive delivery to active targeting delivery. Specific targeting provides a much more efficient method of drug delivery as it prevents excess drug accumulation in non-target cells. One method of specific targeting uses ligands and receptors to internalize the drug into the target cell. In this situation, an oligonucleotide or siRNA is directly attached to the ligand, for example, GalNAc. The GalNAc-siRNA complex binds to the asialoglycoprotein receptor (ASPGR, CD44 receptor) and then the complex is internalized into a clathrin-coated vesicle [19,20]. After reaching the cytoplasm, the oligonucleotide hybridizes to the pre-mRNA and induces its cleavage through the RNase H compound. Another method uses antibodies rather than ligands to bind to cell-surface receptors to internalize the drug. Some of the earliest approaches with antibodies utilized the transferrin receptor (CD71, TfR), a receptor binding the glycoprotein, transferrin (Tf), and facilitates its entry into cells. TfR is selectively enriched in some proliferating tumor cells. A drug is made by conjugating the anti-CD71/TfR antibody (Fab) to the siRNA (Figure 1) [21]. Only cells with the specific CD71/TfR protein on their surface will bind to the anti-CD71-siRNA conjugate drug, allowing its internalization through endosomes. After the siRNA is released inside the cytoplasm, the oligonucleotides can be loaded into the RISC, which leads to the cleavage of the target mRNA, reducing the expression of the target protein.

However, the LNP also makes the compound much larger and more difficult for the compound to move through the body and into the cell, in comparison to the direct antibody-siRNA complex. Another issue with this solution is the difficulty in finding a balance between the LNP surface PEG shielding and the necessary availability of targeting antibodies.

Pancreatic Ductal Adenocarcinoma (PDAC) is a highly lethal malignant cancer in the exocrine compartment of the pancreas. There is a 5-year survival of less than 10% and less than 20% survive just the first year which is mainly due to late detection and limited treatment options. Current treatment options include chemotherapy, surgery, and radiation but have not been found to significantly improve the condition in the clinical setting [22]. The KRAS gene is mutated in close to 100% of PDAC cases [23]. The gene is responsible for making the GTPase protein K-Ras which is part of the RAS/MAPK signaling pathway. KRAS protein is activated when bound to a GTP and able to transmit signals into the cell to promote proliferation, while it is turned off when bound to GDP [3]. In normal cells, the KRAS is mostly bound to GDP and turned off. Mutations in the KRAS gene are primarily at three locations: Glycine-12 (G12), Glycine-13 (G13), and glutamine-61 (Q61). These mutations cause the RAS to be permanently GTP bound regardless of intracellular or extracellular signaling, therefore creating excess proliferation and cancer growth [24]. During the past several years, siRNA-based drugs to knock down mutated KRAS genes have made tremendous progress as potential therapeutics in pancreatic cancer.

The current treatment for pancreatic cancer commonly includes surgery, chemotherapy, and radiation. Surgery is difficult on the pancreas as it is located near many major blood vessels. Additionally, because of the pancreas’s proximity to other organs, the cancer is not usually detected until it has already spread to other nearby organs such as the stomach and the liver. This makes surgery an improbable solution to pancreatic cancer.

Radiation can only be used on one site so is only useful for localized pancreatic cancer and not metastatic. Although chemotherapy can be used in metastatic pancreatic cancer harms other quickly multiplying cells in the body, therefore weakening the immune system and cause side effects including hair loss, nausea, fatigue, bruising, and memory issues [25].

Antisense oligonucleotide and siRNA target directly the cause of pancreatic cancer, the mutant KRAS gene. The precision delivery methods as mentioned previously can make the treatment specific to pancreatic cancer cells without harming other cells. This new therapeutic approach is expected to treat metastasized cancer while bypassing many of these issues related to the toxicity of chemotherapy.

Receptor targeting with antibodies is one of the potential precision solutions in pancreatic cancer therapy. The receptor targets, which are selectively enriched in proliferating pancreatic cancer cells, include the Transferrin Receptor (TfR) and the Epidermal Growth Factor Receptor (EGFR). EGFR-mediated cell signaling plays a major role in promoting tumor proliferation, metastasis, and evasion of apoptosis by initiating signaling through the phosphoinositide 3-kinase and MAPK pathways. Overexpression of EGFRs is observed in greater than 60% of PDAC cases [26], making it an attractive receptor target. When conjugating LNP with encapsulated siRNA against mutated KRAS gene with Cetuximab, a human-mouse chimeric monoclonal Antibody (mAB) that binds to the extracellular domain of the EGFR receptor (Figure 2), preliminary research shows Cetuximab-LNP(siKRAS) conjugate can improve in vitro drug uptake specificity and KRAS gene knockdown efficacy as well as cell toxicity in multiple pancreatic cancer cell lines (PANC-1, ASPC-1, et al.). These conjugates also show great therapeutic potency in vivo on multiple pancreatic cancer orthotopic models (unpublished data).

The use of oligonucleotides is widespread and highly useful. An oligonucleotide treatment for pancreatic cancer that knockdowns mutated KRAS protein avoids the harmful effects of chemotherapy and radiation which also kills healthy cells. Additionally, the specific targeting potential for oligonucleotides ensures that the drug is concentrated in the pancreas and does not build up in other cells. This method of treatment can be expanded to many different types of cancers that may not be reachable through chemotherapy but can be targeted by specifically engineered oligonucleotides. 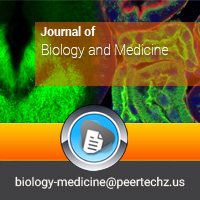