Over the past 25 years there has been a significant increase in the use and misuse of opioid analgesic medications. In April 2018, the US Surgeon General released an advisory pressing more laypersons to become trained and get access to naloxone for emergency overdose situations. Utilizing the Clinformatics® Data-Mart Database of a large, national US health insurer, we assessed the rate of filling a naloxone prescription by individuals who have been seen or admitted for an opioid overdose. The rate of naloxone fills was extremely low, <1.0%, even for those patients who presented with more than one overdose episode. These findings demonstrate the need for the rapid development and implementation of patient and prescriber-facing programs to increase the delivery of naloxone to those individuals most likely to benefit from its use.

The significant increase in the use and misuse of opioid analgesic medications has led the CDC to declare a national epidemic [1,2]. Highlighting the problem, U.S. Surgeon General Jerome M. Adams, MD, released a rare advisory in April 2018 urging “individuals using illicit opioids such as heroin or fentanyl, health care practitioners, family and friends of people who have an opioid use disorder, and community members who come into contact with people at risk for opioid overdose” to become trained and get access to naloxone for emergency overdose situations [3].

Naloxone is an opioid antagonist that has the ability to rapidly, although temporarily, reverse the effects of opioid medications. Since 1996, local treatment programs, community groups, and some states and local agencies have been distributing naloxone prescriptions to opioid users and their families to help reverse overdoses in a rapid manner. Pilot programs evaluating this strategy have proven them effective [4]. One large study in the state of Massachusetts demonstrated that when naloxone was available and patients and bystanders were trained in its use, opioid overdose deaths were reduced [5].

In 2016, the Center for Disease Control released the CDC Guideline for Prescribing Opioids for Chronic Pain, and included the recommendation that providers consider prescribing naloxone to patients who are at increased risk of overdose including: patients with a previous history of overdose, patients taking >50 MME/day, patients with a substance use history, and those taking a benzodiazepine medication simultaneously [6]. Despite these recommendations, no population-based study has assessed naloxone prescription fill rate in high-risk patients following an opioid-related overdose. Accordingly, we analyzed insurance claims of patients with a diagnosis of opioid overdose to quantify the receipt of naloxone.

Utilizing claims data from the de-identified Clinformatics® Data-Mart Database (OptumInsight, Eden Prairie, MN), from a large, national US health insurer, we performed a retrospective analysis of a study sample including patients seen outpatient, in the Emergency Department or admitted overnight from Jan 1, 2001 to Dec 31, 2016 for a diagnosis of opioid overdose. Pharmacy data for this population were used to determine if a prescription for the opioid antagonist naloxone was filled within 1 day, 90 days, or 1 year of the overdose event. The study population included all patients who presented with a diagnosis of opioid overdose.

Overdose events caused by both prescription and non-prescription opioids were included in the analysis. Patients were identified both by incident and patient-level event. The primary outcome was receipt of naloxone at or after discharge. Naloxone receipt was verified at 1, 90, and 365 days post-discharge from the initial overdose event.

Rates of naloxone receipt were exceptionally low in this sample of patients experiencing any overdose; 29 (<0.001%) filled a prescription for naloxone on day 1 post-discharge, 151 (0.2%) by 90 days, and 357 (0.4%) at one year following the index event. Prescription fill rates for naloxone were similar in those patients who have 2 or more overdose events: <0.06%, 0.3%, 0.8% for the respective time-frames.

The 2016 CDC Guideline Statement for Prescribing Opioids for Chronic Pain includes the recommendation that providers consider providing a prescription for naloxone in patients at high risk of opioid overdose [6]. This population-based study found that less than 1% of patients with an opioid overdose diagnosis filled a prescription for naloxone within 1 year of their overdose event. While 17.3% percent of events were repeat overdoses, the naloxone fill rate was not meaningfully higher. The fill rates for naloxone are significantly less than the already low rates seen for other similarly life-saving rescue medications, such as glucagon for patients with diabetics presenting for hypoglycemia [7].

Our findings regarding naloxone receipt are consistent with other reports in the literature in regards to the low uptake rate of guideline-recommended interventions for patients who have experienced an opioid overdose. One recent study evaluating opioid-overdose survivors in Massachusetts demonstrated that only approximately 30% of these high-risk patient received medication-assisted treatment for their opioid use, inclusive of use of methadone, buprenorphine, and naltrexone, despite known mortality benefit associated with these medications [8].

One significant limitation in this study is that we were unable to identify unfilled prescriptions utilizing a claims-based database. As a result, it is unknown if providers are prescribing this medication and it is going unfilled. This problem could potentially be aided by hospital-based programs allowing for provision of a naloxone rescue kit, rather than a prescription, at discharge of high-risk patients. Additionally, we are unable to include patients who may have filled a naloxone prescription outside of insurance coverage, for example through a standing order program, which may also reach patients who do not seek medical care for overdose. Finally, this database of commercial insurance does not include patients with Medicaid and Medicare, who may have differing rates of opioid overdose and naloxone receipt.

Opioid overdose is a national epidemic, resulting in a devastating clinical and financial burden [1,2]. Programs evaluating the layperson use of naloxone for prevention of opioid related morbidity have been proven to be effective [5]. Yet, despite this promising evidence, the results of this national, population based study reveals an extremely low rate of filled naloxone prescriptions in a population at extremely high risk for future overdose. These findings warrant the rapid development and implementation of patient- and provider- focused intervenstions that enhance the receipt of naloxone in the setting of recent overdose.

© 2019 Ruff AL, et al. This is an open-access article distributed under the terms of the Creative Commons Attribution License, which permits unrestricted use, distribution, and reproduction in any medium, provided the original author and source are credited. 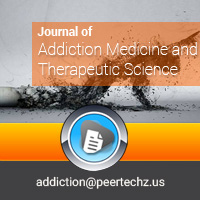