The study was conducted in mid-rift valley of Oromia Regional State of Ethiopia with objective to assess traditional cattle breeding objectives and their production constraints. Adami Tulu Jidokombolcha (ATJK), Bora, Dodola, Shala and Negele-Arsi were purposely selected from East Shoa and West Arsi Zones which found in the Oromia Region. The two hundred forty respondents were selected based on random sampling procedures. The main of age and family size of the respondents were 43.1 years and 8.9, respectively. Survey result revealed that family size were higher in Shala where the poly marriage practice was more common than others districts. Cattle population per house hold were higher in Shala while sheep population were higher in Dodola and Bora districts. Goat size were higher in Negele-Arsi, ATJK and Shala districts. Furthermore, finding showed that farmers were reared cattle mainly for draft, milk, risk aversion and income source. The survey result indicated that feed shortage, water scarcity, disease and shortage of improved genotype were the major cattle production constraints in the studied districts. However water shortage was not secondarily critical in Dodola district. Forage improvement, water conservation, disease prevention and improving genetic potential of cattle is needed to solve the main livestock production constraint to improve the livelihood of small holder farmers.

Ethiopia has large livestock populations with cattle estimated at about 59.48 million heads [1]. The majority of these cattle (98.2%) are native breeds/ecotype, with miniscule numbers of animals being crossbred and exotic animals. Livestock contribute significantly to the livelihoods of small holder farmers and the pastoralists. Cattle provide for rearers draught power, milk, manure and cash [2]. They also play a significant role in the sociocultural and socioeconomic values of the society. Beside the importance of cattle among the agrarian communities and to the national economy system at large, this sector has remained underdeveloped and in many cases underutilized [3].

Farmers have traditionally learn to identify and conserve their valuable genetic resources through traditional breeding systems. Their consideration of genetic values varies across communities. For instance, Mursi cattle are reared primary for milk production in pastoral community of southern Ethiopia [4]. However, Horro cattle are reared primary for draught power in western part of Oromia, Ethiopia [5].

Sampling methods: Multistage purposive sampling technique was employed for the selection of study districts and kebeles. East Shoa and West Arsi Zones were selected from mid rift valley of Oromia Regional state of Ethiopia. Again ATJK and Bora from East Shoa Zone and Dodola, Shala and Negele-Arsi from West Arsi Zone were selected based on potential of Arsi cattle. The samples were proportionate according to the total numbers of farmers per district. Accordingly, total of 240 households/farmers/ were randomly selected and interviewed. Family size, livestock possession, breeding objectives and cattle production constraints were collected the developed questionnaire.

Data gathered during the study period was checked for any error, coded and entered into excel spreadsheet. The general linear model of social package statistical software version 24 was used to analyse quantitative data. Indices were done for cattle production purpose and livestock production constraints as following:

Age and family size of the respondents

The age and family sizes of the respondents are presented in Table 1. There were differences (P<0.05) in family sizes among the respondents in the selected districts. The family sizes were larger in Shala district while the reverse was true with intermediate values across the other districts. The mean age of the respondents were similar to those reported by Getachaw, et al. [9] from Moretna Jiru district of Amhara Region. The study indicated that there were differences in the family size which will has consequence on the overall profit of the farm [10]. This is because the larger the family size the lesser will be the overall per unit share from the agrarian activities [11]. The overall family size as observed in this study are similar to what was reported by Zemene, et al. [12] from the Jimma Zone and Emana, et al. [13] from Gambella Region of Ethiopia. The respondents may have an inclination to have a large family size as this can give them additional farm hands in agrarian activities. However, over the period of time larger family size could result in fragmentation of farm hand which can have negative consequences over time [11].

Livestock possession among the respondents

The livestock possessions of the respondents in the study areas are summarized in Table 2. The results indicate that the numbers of cattle reared per household are varied across the study areas, which can be attributed to the importance of cattle in the overall farming economy; availability of farm lands year round and inputs [14]. The results indicated that the dependence on cattle husbandry is higher in Shala because of higher incidences of crop failure in the past. The numbers of sheep were higher in the highlands while the numbers of goats were higher at the lowlands which can be ascribed to their adaptability to the agro-ecologies [5].

Purpose of keeping livestock across the study areas

The findings presented in Table 3 indicate that cattle are primarily kept as a source of draft power and milk, in all the studied locations except in Shala district where milk was the primary cattle breeding goal. The results furthermore indicated that cattle are raised as a source of savings and serve as a source of income in all the studied locations. This is in accordance with the findings of Shiferaw [15] from Fantale District East Shoa Zone and Endashaw, et al. [4] from southern west Ethiopia. The main purpose of rearing cattle in the study areas is for draft reported by Belay, et al. [16] from central parts of Ethiopia. This might be because the cattle are the major source of draft power for all sorts of agrarian activities viz. ploughing, threshing, carrying inputs and outputs from the farm land. The cows are raised primarily as a source of milk and also dairy products such as butter and cottage cheese. Cattle are also the major source of farm input in form of the manure.

Major production constraints of the cattle reared in the study areas are summarized in Table 4. The results indicated that feed followed by water shortages in the area were some of the major constraints faced by the respondents in this study. The shortages of feed and water are some of the primordial constraints that have also been reported by Asrat et al., [6] from South part of Ethiopia and Solomon, et al. 2014 [17] from North West part of Ethiopia. However, diseases are second most important cattle production constraint in Bench Maji Zone, southwestern Ethiopia [18]. The availability of feed and water both in quality and quantity are important for livestock development in the area. Thus, the livestock development agents need to appraise the respondents about the conservation of forage and water in the area [19].

The respondents need to be trained in post-harvest conservation of crop residues besides proper feeding and utilization [20]. The study further indicated other constraints as diseases and less genetic potential of the cattle, which too are in close accordance with those of Kebede, et al. [21]. As diseases are one of the major problems in livestock development in the country [13], prevention of diseases through proper management of the livestock are important for the holistic improvement of the sector [5]. Thus, besides identification and prevention of economically important diseases in the area, the development agents need to appraise the respondents about vaccination of livestock. Moreover, many of the respondents complained about improving the genetic stock among the livestock in the area. Thus, the artificial insemination program has to be improved for rapid genetic improvement in the area as suggested by Hunduma [22]. To make the artificial insemination program successful proper estrus detection and management of cattle both pre and post insemination must be taken into account [23].

The respondents had large family sizes which may correlate to commonness in polygamy of which it’s an advantage in agrarian activity. In study districts, cattle mainly are reared primarily for draft, milk, savings and income sources. The major production constraints are feed shortage, water scarcity, disease and lack of superior germplasm across the study areas. Forage improvement, water preservation, disease prevention and improving genetic potential of cattle are required to resolve the principal cattle production constraints in order to amend the livelihood of small holder farmers.

The authors are grateful to School of Animal and Range Sciences, College of Agriculture, Hawassa University, for providing research methodology. I am grateful to Oromia Agriculture Research Institute for funding the research. I would like to extend our appreciation to Adami Tulu Agriculture Research Centre for technical support and for enabling us with a conducive working environment in conducting the study.

© 2020 Gudeto A, et al. This is an open-ijvsrcess article distributed under the terms of the Creative Commons Attribution License, which permits unrestricted use, distribution, and reproduction in any medium, provided the original author and source are credited. 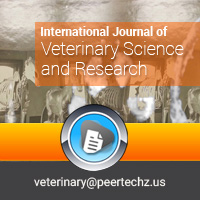