Cost of arterioveinous fistula at the Douala General Hospital: A Cameroon-based cross-sectional study

© 2022 William ND, et al. This is an open-access article distributed under the terms of the Creative Commons Attribution License, which permits unrestricted use, distribution, and reproduction in any medium, provided the original author and source are credited.

Background: Cost is a major limiting factor for dialysis in low-income countries. The objective of our study was to determine the economic cost of creating an arteriovenous fistula (AVF) for hemodialysis at the Douala General Hospital (DGH).

Material and methods: We conducted a descriptive cross-sectional study including patients undergoing AVF creation at the DGH from January to April 2020. Costs were calculated using a bottom-up approach. The direct cost was composed of the sum of the cost of medical consultation, additional paraclinical tests, drugs, disposables, hotel services, food, transport and medical and nursing care. The indirect cost was calculated as the sum of the costs related to the temporary incapacity to work and the additional expenses of the families. The cost of temporary work incapacity was calculated according to human capital theory. The economic cost was the sum of the direct cost and the indirect cost. The costs were expressed as a mean with standard deviation. The calculated costs were expressed in US Dollars. Statistical significance was considered as p < 0.05.

Conclusion: The cost of creating an AVF for hemodialysis was high and represented more than 2 times the median monthly income of patients and was mainly due to hospitalization costs. Therefore, there is a need to implement strategies to reduce the financial burden of arteriovenous fistula creation in our setting.

Haemodialysis is the most widely used kidney replacement therapy in the world [1]. It is a very expensive procedure, accounting for 1.4%, 2% and 2.5% of health care expenditure in France, Japan, and Korea respectively [2-5]. To achieve this procedure, vascular access (VA) such as Arteriovenous fistula, (AVF), (native (NAVF), prosthetic (PAVF), or graft (AVG)) and central venous catheters (CVC) is mandatory [6].

In Cameroon, chronic kidney disease (CKD) is common with an estimated prevalence of 10-13.2% [14,15]. Among these patients, 53,1% are referred in the end-stage renal disease (ESRD) [16,17]. A study conducted by Halle, et al. in 2017 estimated the overall cost of hemodialysis in Cameroon at $13740.7 per year per patient [18]. Furthermore, the patient himself supported 30% of this cost, i.e. $4162.9, which was expensive considering that only 9% of hemodialysis patients have health insurance [18]. The cost of creating VA for hemodialysis in Cameroon varies from one health facility to another (in practice between $344 and $430.1) despite a flat rate set by the public authorities. In particular, at the Douala General Hospital (DGH) where a flat rate of $344 is set. The study by Halle, et al. had shown that most patients started hemodialysis on a CVC, largely because this procedure is cheaper as compared to AVF creation. We, therefore, aimed to evaluate the real cost of creating an AVF in Douala General Hospital and then analyze the factors influencing it [18].

We carried out a cross-sectional study on the cost of creating an AVF at the DGH, over a period of 04 months from January 01 to April 30, 2020. The DGH is a tertiary care facility in the Cameroon health pyramid and the main referral hospital for patients with kidney disease in the Littoral region. About 12 arteriovenous fistulas are performed in the surgery department of this hospital each month.

All patients with stage 5 CKD in the process of creating an AVF for dialysis at the DGH and consenting to the study were included in the study. We excluded all patients with incomplete cost records.

Socio-demographic and clinical data were prospectively recorded in all patients.

We used the bottom-up approach for the cost calculation. In this approach, all the expenses generated and relating to each patient were collected individually by means of a questionnaire based on interviews done before and during their hospitalization as well as their clinical records and invoices. In this study, a non-comparative cost analysis was used, and this analysis was based on the perspective of the patient and society.

Comorbidities and localization of AVF

Socio-demographic and clinical characteristics of patients

As suggested by many authors, ESRD is a burden that primarily affects young adult males who constitute the “active population” [14-17]. The most represented comorbidities in our study were hypertension and diabetes, as in Sadio, et al. in Mali with 89.8% and 9.1% respectively [13]. In Portugal, Luis, et al. in Portugal in 2013 diabetes represented 46% of the population on dialysis [19]. These results are in line with all previous studies putting these 2 co-morbidities as the main cause of end-stage renal failure in our context [14-17]. Our findings also emphasize the need to undertake preventive actions to tackle risk factors associated with these two diseases. Moreover, as usual in our setting, this population was poor, underemployed with very few having health insurance. In fact, our population was in a more precarious social situation compared to that of Kaze, et al. [20]. Indeed, nearly half of the patients (40.9%) had a monthly income of < 62.9 USD, which is the minimum salary in Cameroon versus 17.3% found in the Kaze, et al. study [21]. This could be due to the fact that in our study population, all the patients were at stage 5 of the kidney disease and therefore already had a general condition that did not allow them to work for the most part, in contrast to Kaze, et al. who had also included patients from the less severe stage. Furthermore, in 47.72% of cases, it was the family who financed the care, and only 6 (13.64%) patients took care of themselves.

The average total direct cost per patient was lower than that described in several studies in Western countries [10,9,18]. Indeed, Aitken in the USA and Shakarchi in the United Kingdom found a mean direct medical cost of 572 USD, 643.04 USD and 1732.3 USD respectively [10, 9, 18]. This difference can be explained by factors related to the health system, the standard of living and the characteristics of the patients included in the various studies.

The indirect cost, resulting from the loss of productivity due to the absence of the patient in his place of work, the additional expenses of the families, the loss of productivity of the nurse and the cost of the possible hiring of a housekeeper were higher than the minimum wage in Cameroon confirming the burden of this pathology, enhancing the economic impact of this disease.

The overall mean economic cost of creating AFVs for hemodialysis per patient was 394.89 (221.2) USD. For comparison, the annual gross domestic product (GDP) per capita in Cameroon for the year 2018 was 1563.9 USD [21]. Also, this average overall cost represented 5.3 times the minimum salary in Cameroon. The direct cost accounting for the major part (83.54%) of this cost, the social impact on patients and their families was indisputable.

The influence of the length of hospitalization on the economic cost suggests that short-term or even day hospital interventions should be encouraged. At the same time, a better selection of patients, a judicious choice of the operating site and a smart operating technique could reduce the risk of reoperation in this precarious social environment.

The monocentric nature of the present study limits the generalizability of our results. The lack of characterization of the “intangible” costs that enter into the evaluation of the economic cost of a condition and defined as the distress and pain felt by the patient and others. These effects linked to the loss of well-being are real, but the main difficulty lies in the quantitative estimation or even the monetary evaluation of these effects.

Despite these limitations, this study provides the first estimates of the true economic cost of creating an AVF for hemodialysis in Cameroon and sub-Saharan Africa.

The creation of the AVF is a heavy burden for Cameroonian patients who in our work were mostly young, hypertensive, diabetic, without insurance and without income. Shortening the duration of hospitalization and improving the results of surgery could reduce this burden. 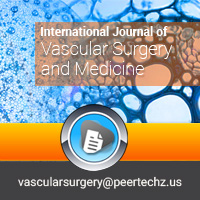