The counterphobic matrix of cuckolding and troilism: The psychopathological origin of sexual sharing paraphilias

© 2022 Perrotta G. This is an open-access article distributed under the terms of the Creative Commons Attribution License, which permits unrestricted use, distribution, and reproduction in any medium, provided the original author and source are credited.

Background and aims: Based on the concept of “cuckolding” and “troilism”, it was hypothesized that underlying this paraphilia is a counterphobic attitude that positively reinforced produces the establishment of behavioural addiction. The purpose of this study is to confirm this hypothesis.

Results: In a population sample of 108 subjects (98 males and 10 females), the totality was found to exhibit at least 5 dysfunctional personality traits of the manic, borderline, narcissistic covert, masochistic, and dependent types, with secondary traits of the neurotic, bipolar, histrionic, and paranoid types. Always the totality of the sample shows the marked dysfunctionality of a sexual nature (especially in relational profiles) and the activation of defense mechanisms typical of psychopathological processes; in particular, at the PSM-Q the totality of the sample stated that the basis of their paraphilia is the establishment of a traumatic event of an affective, sentimental or sexual nature related to adolescence and adulthood that has generated in the person distrust in the relationship.

Conclusions: At the origin of cuckolding and troilism, it is reasonable to deduce that there is a traumatic event of an affective, sentimental or sexual nature, occurring mainly in youth or early adulthood, which has negatively impacted the subject’s perception of the relational sphere. Such an event, capable of generating negative feelings of distressing origin, was then reworked and sublimated by the subject using a counterphobic attitude (the fear of being betrayed is replaced by the idea that granting the partner sexual freedom, after sharing, is sufficient to avoid the reoccurrence of the primary traumatizing event); the repetition of avoidant experiences of the danger of the primary phobia (betrayal) then generates in the subject the belief in the functioning of the mechanism, which therefore is repeated according to a cognitive-behavioural pattern of positive reinforcement, capable of establishing over time the behavioural dependence that underlies the paraphiliac disorder. Such a fear-prone psychopathological pattern, moreover, could be the same one that favours polygamous relational choice (at the expense of monogamous relational choice), net of environmental and social conditioning (e.g., Islamic contexts) that might naturally favour such choice. This counterphobic mechanism reinforced by positive reinforcement may underlie the onset of paraphilias and deserves further investigation.

In the literature, “Cuckolding” and “Troilism” are often confused terms describing the paraphiliac attitude of he (cuckold) or she (cuckquean) who derives pleasure from sharing his or her partner’s sexuality with other people. There is a profound difference between the two terms: in “cuckolding,” pleasure is originated from the sexual sharing of one’s partner, merely by seeing her in sexual contexts and deriving pleasure from the dominance, submission, and humiliation involved; in “troilism” (not to be confused with “triolism”, which is synonymous with cuckolding), on the other hand, there is pair play, in which the partners share the event according to precise predetermined agreements, and the origin of pleasure derives not so much from the sexual act itself as from the sharing that strengthens the relationship and trust between the two parties, while the third party or other components of the game are simply experienced as object elements from which to draw to achieve the fulfilment of pleasure [1-3].

A research study, dealing with clinical evidence in troilism [4], on a representative sample (550 subjects) of defined male and female gender, between 18 and 75 years of age, showed a unanimous statistical finding, using the PICI model [5-10]: 100% of the population sample has several dysfunctional personality traits that are significant for the diagnosis of a specific disorder; specifically: anxiety disorder, phobic disorder, obsessive disorder, addictive disorder and depressive disorder are recurrent in cluster A; bipolar B disorder, borderline disorder, narcissistic disorder and sadistic-masochistic disorder are recurrent in cluster B; schizoid disorder, schizotypal disorder, schizoaffective disorder and dissociative disorder are recurrent in cluster C. Behavioral addiction disorder and/or drug/alcohol dependence disorder is present in all subjects studied. The entire sample of the selected population also exhibits positivity on the test of dysfunctional behaviours in polygamous relationships, with extremely high data in the binary and/or anarchic style relational troilistic forms. Thus, the reported and revised data show the total psychopathological predisposition of subjects who consciously engage in a polygamous style of relationship, confirming the prevalence of borderline and narcissistic disorders, up to the marked presence of dysfunctional psychotic traits in subjects who prefer the anarchic sentimental style troilistic relationship. The main causes that drive the subject to embark on the troilist path are mostly traumatic relational experiences of the familial and affective-sentimental type (betrayal); therefore, the emotional tension and anxiety arising from the fear of reliving negative experiences are attenuated by the troilist relationship style, favouring a marked narcissistic control that generates, aggravates or self-feeds the dysfunctional traits found. The emotional experiences experienced during troilist (polysexual or polyamorous) conduct act as positive reinforcement, for the maintenance and reinforcement of the subject’s beliefs. Supporting this hypothesis is the finding that, for both the male and female sample populations, narcissistic control is the central motive for maintaining the troilist style. The troilist (polygamous or polyamorous) choice is, therefore, to be considered markedly dysfunctional, and therefore worthy of clinical investigation to better frame the patient.

Again, there is a tendency to confuse paraphilias of sexual sharing (troilism and cuckolding) with polygamous relational choice, even in its sexual expression alone [11], as seen in another research on polygamy perceptions [12], in which it emerged that there is a strong prejudice and preconception about polygamy being confused with cuckolding or other dysfunctional forms of love. The reasons for the monogamous choice are often related to the idea that polygamy does not involve love or that sex is more important than love or that social justice is a deterrent to a free and conscious choice or that jealousy and possessiveness prevent opening up to polygamous visions, even though 63.84 per cent (336/540) say they are in favour of experiencing casual threesomes, as long as the partner is not present or does not interact with other people. The research also showed that in the selected young people, curiosity and desire to discover make them lean more toward the idea of polygamous discovery (although they often fall into fantasies and thoughts closer to dysfunctional forms); however, it is only in adulthood and maturity that this relational system (polygamy) manages to take root, partly due to possible individual traumatic pasts that have not been reprocessed.

The purpose of this study is to demonstrate that sexual sharing paraphilias (troilism and cuckolding) are adaptations to childhood, adolescent or early adulthood traumas that impact the emotional, affective relational sphere, sentimental or sexual and originate from a counterphobic attitude (defined as such by the Austrian psychoanalyst Otto Fenichel and understood as behaviour opposed to fear to externally demonstrate the ability to overcome it in the absence, however, of proper reworking on the unconscious level) [13,14], which positively reinforced produces the establishment of behavioural addiction.

Starting from the classic definition of “cuckolding” and “troilism”, a population sample was selected for the administration of the following clinical instruments: 1) Clinical interview, based on narrative-anamnestic and documentary evidence and the basis of the Perrotta Human Emotions Model (PHEM) concerning their emotional and perceptual-reactive experience; 2) Administration of the battery of psychometric tests published in international scientific journals by the author of this work: a) Perrotta Integrative Clinical Interviews (PICI-2), to investigate functional and dysfunctional personality traits; b) Perrotta Individual Sexual Matrix Questionnaire (PSM-Q), to investigate individual sexual matrix; c) Perrotta Affective Dependence Questionnaire (PAD-Q), to investigate affective and relational dependence profiles; d) Perrotta Human Defense Mechanisms Questionnaire (PDM-Q), to investigate ego defence mechanisms.

he phases of the research were divided as follows:

The requirements decided for the selection of the sample population are:

The selected setting, taking into account the protracted pandemic period (already in progress since the beginning of the present research), is the online platform via Skype and Video call Whatsapp, both for the clinical interview and for the administration.

The present research work was carried out from March 2020 to June 2022. All participants were guaranteed anonymity and the ethical requirements of the Declaration of Helsinki are met. Since the research is not financed by anyone, it is free of conflicts of interest. The selected population clinical sample, which meets the requirements, is 108 participants, divided into five groups (Table 1).

After the selection of the chosen population sample (first stage), we proceeded with the clinical interviews (second stage), from which the first significant data emerged:

Looking at the total sample of the population (108/108), one immediately notices the almost total majority of the male component (98/108) and the incidence of age on choice; during the clinical interviews, it emerged that age was inversely proportional to choice and that in adulthood and maturity the choice was not dictated by physical pleasure factors as much as more by the psychological pleasure generated by the experience. In the female population then we see, again in adulthood and maturity, an almost imposing choice, pandering to the pleasures of the partner at the expense of a more mature and monogamous relational choice.

Using, during the interview, strategic language [15-17] and Perrotta’s Human Emotions Model (PHEM) [18], it was found that the entirety of the selected population sample exhibits a complete distress orientation, facilitating feelings such as guilt, shame, anger, fear, and disappointment, in the presence of past (childhood) and current (interpersonal and work) family trauma.

The third stage of the research focused on the administration of the battery of questionnaires and these revealed the following results:

In conclusion, the data obtained from the administration of the clinical interview and questionnaires point to the confirmation of the study hypothesis.

It is plausible to think that sexual sharing paraphilias (troilism and cuckolding) are adaptations to childhood, adolescent or early adulthood traumas, which impact the emotional, affective relational sphere, sentimental or sexual and originate from a counterphobic attitude in which the subject to overcome the anguish arising from the trauma and thus the fear of it enacts a series of actions aimed at neutralizing the phobic source (and thus the fear of being betrayed again generates in the subject the need to experience the trauma by placing it, however, under his or her control).

In essence: the subject who fears reliving the trauma of betrayal establishes one or more behaviours aimed at psychologically and physically enjoying the betrayal itself, managing it in all its phases (search, relationship knowledge, relationship management, preliminary agreements, relationship agreements, execution of the act, emotional profiles and relationship termination), so that he/she does not have any negative surprises regarding the discovery of potential betrayal. This cognitive distortion [44-47], i.e., the irrational belief that by controlling the sexual game he is safe from omissions, lies, and betrayal by his partner (e.g., the sentimental attraction on the part of the partner to the third party) predisposes him to coercively repeat the action (sexual encounters) which, if it were to continue as planned, would generate a series of positive reinforcements capable of crystallizing the behaviour and making it habitual; the positive habit would then produce over time the behavioural dependence resulting from the reward and enjoyment that sexual encounters produce, modifying as much in structure as in function the neural circles involved precisely in addictions, both in the glutamine and dopaminergic pathways [48].

This counterphobic mechanism reinforced by positive reinforcement may underlie the onset of paraphilias and deserves further investigation. 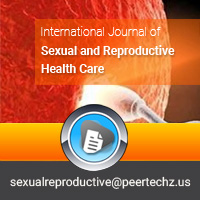