Perioperative mortality of pediatric surgical patients in a developing country: Incidence and Etiology

Methods: This was a retrospective (STROBE) study of children that died within 30 days following surgery at the pediatric surgery unit of Enugu State University Teaching Hospital, Enugu, Nigeria.

Results: There were 2111 pediatric surgical procedures performed during the 5-year study period. Nineteen patients died within 24 hours of surgery which gave a mortality rate of 0.9%. Within 30th post-operative day, further 25 patients expired making it 44 mortalities in total, which correspond to 2.1% mortality rate. The median age of the patients was 2 years. Necrotizing enterocolitis, intussusception and typhoid intestinal perforation were the most common cause of mortality in neonates, infants and children greater than 1 year of age respectively. Overwhelming sepsis was the cause of mortality in most of the patients.

Conclusion: Generally, laparotomy for typhoid intestinal perforation was the most common surgical procedure that culminated in the patient’s mortality. Specifically, necrotizing enterocolitis had the highest percentage of deaths.

This was a retrospective study (STROBE) of children (less than 15 years of age) who died following surgery, between September 2013 and October 2018, at the pediatric surgery unit of Enugu State University Teaching Hospital (ESUTH) Enugu, Nigeria. Consecutive patients who presented during the study period were enrolled into the study. Patients operated on both electively and emergently were evaluated. Patients with incomplete medical records were excluded. ESUTH is a tertiary hospital, with more than 500 beds, located in Enugu, South East Nigeria. The hospital serves the whole of Enugu State, which according to the 2016 estimates of the National Population Commission and Nigerian National Bureau of Statistics, has a population of about 4 million people and a population density of 616.0/km2. The hospital also receives referrals from its neighboring states. Ethical approval was obtained from Ethics and Research committee of Enugu State University Teaching Hospital, Enugu (ESUTH/C-MAC/RA/034/VOL11/176) on 6th August, 2019.

Consecutive children who had surgery during the study period for a wide range of general pediatric surgical conditions were recruited into the study. On presentation, the patients were clinically evaluated and appropriate investigations performed. The procedure was explained to the parents/caregiver and informed consent for treatment obtained. All the patients were resuscitated using intravenous fluids and antibiotics. At induction of anesthesia, preoperative antibiotic (ceftriaxone) was given. All the surgical procedures were performed under general anesthesia.

Details of the surgery performed depended on the surgical pathology.

The patients were placed on parenteral analgesics (pentazocine) and antibiotics (ceftriaxone). Post-operative complications and perioperative mortality within 24 hours and within 30 days of surgery were evaluated. The above treatment protocol is reproducible. The neonates were managed in a neonatal intensive unit with one functional ventilator. Blood and vasoactive drugs are used when indicated.

There were 2111 pediatric surgical procedures performed during the 5-year study period. Nineteen patients died within 24 hours of surgery which gave a mortality rate of 0.9%. Within 30th post-operative day, further 25 patients expired making it 44 mortalities in total, which correspond to 2.1% mortality rate. Demographic features of the 44 patients are shown in Table 1.

Disease conditions and age groups of the patients

The disease conditions and age groups of the patients are shown in Table 2.

The mortality rates of the specific disease conditions are shown in Table 3.

Definitive surgeries performed in the patients and the mean ASA class is depicted in Table 4.

Nature and time of the operation

mprovements in care and monitoring have resulted in reduction in anesthesia and surgery related mortality in developed countries [8]. However, the African Surgical Outcomes Study reported that patients in Africa are twice likely to die after surgery when compared with outcomes in developed countries [9]. Perioperative mortality is one of the six key indicators used to measure the strength of a country’s surgical system as recommended by the Lancet Commission on Global Surgery [5]. The relevance of mortality analysis is that it helps healthcare policymakers in planning and resource allocation.

In the present study, the 24-hour and 30-day mortality rates recorded is similar to the report of a multicenter study conducted in Kenya, East Africa [10]. Perioperative mortality rates vary widely [4,6,7,11,12]. The difference in mortality rates may depend on the timing of the post-operative period and geographical area of study. Again, the reported mortalities from these studies may be disease or procedure specific. The male predominance recorded in the present study is consistent with the report of other researchers [10,13]. However, other studies reported that gender is not a risk factor for pediatric perioperative mortality [14,15]. The median age of our patient is in line with the report of Talabi et al [7]. Torborg et al reported a mean age of 5.9 years in their series [16]. The delayed presentation of our patients is evident in the 3-day median lag period before presentation to the hospital. Delays in presentation for care translate into higher mortality [17]. This late presentation is prevalent in developing countries mostly due to poverty and ignorance.

Among the neonates, necrotizing enterocolitis was the most common pathology leading to perioperative mortality in the present study. Necrotizing enterocolitis is a multifactorial disease process of the gastrointestinal tract of neonates (especially premature neonates) that results in inflammation and bacterial invasion of the bowel wall [18]. Bonasso et al in their series on pediatric perioperative mortality reported that the largest proportion of perioperative deaths occur secondary to necrotizing enterocolitis [11]. Neonates are vulnerable when it comes to anesthetic risk and perioperative mortality [19]. Intussusception is the most common pediatric abdominal surgical emergency in our centre and accounted for most mortality amongst the infants. One study from south western Nigeria reported that late presentation as the reason for high post-operative mortality in children who have intussusception [7]. In children older than 1 year of age, typhoid intestinal perforation was the pathology that caused most mortality. Typhoid intestinal perforation is a common pathology in developing countries due to poor sanitation, absence of potable drinking water and improper waste disposal. The high mortality in typhoid intestinal perforation could be due to late presentation, delayed operation, drug resistance and high virulence of the organism, Salmonella [20]. The most common performed surgical procedure in the present study was primary closure of intestinal perforation secondary to typhoid. Other studies on typhoid perforation also reported primary closure of intestinal perforation as an effective treatment modality [20,21]. The lowest American Association of Anesthesiologists (ASA) class of the patient in this series was ASA class 111. This advanced ASA class may have accounted for the mortality in these patients. ASA status 111 or more was also associated with higher mortalities in other studies [10,22]. However, Aplin et al reported poor reliability of ASA grading system among different anesthetists in pediatric surgery practice [23].

Surgical care is fraught with hazards in every setting: From the anesthesia needed to induce insensibility to the technical risks of the surgical procedure. These hazards are worse in emergency surgeries when compared with elective surgeries. Inadequate preparation for the procedure, inability to modify patient-specific risk factors, logistical difficulties mobilizing human or infrastructural resources and challenge of working with incomplete information are factors that contribute to higher mortality in emergency surgeries [17]. Some studies have found more perioperative mortality during night time surgeries [10,24]. However, Tessler et al reported no difference in perioperative mortality with regards to surgeries performed at night [25].

Any condition leading to sepsis is a common cause of pediatric mortality. In the index study, peritoneal abscess and anastomotic leak led to overwhelming sepsis that eventually resulted in multiorgan dysfunction syndrome and death. Talabi et al also reported sepsis as the most common cause of pediatric perioperative mortality [7]. However, Ray and Saha reported that in children who undergo general anesthesia, respiratory complications are a significant cause of perioperative mortality [26].

Pediatric surgical cases in low income countries are still associated with higher mortality when compared to high income countries. Generally, laparotomy for typhoid intestinal perforation was the most common surgical procedure that culminated in the patient’s mortality. Specifically, necrotizing enterocolitis had the highest percentage of deaths. Early presentation, provision of operative and monitoring facilities may reduce pediatric perioperative mortality in developing countries.

1. Small number of patients. A larger number would have availed better analysis

2. Retrospective nature of the study. A prospective review would have assessed specific factors that may have affected mortality.

My gratitude goes to the residents who helped in data collection.

© 2021 Emeka CK, et al. This is an open-access article distributed under the terms of the Creative Commons Attribution License, which permits unrestricted use, distribution, and reproduction in any medium, provided the original author and source are credited. 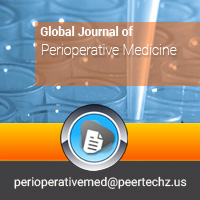