An Innovative New Treatment for Asherman Syndrome with an Intrauterine Amniograft: A Case Series

Objective: To determine if placing a cryopreserved amniotic membrane product (AmnioGraft) at the time of hysteroscopic treatment for Asherman syndrome will promote regeneration of the endometrium.

Methods: This case-series evaluated the use of an allogenic AmnioGraft technology on women with the diagnosis of severe Asherman syndrome, a thin endometrial stripe, and a desire for future fertility. An AmnioGraft is a novel treatment modality to reduce inflammation and adhesion formation after hysteroscopic adhesiolysis. The AmnioGraft is designed to prevent scaring, reduce inflammation, and promote wound healing, which would be beneficial in the treatment of Asherman syndrome. After obtaining consent, women underwent operative hysteroscopy, lysis of intrauterine synechiae under ultrasound guidance, and curettage. A 3.5x3.5cm AmnioGraft was wrapped around a Cook intrauterine balloon stent and inserted into the uterus for two weeks.

Conclusion: The AmnioGraft may provide an alternative treatment option for patients with Asherman syndrome who desire future menses and pregnancy. Larger randomized studies need to be performed to confirm this result.

Given this high rate of intrauterine adhesion reformation, many attempts have been made to decrease this rate. One unique technique was performed by Amer et al that evaluated the use of a fresh amnion graft over an inflated balloon or a Foley catheter for 2 weeks at the time of hysteroscopic adhesiolysis in women with moderate and severe intrauterine adhesions. The authors noted a significant improvement in uterine length and intrauterine adhesions [7]. Given there may be concerns regarding transmission of occult infections using a fresh amnion graft, we attempted to perform a similar study using an allogeneic AmnioGraft. The graft is typically used by ophthalmologists to treat ocular surface indications as it has been shown to reduce inflammation, promote regenerative healing, support limbal stem cells, and suppress pain associated with inflammation [8]. Since the AmnioGraft has een successful at decreasing inflammatory disease in other areas of medicine, we hypothesized it may be beneficial in patients with intrauterine adhesions. Our study is a case-series evaluating the use of the AmnioGraft to decrease the rate of adhesion formation, promote mesenchymal stem cell growth, and evaluate for a thickened endometrial stripe and subsequent pregnancy in patients with severe Asherman syndrome.

Women who presented to the University Hospitals Case Western Reserve Medical Center Reproductive Endocrinology and Infertility office between the years 2011-2015 were approached if the patient had a diagnosis of moderate or severe Asherman syndrome, a thin endometrial stripe, and a desire for future fertility. The patients were informed that the placement of an AmnioGraft membrane is an experimental technique, and a novel use in the endometrium. The AmnioGraft is a biologic ocular transplantation graft made by Bio-Tissue®.

After written informed consent was obtained, the patient underwent operative hysteroscopy, lysis of intrauterine synechiae under ultrasound guidance, and curettage under general anesthesia. Adequate curettage, signified by exposure of vasculature and bleeding in an area of the uterus that previously had no visible functional endometrium, was confirmed with hysteroscopy prior to placing the graft. A 3.5x3.5cm AmnioGraft was then wrapped around a Cook intrauterine balloon stent and inserted into the uterus (Figure 1). Generally this would require additional cervical dilation and an assistant to hold the intrauterine balloon in place while distending the stent with saline. Approximately 5-8mL saline was used to inflate the intrauterine balloon and placement was confirmed by abdominal ultrasound monitoring (Figure 2). The stent was maintained for two weeks, and the patient received antibiotics (doxycycline 100mg BID) and high dose estrogen therapy (micronized estradiol 2mg, 4 times a day) during this time period. Prior to removal of the graft, an ultrasound was performed to ensure adequate growth of the endometrial lining. The patients then continued the estrogen therapy for two additional weeks. Medroxyprogesterone 10mg was started the last 12 days of estrogen therapy. After completion of the hormone therapy, the patient was able to continue with any additional required fertility treatments.

Figure 1: AmnioGraft wrapped around Cook intrauterine balloon prior to insertion into the uterus.

Figure 2: Transabdominal ultrasound performed after placement of the intrauterine balloon to confirm placement.

With IRB approval, a list of the patients who received an intrauterine graft was maintained, and the patients were followed in the clinic for the outcome. A case-series evaluation was then performed to review the outcomes from the procedure.

Ten women received the AmnioGraft between the years 2011-2015. Six of the ten women had amenorrhea prior to the surgery (ranging from 1.5-8 months of amenorrhea), and all of the women achieved menses post-operatively. All ten women had the diagnosis of Asherman syndrome. Six women had 2 or more pregnancy losses, and only one woman had never conceived. The ages, prior treatments, and past medical histories varied significantly between the women (Table 1).

A similar surgery was performed for all patients including an operative hysteroscopy, lysis of intrauterine adhesions under ultrasound guidance, curettage, and placement of AmnioGraft and intrauterine balloon. Given there is no universal grading system for the severity of intrauterine adhesions, the severity was graded using the Valle and Sciarra’s 1988 classification. Mild disease indicates there were filmy adhesions composed of basal endometrium producing partial or complete uterine cavity occlusion. Moderate disease involves fibromuscular adhesions that are characteristically thick, covered by endometrium that may bleed, and partial or total occlusion of the uterine cavity. Severe disease is composed of connective tissue with no endometrial lining and is partially or totally occluding the endometrial cavity. Five women had moderate disease and four women had severe disease.

The average increase in pre- versus post- operative endometrial thickness was 3.3mm, but did vary between the women (range 1.6-8.2mm). The endometrial stripe was measured mid-cycle between cycle days 10-14. All women were able to achieve menses post-operatively. Four of the ten women achieved pregnancy. The first patient had a di/di twin gestation after a cycle of in-vitro fertilization. The second patient had a spontaneous chemical pregnancy with a subsequent spontaneous singleton gestation. The third patient had a spontaneous chemical pregnancy, and the fourth patient had a spontaneous singleton gestation. Three patients attempted IVF cycles and did not achieve a pregnancy; two patients have frozen embryos but has not undergone embryo transfer; one patient attempted one intrauterine insemination that was unsuccessful; and one patient decided to proceed with using a gestational carrier. There were no post-operative complications.

Placement of an intrauterine AmnioGraft increases the endometrial thickness in patients with a history of Asherman syndrome. There is sparse data regarding the pregnancy outcomes in patients who received the graft; however, there are many confounding factors that could impact the pregnancy rate.

A frequent and often frustrating outcome of patients who have hysteroscopic surgery is recurrence of uterine adhesions. Injury to any organ triggers a cascade of cellular and molecular responses which result in inflammation. Acute and chronic inflammation often trigger fibrosis [9]. Therefore, we hypothesized that an agent shown to decrease inflammation in other areas of medicine may be beneficial in women with severe intrauterine adhesions.

It has been postulated that the basalis layer of the endometrium harbors endometrial stem/progenitor cells, which are responsible for the regenerative capacity [10]. It is also possible that inflammation may prevent the endometrium from regenerating due to the deposition of fibrotic tissue. It is based on this theory that a curettage was performed, particularly near the cornu (often more likely to have basalis cells) prior to placement of the AmnioGraft with the hope of reseeding the endometrium with the progenitor cells and promotion of stem cell regeneration. One case report in which a patient with severe Asherman syndrome received autologous bone marrow stem cells placed in the uterus, suggested that this treatment enabled regeneration of the endometrium sufficient to support a donor IVF embryo [11]. Similar work is being done in the mouse model with Asherman syndrome. Mice with induced intrauterine synechiae are treated with mesenchymal stem cells injected into the uterine horn with or without the addition of estrogen supplementation. Stem cells, when added to estrogen, were highly effective in regenerating the endometrium [12]. While the use of stem cells is an exciting new possibility for the treatment of severe Asherman syndrome, more animal studies and controlled human studies are certainly needed.

Other methods to decrease intrauterine adhesions have been studied. It is believed that proximity of injured post-surgical tissue, like the anterior and posterior uterine wall, may be a nidus for fibrosis and reformation of adhesions. Therefore, in theory, if the inner surface of the uterine cavity are prevented from touching after surgical manipulation, there may be a decrease in adhesion formation. Both the intrauterine device (IUD) and an intrauterine Foley balloon have been studied. Early studies with the IUD were very promising regarding recurrent adhesion formation likely due to larger size of the early IUD (Lippes Loop); however, a recent review article noted that the newer ‘T’- shaped IUD would need to be combined with other ancillary treatments (foley catheter, hyaluronic acid gel, hormonal therapy) to obtain maximal successful treatment outcomes [13,14]. Orhue et al., studied the use of the IUD or Foley catheter balloon to prevent recurrent adhesions. Both devices were inserted in the operating room after completion of the hysteroscopic lysis of adhesions, and the IUD was maintained for 3 months whereas the Foley catheter balloon was removed after 10 days. 81.4% of the patients who used the Foley catheter had restoration of normal menstruation compared with 62.7% of the women in the IUD group (P<0.05). Additionally, persistent amenorrhea occurred in 18.6% of women in the Foley catheter group and in 37.3% of women in the IUD group (P<0.03) [15].

Similar to the AmnioGraft, a synthetic adhesion barrier, hyaluronic acid, has been used to prevent intrauterine adhesions. In 2002 Tsapanos et al performed a randomized controlled trial in which women either received Seprafilm (modified hyaluronic acid membrane) or no treatment after suction dilation and curettage for incomplete, missed, or recurrent abortion. In the patients who received the Seprafilm, 100% of the patients achieved pregnancy in the following 8 months compared to only 54% in the control group [16]. The use of Seprafilm has not been studied in women with the diagnosis of Asherman syndrome to evaluate the use in prevention of recurrent adhesions.

Estrogen supplementation after lysis of intrauterine adhesions may be beneficial to increase the endometrial proliferation and prevent fibrosis to opposing sides of the uterus. Hormonal therapy was shown to increase the endometrial thickness in women after first trimester abortions, and is frequently used by providers for this indication [17]. Given we also used estrogen and progesterone support in addition to use of the AmnioGraft in this study, it is difficult to separately evaluate which treatment modality resulted in the increased endometrial strip thickness.

The strengths of the study include that all of the procedures were performed at one institution by a single physician, which may help reduce variations in technique by different providers. An obvious limitation is the case-series study design, which is descriptive. Therefore, it is difficult to compare the efficacy between other treatment approaches without a comparison group. Given it is rare to find a woman with moderate to severe Asherman syndrome who is a candidate for an intrauterine graft, it would be challenging to perform a randomized study in a single institution study.

Overall we would conclude that based on this case-series there may be a utility for using an intrauterine graft in a select group of women to improve endometrial thickness (a structural measurement) while the functional aspects of the endometrium as demonstrated by successful embryo implantation remains to be determined. A large, randomized study comparing patients who receive the AmnioGraft to patients who only undergo hysteroscopic lysis of adhesions with hormonal therapy would be the next step.

© 2016 Gupta A, et al. This is an open-access article distributed under the terms of the Creative Commons Attribution License, which permits unrestricted use, distribution, and reproduction in any medium, provided the original author and source are credited. 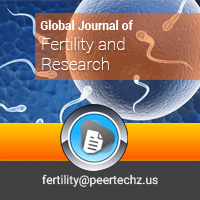