Background: Malignant mesothelioma is a highly aggressive and fatal cancer of older people. Consistently associated with asbestos exposure, mesothelioma is diagnosed when it is extensively metastasized and it has a dismal prognosis.

Results and main findings: The mesothelioma MSTO-211H cells were cultured in complete Ham F-12K medium and the cells were then treated with the nutrient mixture at 0-1000 µg/ml concentration. Cell cytotoxicity was measured by MTT assay, morphology by H&E staining, and the apoptosis by LIVE Green Caspases. The nutrient mixture did not show significant inhibition of cell proliferation. However, H&E staining at the dose of 100 µg/ml showed a few cellular changes, while significant changes pertaining to apoptosis morphology were observed at 500 and 1000 µg/ml. LIVE Green Caspases analysis showed cells in early an d late apoptosis with increasing doses of the nutrient mixture.

Conclusions: Our results suggest that the nutrient mixture may provide a new supplemental strategy for enhancing the therapeutic options for mesothelioma

Malignant mesothelioma is an aggressive tumor commonly originating in the pleura and less commonly in the peritoneum. It is more frequently diagnosed in men over 70 and seen less frequently in women. Approximately 3000 people are diagnosed with mesothelioma every year in the United States [1]. Although overall incidence of mesothelioma has been decreasing in the USA over the past decade, it is still a major cause of death in other parts of the world. Exposure to asbestos is one of the main risk factors for the development of mesothelioma. Occupations in the mining, textile, construction and ship building industries are some of the professions at high risk for asbestos exposure. Some reports suggest that treatments such as radiotherapy can also lead to mesothelioma [2]. Patients with mesothelioma generally do not have complete resolution after surgery. Chemotherapy or radiotherapy treatments possess their own challenges and associated side effects. Newer treatment options such as photodynamic and gene therapy, and interleukin and interferon treatment are advocated in some cases of mesothelioma [1]. However the response is limited. There is an urgent need for a safe and alternative option to control this malignancy.

Due to their antitumor actions including induction of apoptosis, a number of plant-based phytochemicals are increasingly being used as important treatment cancer treatment methods. Our aim was to address cancer metastasis by using a unique mixture of nutrients using green tea extract, ascorbic acid, lysine, and proline. This nutrient mixture (NM) has demonstrated anticancer properties in a number of cancer cell lines both in vivo and in vitro. Our previous studies have shown that the NM can inhibit the expression of matrix metalloproteinases (MMP) enzymes and inhibit cell invasion of the Matrigel™ [3]. In the present study we evaluated if the antitumor effects of NM are because of the apoptosis induction.

Cell Culture and composition of the Nutrient Mixture (NM)

Human mesothelioma cells MSTO-211H were purchased from ATCC (American Type Culture Collection) (Rockville, MD). The cells were cultured in Ham-F12K media supplemented with 10% FBS and antibiotics (100 U/mL penicillin and 100 µg/ml streptomycin) at 37° C ­­­in 5% carbon dioxide, 95% oxygen in a humidified cell incubator. The media was changed every alternate day. Cells were plated in 24-well tissue culture plates at the density of 3 x 104 cells until confluent. Then the cells were treated with NM at concentrations of 0, 50, 100, 500, and 1000 µg/ml in triplicate. The composition of NM is indicated in table 1.

Cell viability was determined using MTT assay. The assay is a colorimetric assay based on the ability of the viable cells to reduce soluble yellow tetrazolium salts to blue formazine crystals. After incubation of the cells with NM for 24 hours, 50µL of MTT reagent in media (0.5mg/ml) was added to each well, and further incubated for 2 hours at 37° C. The solution was carefully aspirated and the blue formazine precipitate was dissolved in 1 ml DMSO and the absorbance (OD) was measured on a microplate reader at a wavelength of 570 nm in a BioSpec 1601 Shimadzu spectrometer. The percentage of inhibition was calculated.

The MSTO-211H cells were cultured in 24-well plates and were treated with NM in test concentrations at 0, 50, 100, 500 and 1000 µg/ml, respectively. After 24-hour incubation, the cells were washed with phosphate-buffered saline (PBS), fixed with methanol, and then stained with hematoxylin and eosin (H&E), and images were captured by microscope.

Caspase activity was evaluated by LIVE Green Caspase Kit. The cells were treated with NM at 0, 50, 100, 500, and 1000 µg/ml for 24 hours, near confluence. After washing with PBS, the cells were treated with caspase reagent as specified in the manufacturer’s instructions (Molecular Probes Image-IT LIVE Green Poly Caspases Detection Kit 135104, Invitrogen). The MSTO-211H cells were then photographed under the fluorescent microscope and counted. Green colored cells represent viable cells, orange and red colors represent early and late apoptotic cells, respectively.

The results were expressed as mean ± standard deviation (SD) for the groups. Data was analyzed by the independent t-test.

The cells were treated with NM at various concentrations and the cell viability was assessed by MTT assay. Cytotoxic effect of NM and viability of the MSTO-211H mesothelioma cells were studied and the results are shown in figure 1. The NM had no effect at 50 µg/ml, however, the cell proliferation was inhibited by 10%, 15%, and 20% at NM concentrations 100, 500, and 1000 µg/ml, respectively.

Apoptotic pattern was studied after H&E staining of the mesothelioma MSTO-211H cells at different concentrations of the NM. The characteristic apoptotic morphology was observed indicated by features such as shrinkage of the cytoplasm, and darkly stained nuclei with intensely acidophilic cytoplasm. These changes were seen to be increasing in a dose-dependent fashion, that is, minor apoptotic changes were noticed at 100 µg/ml, and moderate to significant changes were seen at 500 and 1000 µg/ml of NM. (Figures 2A through 2E).

Figure 3a-e: 3F- Analytical representation of the differential distribution of MSTO-211H cells in early or late phases of apoptosis upon treatment with 0, 50, 100, 500 and 1000 µg/ml NM concentrations.

Figure 3f: 3F- Analytical representation of the differential distribution of MSTO-211H cells in early or late phases of apoptosis upon treatment with 0, 50, 100, 500 and 1000 µg/ml NM concentrations.

Although the pathogenesis of highly aggressive malignant mesothelioma remains unclear, it is widely considered to be a fatal cancer with an average survival of 4 to 18 months after diagnosis [1]. This is mainly due to the aggressiveness of cancer and the lack of effective treatment options for mesothelioma. In our previous study, the NM demonstrated dose-dependent decrease in MMP secretion and dose-dependent increase in TIMP-2 secretion by mesothelioma cell lines [4].

The development of any abnormal cell to grow into a cancerous tumor is dependent on several factors, one of which is its ability to escape apoptosis. Apoptosis, also known as programmed cell death, is a complex process that occurs in several pathological situations. Cancer cells not only multiply uncontrollably, they successfully dodge this natural mechanism of death. Various methods have been developed to study apoptosis using up-regulation and down-regulation of specific genes such as the Bax and p53 genes [5]. Cancer cells hijack the cell machinery and stop apoptosis by blocking the activity of a particular gene, p53. This protector gene first stops the division of abnormal cells, and then initiates either their repair or their destruction if the damage is severe. Normally, the p53 gene activates specific apoptotic proteins from the Bcl2 family and the caspases enzymes that initiate and continue the process of apoptosis. Caspase enzyme activation is one of the earlier stages of apoptosis. Pro-apoptotic signals initiate specific reactions within the cell that activate the caspase enzymes and result in cleavage of protein substrates followed by the disassembly of the cell. The stimulation of suppressed apoptotic pathways in cancer cells and the induction of apoptosis is a predominant mechanistic approach to target cancer. The study of apoptosis by activation of caspase enzymes is an emerging area of research. The family of caspase aspartate, specifically cysteine proteases, is emerging as playing a central role in apoptosis. Some examples of these important caspases are caspase -3, -7, -8 ,-9, and -10 [6,7]. Several drugs, including Aspirin and other nonsteroidal anti-inflammatory drugs (NSAIDs), are being researched in cancer cells for their usage as apoptosis inducers.

Based on our previous studies, we have developed a multi-targeted approach to address cancer growth, and its spread. We have seen that the NM is effective in inhibiting invasion and metastasis, and inducing apoptosis by using an innovative combination of synergistic nutrients that include natural substances like ascorbic acid, lysine, proline, and green tea extract. The NM used in the study was specifically developed to combine the individual anti-tumorigenic and pro-apoptotic properties of the component micronutrients. Either used alone, or in combination with lysine and proline, ascorbic acid has shown anti-cancer actions due to its critical role in collagen synthesis, and formation of the basement membrane of extra cellular matrix [9-15]. Production of strong collagen fibers and structurally strong basement membrane are essential in preventing the tumor growth and micro-metastases. Epigallocatechin gallate (EGCG), one of the green tea polyphenols, has chemo preventative properties as studied in various cancer cells [16-18]. Our previous studies have shown that when used in synergistic combination, ascorbic acid, lysine, proline and EGCG exert a significantly pronounced anti-cancer effect than when any of the nutrients are used alone [19].

Despite several treatment options, the patient outcome for mesothelioma is extremely poor, especially once the cancer has metastasized. Our previous in vitro studies have indicated that NM was able to inhibit growth of MSTO-211H by down-regulating MMP-2 and -9 expression, and up-regulating the MMP inhibitors [4]. The pharmaceutical drugs with pro-apoptotic action act indiscriminately, inducing apoptosis not only in cancer cells but also in healthy cells. These drugs can cause brutal side effects including drug resistance and reduced efficacy to liver failure in patients. In another study, we tested NM to evaluate its effects on normal cells. The normal cells did not show increased apoptosis, proving the cancer cell selective action of NM and thus its being much safer than pharmaceutical drugs [20]. Our other studies have shown as well that MN was ineffective in inducing enzymes in vital organs such as the heart, kidney, and liver, even at high concentrations. This shows that NM is non-toxic [21]. Based on our current study, NM is a safe and effective alternative and should be considered as a supplemental option in the treatment of mesothelioma.

© 2019 Roomi MW, et al. This is an open-access article distributed under the terms of the Creative Commons Attribution License, which permits unrestricted use, distribution, and reproduction in any medium, provided the original author and source are credited. 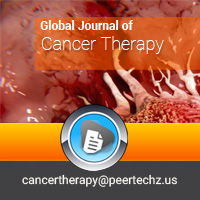