Advances in Toxicology and Toxic Effects

Occupational exposures can be the major cause of infertility. Iron industry has previously been assessed for different associated toxicities [1-5]. A wide range of studies have been conducted to assess the effects of occupations on the fertility status of workers [6-11]. Different industries involve an exposure to different sets of chemicals, nascent metals, dusts and fumes. Iron industries involve different industrial operations like welding, cutting, grinding and painting. Welding fumes may have a number of different metals including Chromium (Cr); Copper (Cu); Nickel (Ni); Manganese (Mn); and Iron (Fe). In one of the study, the incidence of trace metals in human seminal plasma and possible correlations between levels of toxic metals and semen quality was investigated; Cd and Ni were found to show significant difference (p<0.05) among three monitored groups of normo-zoospermia, oligozoospermia and azoospermia [12]. In another study, endometrial concentrations of heavy metals including cadmium, lead, mercury and arsenic were investigated; and cadmium was suggested to act as a contributing factor in the etiology of unexplained infertility among 33 women subjects [13].

Cadmium can directly affect the testes. A testicular toxin and various derived compounds were shown to induce severe damage to the spermatogenic epithelium in animal models. Cadmium effect on the testes appears to be manifested mainly in the sertoli cells, which has been proved by scanning electron microscopy as increasing morphological changes. Thus toxic metals have been found to be causative agents in infertility among different populations [14-17]. Semen quality is a parameter which also affects the reproduction. Semen quality has been extensively investigated among the welders by different researchers [18-24]. Semen quality of 57 workers from a welding plant and 57 controls was monitored and sperm concentrations of exposed workers were found to be 14.5±24.0 million/ml as compared to control group (62.8±43.7 million/ml). Rapid linear sperm motility was found to be decreased in exposed workers as compared to controls and a significant positive correlation between the percentage of sperm tail defects and blood nickel concentration in exposed workers. On the other hand, sperm concentration showed a negative correlation with blood chromium content in workers [18]. Similarly, low-level exposure to hexavalent chromium associated with TIG stainless steel and mild steel welding was not found to be a major hazard for human spermatogenesis [21]. Chromium-induced reproductive toxicity was suggested to be through oxidative stress. In an another study, the distribution and temporal variability of power-frequency magnetic field exposure in men, and the correlation of exposures within couples using data from a longitudinal study of 25 men and their female partners recruited from an infertility clinic was conducted. The average and 90th percentile demonstrated fair to good reproducibility, whereas the maximum poor reproducibility was shown over repeated sampling days, each separated by a median of 4.6weeks [9].

Iron industry is employing a huge number of workers to meet its requirements. Workers of these industries are exposed to different sets of chemicals and physical factors after which they may suffer from various reproductive health ailments. Studies reveal a substantial decrease in the sperm count among exposed workers (14.5±24.0 million/ml) as compared to control group (62.8±43.7 million/ml). As a precautionary measure, workers should be provided proper protection equipments so as to minimize the exposure during different industrial processes. Workers should also be checked regularly for their different health parameters including reproductive health.

© 2020 Singh Z. This is an open-aaacess article distributed under the terms of the Creative Commons Attribution License, which permits unrestricted use, distribution, and reproduction in any medium, provided the original author and source are credited. 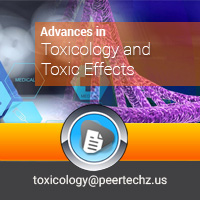