© 2022 Barth OM. This is an open-access article distributed under the terms of the Creative Commons Attribution License, which permits unrestricted use, distribution, and reproduction in any medium, provided the original author and source are credited.

In order to obtain a better resolution of honey and bee pollen quality, it is essential to study them in nature, avoiding any chemical treatment. Besides pollen grains, trichomes, vegetable druses, mites, charcoal, fragments of plant tissues, amorphous brownish organic material, starch, finely granulate, dispersed gray vegetal material and oils are frequently detected. These elements interfere with the nutritional value of the products.

Several species of social bees produce honey, a longtime significant sweet ingredient on the human’s menu. The honeybee Apis mellifera L. was carefully treated in order to provide men with their desired product. In parallel, in the subtropical and tropical regions, the social stingless bees of the Tribu Meliponini, as species of Melipona, Trigona and Scaptotrigona [1], were considered yet by wild exploitation until today. India used bee products, such as honey, propolis and geopropolis, as long as eight thousand years ago [2]. Recently, an intense movement in favor to maintain these bees in captivity, called great interest not only in scientific but mainly of commercial interests now. Several stingless bee beekeeper associations emerged.

Autolysis is a standard technique in Palynology. In order to obtain a better resolution of honey’ in Melissopalynology studies, it is essential and indispensable to prepare honey sediments without or before acetolysis administration to honey, bee pollen loads and bee bread, including stingless bee pot-honey and pot-pollen [1,4]. The treatment with acetolysis [5], using acids, from acetic acid plus acetic anhydride and sulfuric acid, causes artificial fossilization of pollen grains, stripping them of their content and making the enveloping membranes better visible. Staining of these sediments is not advised. The natural color of pollen grains that have not yet been chemically processed helps in their identification also. Propolis, geopropolis and royal jelly must be submitted to acetolysis.

After resuspending honey and pollen samples in water and then in glycerinated water, other structured elements then pollen grains are frequently observed. If acetolysis was applied, they would be absent. It is not uncommon to detect brood remains, various types of fungal spores, insect fragments, mites, charcoal, dyes, etc. in the samples (Plates 1,2), everyone participating in our diet.

Plate 1: A - Group of three Alchornea (Euphorbiaceae) pollen grains and one of Eucalyptus in honey sediment. Notice that the cell content is preserved. B - Pollen grain infected with fungus; notice the hyphae. C - Synthetic fiber. D – A mite in a honey sample. E – Group of green algae. F – Larval tissue fragment. G – Phytonematoid. H – A single drusa. I – Ilex and Myrcia pollen grain, a multicellular trichome, and a plant tissue fragment.

The sediment of Apis honey present frequently fungal spores and hyphae collected directly from plant surfaces. Trichomes, vegetable druses, mites, charcoal, fragments of plant tissues, amorphous brownish organic material, starch, finely granulate and dispersed gray vegetal material and oils are frequently detected. Nearly all of them are excluded when using the acetolysis technique. Attention must do when industrial processing residues such as tissue, glass fibers and green, red, or blue dyes occur in the samples.

One or another of these structured elements may occur in stingless bee honey also. Yeast spores in greater or lesser amounts are indicative and characteristic of this honey coming from permissible fermentation. The presence of conidiospores of fungi, by our experience, indicates that Fusarium spores (mainly in honey samples) and Erysiphe (mainly in pollen samples) are strongly indicative of the lack of sufficient food for bee colonies. With a certain frequency, they are found in areas under reforestation and close to urban areas [6,7].

Honeydew honey, besides a few pollen grains, can present groups of little green algae, a large diversity of fungal spores and vegetal trichomes. These structured elements are less common in variable proportions in relation to nectar and pollen grains collected. Sometimes they are detected in Eucalyptus and Citrus mixed honeydew-honeys.

The presence of bacteria in honey indicates bad pastures for the bees, and how close to animal breeding sites has to be avoided.

This short explanation shows that a simple technique of honey and bee pollen preparation brings additional information on the quality of bee products that after strong chemical processing just disappear. 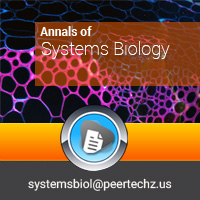