Background: Pancreatitis is a major public health problem with high associated economic costs. Accumulated research and empirical evidence suggests that excessive alcohol consumption is a major risk factor for both acute and chronic pancreatitis. In line with this evidence we assume that devastating combination of higher level of alcohol consumption per capita and drinking of vodka results in a close association between binge drinking and pancreatitis mortality at the aggregate level in Russia. This paper was design to estimate the aggregate level effect of binge drinking on pancreatitis mortality rate in Russian.

Method: Trends in age-adjusted, sex-specific pancreatitis mortality and fatal alcohol poisoning rate (as a proxy for binge drinking) from 1956 to 2015 were analyzed employing a distributed lags analysis in order to ass’s bivariate relationship between the two time series.

Conclusion: The results of present study support the hypothesis that alcohol played a crucial role in pancreatitis mortality fluctuation in Russia over the past decades. This study also indicates that substantial proportion of pancreatitis deaths in Russia is due to acute effect of binge drinking. The findings from the present study have important implications as regards pancreatitis mortality prevention indicating that a restrictive alcohol policy can be considered as an effective measure of prevention in countries where higher rate of alcohol consumption and binge drinking pattern.

Furthermore, Nakamura et al. [17] reported that higher risk for chronic pancreatitis in alcohol-dependent men was associated with drinking spirits rather than lower-alcohol beverages. In contrast, Gerloft et al. [18] found that beer dose-dependently increases basal amylase secretion of rat pancreatic acinal cells, while wine and hard liquor had no effect on amylase secretion neither diluted to the ethanol concentration of beer nor undiluted. It seems that the risk of alcohol-induced pancreatitis differs by beverage type, such that particularly spirits, but also beer consumption has stronger effects than does wine drinking.

Although the association between alcohol and pancreatitis has been well documented, the precise magnitude of the impact of alcohol remains poorly quantified. At the individual level, the proportion of cases of pancreatitis attributed to alcohol varies widely among countries and range from 50 to 90% [9,11]. With respect to population drinking and mortality from pancreatitis, the evidence is fairly limited. The only prior study applying the ARIMA time-series analysis found a positive relationship between alcohol consumption measured by alcohol sales and pancreatitis mortality in 14 western European countries [7]. According the poled estimates for northern, mid- and southern Europe, the strongest effect was found in northern Europe. The results from this study suggest that an increase in per capita alcohol consumption of 1 litres is followed by an increase in pancreatitis mortality of 5-15% in most countries, but by a 30-40% in Sweden and Norway. In most countries, the proportions of alcohol-attributable mortality from pancreatitis fall within the range between 40 and 80% [7]. It appears that the effect of alcohol on pancreatitis mortality rate was stronger in the northern European spirits countries characterized by a binge drinking pattern, than in the southern European wine countries with a high average consumption, which is more evenly distributed throughout the week [7].

Russia ranks among the world’s heaviest drinking countries with an annual sales rate about 10 litres of pure alcohol per capita [19]. There is common believe that high level of alcohol consumption in conjunction with binge drinking pattern is a major determinant of high alcohol-related mortality rates in Russia [20-24]. Furthermore, the most recent estimates suggest that 63.1% of all male pancreatitis deaths and 26.8% female deaths in Russia could be attributed to alcohol [25].

The data on sex-specific pancreatitis and alcohol poisoning mortality rates per 1000.000 of the population are taken from the Russian vital statistic. The cause of death classification in Russia has undergone several changes during the last decades. Until 1999, the Russian vital statistics registration system used the Soviet coding scheme to classify cause of death. From 1999 a new coding system based on the International Classification of Diseases (ICD)-10 was introduced and it has been claimed that the Russian system of coding is compatible with ICD-10 codes K 85 (acute pancreatitis) – K 86.0/86.1 (chronic pancreatitis).

The statistical analysis was performed using the package “Statistica”. It is generally agreed that bivariate correlations between the two raw time-series are spurious due to common sources of trends and autocorrelation [26]. Therefore in order to reduce the risk of obtaining a spurious relation between two variables that have common trends, the trends should be removed by means of a differencing procedure: ∇xt = xt - xt-1 This means analyzing annual changes rather than raw data. The process of removing systematic variation within time series prior to the examination of potential causal relationships is referred to as “prewhitening” [27]. A further step entails the inspection of the cross-correlation function in order to estimate the association between the two prewhitened time series. We used an unconstrained polynomial distributed lags analysis to estimate the relationship between the time series fatal alcohol poisoning (independent variable) and pancreatitis mortality (dependent variable) in this paper.

Figure 1: Trends in male pancreatitis mortality and fatal alcohol poisonings rate in Russia between 1956 and 2015.

Figure 2: Trends in female pancreatitis mortality and fatal alcohol poisonings rate in Russia between 1956 and 2015.

The graphical evidence suggests that the trends in both alcohol poisoning and pancreatitis mortality for males and females seem to follow each other across the time-series (Figures 1,2). The Spearman’s correlation analysis suggests a strong positive association between the two variables for male (r=0.59; p=0.000) and female (r=0.51; p=0.000). As can be seen from figures 1,2 there are linear and S-shape trends in the time series. These trends were removed by means of first-order differencing procedure (Figures 3,4). After pre-whitening the cross-correlations between fatal alcohol poisoning and pancreatitis mortality time series were inspected. The outcome indicated statistically significant cross-correlation between the two variables for male (r = 0.72; SE = 0.13) and female (r = 0.36; SE = 0.13) at zero lag. The results of the distributed lags analysis also suggest that only contemporaneous correlation (lag 0) is statistically significant for both males and females (Tables 1,2).

Figure 3: Trends in male pancreatitis mortality and fatal alcohol poisonings rate in Russia between 1956 and 2015 after “prewhitening”.

Figure 4: Trends in female pancreatitis mortality and fatal alcohol poisonings rate in Russia between 1956 and 2015 after “prewhitening”.

It should be emphasized, that the size of the bivariate association between binge drinking and pancreatitis deaths for men is substantially greater than for women. The harmful drinking pattern might be responsible for these gender differences. The population surveys from Russia show consistently higher rates of binge drinking among men than women [29].

Understanding the reasons the substantial fluctuations in pancreatitis mortality rate in Russia over recent decades is very important from a public health perspective. There is evidence that the fatal alcohol poisoning and pancreatitis mortality trends in Russia influenced by the three major factors: Gorbachev’s anti-alcohol campaign 1985-88; severe socioeconomic crisis imposed by rapid societal transformation in the early 1990s; financial crisis and worsening economic situation in 1998; the period of economic growth over the last decade.

The Gorbachev’s anti-alcohol campaign (1985-1988) was unprecedented in scale and it consisted of several broad measures designed to limit the availability and affordability of alcohol [21]. A fairly close match between trends in fatal alcohol poisoning and pancreatitis mortality during the Gorbachev’s anti-alcohol campaign may be used as evidence for the hypothesis suggesting that alcohol is responsible for a substantial number of pancreatitis deaths in Russia. This empirical evidence also indicates that a restrictive alcohol policy can be considered as an effective measure of pancreatitis mortality prevention.

The underlying cause of the alcohol-related mortality crisis in Russia during transition has been hotly debated, but still remains poorly understood [19, 21]. This crisis could be the combined result of lagged “catch-up” mortality (the lagged effects of the anti-alcohol campaign) and the increase in the availability and affordability of alcohol [30]. It seems plausible that alcohol is a key variable in explaining the increase in the pancreatitis mortality rate in the early-1990s. An increase of alcohol consumption in this period was to a great extent due to increase of alcohol availability following the repeal of the state alcohol monopoly in January 1992 [21].

There are several potential factors behind the decrease in alcohol consumption and pancreatitis mortality rate between 1994 and 1998. They include better regulation of the alcohol market that may have resulted in a relative increase in prices for vodka compared to those for food products [21]. Another possible factor in the decrease in alcohol consumption was impoverishment and decrease in the purchasing capacity of the population due to unpaid or delayed salaries [30]. The subsequent rise in fatal alcohol poisonings and pancreatitis mortality rates from 1998 may be associated with the financial crisis which resulted in the relative fall in price for vodka [21].

Further, surrogate alcohols cannot be avoided when discussing the association between alcohol consumption and a risk for the development of alcoholic pancreatitis. The initial evidence of the involvement of surrogate alcohols in the pathogenesis of pancreatitis came from Goa (India), where the patients admitted with an acute attack of pancreatitis was more likely to have consumed country-made alcohol rather than the licensed beverages [31]. This empirical evidence prompted the analytical study, which showed that locally distilled alcoholic beverages, regularly consumed by patients developing alcoholic pancreatitis contained a higher level of compounds in addition to ethanol including long-chain alcohols, aldehydes, acids and even traces of methanol [31]. According to “critical mass” hypothesis the presence of additional compounds in alcohol could potentiate the oxidative stress induced by ethanol and could lower the threshold for developing acute pancreatitis [32].

In Russia, the consumption of homemade spirits (samogon) and surrogate alcohols, also referred unrecorded alcohol, is somewhat common [33-35]. According to WHO statistics [35], unrecorded alcohol accounts for one-third of all consumption in Russia, while some estimates show a figure as high as 50% [19]. Among the most common surrogates are industrial spirits, antiseptics, lighter fluid, and medications containing alcohol [33]. It also seems very likely that illegally distilled, counterfeit, and surrogate alcohol poses a risk to human health, playing an important role in the high level of alcohol-related deaths in Russia. It was found that home-made spirits contained the toxic by-products that could cause damage to the liver [33]. The findings from Izhevsk (Russia) study indicated that among working-age males who reported surrogate use, the relative risk of dying from causes directly related to problem drinking (e.g., alcoholic psychosis, alcoholic cardiomyopathy, alcoholic liver cirrhosis, and acute alcohol poisoning) was 25.5 in relation to those who consumed only legal alcoholic beverages [36]. Surrogates consumption increased markedly in Russia following the abolishment of the state alcohol monopoly in January 1992 [33].

Several researchers argue that increase in surrogates consumption is one of the most important predictor of the dramatic grows in pancreatitis mortality in the early 1990s [21]. A similar rapid rise in consumption of illicitly produced alcohol and surrogates has occurred in 2006, when amendments were introduced to the Federal Law “On State Regulation of the Production of Ethyl Alcohol, Alcohol and Alcohol-Containing Products”, which seriously impacted the alcohol situation in the country [37]. Under the conditions of excessive demand, the lack of licensed alcohol provoked an epidemic of poisonings by surrogates (industrial fluid, antiseptics, and household chemicals) [37].

© 2017 Razvodovsky YE. This is an open-apdtcess article distributed under the terms of the Creative Commons Attribution License, which permits unrestricted use, distribution, and reproduction in any medium, provided the original author and source are credited. 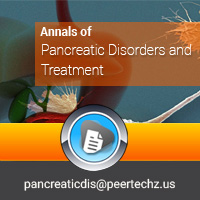