© 2022 Leghrouz M, et al. This is an open-access article distributed under the terms of the Creative Commons Attribution License, which permits unrestricted use, distribution, and reproduction in any medium, provided the original author and source are credited.

The use of immune checkpoint inhibitors in transplant recipients with malignancy is associated with the risk of graft failure due to acute rejection. There is limited literature regarding the use of Cemiplimab-rwlc (Libtayo) in kidney transplant patients. Here we present a case of using Cemiplimab-rwlc (Libtayo), a Programmed Death receptor-1 (PD-1) blocking antibody for locally advanced and metastatic Cutaneous Squamous Cell Carcinoma (CSCC), in a kidney transplant recipient.

A 48 years old male patient with a history of End Stage Renal Disease (ESRD) secondary to Autosomal Dominant Polycystic Kidney Disease (ADPKD), received a 5/6 ABDR HLA mismatch living donor kidney transplant in May of 2016. He had class II DSAs (DSA to DR4 with MFI of 1975). He received Thymoglobulin induction and maintenance immunosuppression with Tacrolimus, MMF, and Prednisone. Protocol allograft biopsy at 2 years post-transplant showed Banff borderline acute cellular rejection. The patient continued on the same immunosuppression regimen at that time. At 2 years post-transplant, he was diagnosed with metastatic CSCC of the head & neck, HPV positive. Tacrolimus and Mycophenolate Mofetil (MMF) were discontinued and the patient was switched to Sirolimus. Treatment included the Mohs procedure, chemotherapy (paclitaxel/carboplatin/cetuximab) for 4 cycles, and radiation for 5 months. He had a good response to the cervical lymph nodes metastasis but had a minimal sustained response to skull metastasis. Subsequently, he was switched from intratumoral 5-fluorouracil to intratumoral IL2 and was started on immunotherapy with cemiplimab (Libtayo). Prednisone was discontinued. He underwent excision of scalp lesion and right cortical mastoid metastasectomy while on the full dose of Sirolimus, which he tolerated well [1-5]. His kidney function remained stable throughout over 5 months follow-up period (Figure 1).

Literature reports a substantial risk of rejection in kidney transplant recipients who are treated with immunotherapy. However, as our case shows, Cemiplimab (Libtayo) a PD-1 inhibitor can be used with preserving allograft function on a Sirolimus-based immunosuppression regimen. More data is needed to guide clinicians and appropriately counsel patients regarding the risks and benefits of immunotherapy medications. 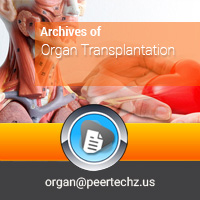