© 2022 Miroslav S, et al. This is an open-access article distributed under the terms of the Creative Commons Attribution License, which permits unrestricted use, distribution, and reproduction in any medium, provided the original author and source are credited.

The goal of the paper is to present a new definition of a holistic approach to the description of complex systems including features such as emergent behavior, exaptation, contingency, self-organization, etc. The presented approach is based on concepts such as singularity (internal behavior of a partial system component without any links), duality (analyses of links between pairs of system components) and a plurality (links between clusters of system components). Energetics is presented as a new science (third-order cybernetics) using the results of the theory of complex systems connected with the algorithms of artificial intelligence so that a better coexistence between humans and machines occurs.

Look at the world around us as a large and complex system. Large systems have a large number of components. Complex systems are characterized by a large number of internal links, nonlinear behavior, the occurrence of alternative processes and their interdependence, quasi-stability of state changes, or a tendency towards multi-agent behavior. Of course, systems can be both large and complex at the same time.

Individual links are formed at different levels of resolution and take different forms. They are determined by interpersonal relationships, represent the exchange of data between information systems, or depend on contractual, legal, or property connections between different actors. Many links are created consciously by being designed, planned and implemented. Many links are created by a spontaneous process.

The components of complex systems are significantly modified by their arrangement and manifest themselves differently within the system than when viewed outside the whole. Original information arises spontaneously in complex systems, emerging from nonlinear processes. In contrast, replicated information is the product of predictable linear information flows.

Singularity creates tension, it is not a carrier of information because it does not reduce variety. Duality already represents a pairwise assignment or relationship from which something third is born [1]. The juxtaposition of two things is not yet a pairwise assignment. It is like comparing two cars. Only the race (intersection of criteria) will show which one is faster. The higher the frequency of pairwise assignments, the more the information flow speeds up.

Faster movement of particles, their variety, and quantity increase the probability of new information and structure. A pairwise assignment is any metaphor that essentially forms a surprising combination of things that are unrelated at first glance.

Plurality is the amount of variety that can be described by set algebra with a certain list of axioms describing the behavior of sets as the most general mathematical objects.

For us, this means that we can sort our tools into three groups. The first group is associated with our internal communication with ourselves - contemplation or concentration of mind. In the second group, dual pair communications arise with our partners, whatever our relationship with each other may be. In the third group are the instruments that arise from our communication with certain aggregates of third parties, representing various multiple entities in which it is difficult, if not impossible, to identify their anonymized components. These are mainly various rules, but also ideas, media information, or what we generally call ideofacts.

According to holistic principles, the future is not given in advance but evolves with the complex system [2]. A model example of this evolution is the morphogenetic field governing the development of living organisms, where key information for the orientation and function of a cell is obtained from neighboring cells, which provide it e.g. in the form of chemical concentration gradients [1].

If the number of relationships in a complex system grows to infinity, the network gradually turns into a field. The wholeness is the information field existing as part of the complex system. Information fields are pervasive, they can interpenetrate and overlap each other in the same way that radio waves behave in our environment.

Emergence is the spontaneous origination of macroscopic properties and structures that are not easily inferred from the properties of their components. In an open system, there is a continuous nonlinear flow of new matter particles and energy and information related to them. The greater the nonlinearity, the greater the number of possible trajectories of evolution offered by the mathematical equations [3]. Nonlinearity is not ignorance, but an objective law of nature.

Contingency means the randomness of phenomena, processes, or relationships that may or may not occur. As a result, they also emerge, change and disappear. The opposite of contingency is a necessity on the one hand and impossibility on the other.

The organization is different from structure, matter, energy, or information. An organization is an amalgam of the above-mentioned ingredients, but moreover, it is capable of its own development. The creative subsystems should tolerate each other, knowing that the emergence of a wider community leads to mutual enrichment. At the same time, destruction can be fought against more effectively, efficiently, and successfully together.

Exaptation is the property where a system designed for a specific purpose begins to provide its functions to other, often unpredictable, users [4]. An example is analogies in science, where an existing theory can simply be used for a different purpose. This creates a leap in evolutionary development without violating any law of nature. A practical example of exaptation is a company that once developed acoustic tiles, which eventually sold in bulk as tiles for outdoor swimming pools because they turned out to be perfectly permeable.

The platform characterizes the creation of new layers of the system, not just its expansion into the nearest next. The principle of the platform is not competition, but inventive cooperation [5]. We don't need certain knowledge and skills if someone else in the biosphere is providing them and we know it. For example, through appropriate recycling, in which parts of the system consume waste from another part, more energy can be obtained with fewer resources while turning useless into useful. By allocating our own knowledge to the environment, we give reciprocal opportunities for other parts of the environment to actively use it.

Philosophical analysis of the holistic approach to complex systems

Current philosophical trends are oriented towards a space close to the edge of chaos. Post-modern pluralism abolishes the unity of the world that was the ideal of the Age of Enlightenment. However, cultural and ideological pluralism cannot be confused with relativism, or to state it in the words [1]: Everything goes, but not everything comes through.

The effort of postmodernism should be to offer possible ways to grow the variety of our environment and, based on that, the degree of freedom. Variety does not mean coincidence, but the offer of available possible solutions determined our choice. This principle fully corresponds to Ashby's Law of Requisite Variety [6], where only variety can limit variety. If a system is to be capable of adaptation, it must contain uncertainty, i.e. a dose of chaos. A completely determined system is not capable of learning or adapting. Simply stated, viability and resilience depend on diversity.

Today's complex world, through the fourth and emerging fifth industrial revolution, is beginning to move towards a connected intelligence based on smart digital transformation. The main idea is to share knowledge through information on highways, roads, or pathways. It is increasingly important to be connected to a global knowledge network (platform) and to carry out e.g. localized production at the place of residence.

Another concept that is emerging in the postmodern era is Evergetics [7], which is considered to be third-order cybernetics and the basis of Society 5.0. It assumes the harmonious coexistence of autonomous artificial intelligence systems together with humans. In this concept, humans are both subjects equipped with methods and decision-making capabilities to deal with specific situations but also objects for learning and social communication with other humans. Originally, in ancient times, evergetic organizations took the form of a college, a fund, a foundation, or a voluntary association of citizens. Their purpose was to contribute to the culture of the community and to give solidarity to the poor and sick citizens.

Evergetics works with concepts such as heterogeneous

actors and everydayness. Human as an actor exists simultaneously in two worlds: in everyday life and in the world of a complex system, where he turns into disembodied element, interacting with other elements according to established system rules.

In the search for a solution to a specific situation in everyday life that should satisfy all, heterogeneous actors, acting as 'practicing social theorists' or 'ordinary sociologists', must reach mutual understanding and consensus in the choice of value priorities. These will then provide the opportunity to formulate goals, criteria, constraints, and ultimately concrete solutions in a formally organized world.

The theoretical tool of evergetics is the unification of the subjective (internal) ontologies of the individual actors (humans and machines), including their possible overlaps, imperfections, but also incorrect information. By communi-cating with each other, a new network of ontologies can gradually emerge that returns the ordinary person to the global intellectual space, allowing him to participate in it with his limited abilities and not to stand outside it.

Systems science, with its scientific methods, can help us in our search for new paths. The above conclusion that a path arises as disappearing is fully consistent with the scientific theory of complex systems, or with the Many-worlds Interpretation of Quantum Physics, where many variable paths and destinations exist in parallel [5]. The remaining question is what is the source of the variability and motion of these paths?

The motto "Be first!" may imply competitiveness, the push to perform, the need to achieve results, and the necessity to win, but also to find the courage to take a step in a different direction than the majority goes, to accept the challenge and become a pioneer. Perhaps the path is where the human will exists. It is the desire to leave a footprint where no one has been before, knowing full well that those footprints will eventually be covered by the dust of time. 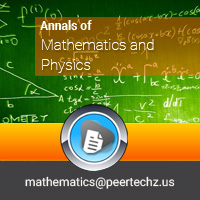