The central area of the Mediterranean Sea is characterized by the bathymetric conformation of its seabed and especially for having been subjected, like other waters in the world, to transformations dependent on the change in sea level that caused the submergence at different stages and during the glacial and post-glacial periods, the emergence. Through the consideration of the geological phenomena that have altered the morphology of the landscape in the Sicilian Channel, during glacial and interglacial phase, will be analyze the underwater topography of the great geological plateau combining tectonically Malta and Sicily, especially the eastern side, which gradually slopes down to the high depth of the central Mediterranean basin (Figure 1).

The elaboration of this text is mainly the result of numerous studies on geophysical features of the seabed connecting Sicily to Malta. Although the origins of the studies, which were intended for the prospection of Hyblean-Maltese plateau in its most elevated surface, to a limited area at a depth of -100 meters, maximum for the land area of the geological plateau, but small compared to the length of the surfaces side of the sea bench giant sinking to the very depths of the Mediterranean, on which you have focused these studies associated with previous seabed in the Maltese archipelago has arisen during the late Quaternary period. The Holocene in geology is the last epoch of the Quaternary period, subsequent to the Pleistocene. According to a classic division, the Holocene is the period of time that sees the disappearance, in Europe, the large carnivores. The lower limit, conventionally accepted by almost all researchers, is placed at 10,000 years ago, in connection with the beginning of the heating phase that brought about the disappearance of glaciers Wurmian, represented in Europe by the great Scandinavian ice sheet. The Earth’s surface during the Holocene is nearly identical to modern conditions and even the spread of organisms is very similar to that of today, because the climate stable returns [1].

The man, released from the Paleolithic period, shows a development and a spread which continues at an accelerated pace over the period, contributing its business to change the natural environment. During the Holocene we are witnessing a phase of sea level rise (many called flandriana transgression or versiliana), who was brought to about 120-130 m below the current level, in conjunction with the expansion of the Wurm glacial maximum, which occurred between 31,000 and 18,000 years ago.

Subsequently, with the deglaciation, the sea level went up reaching the maximum lifting rate between 15,000 and 11,000 years ago. After this period, the rise rate decreased and reached its lowest point around 5000-6000 years ago (Neolithic period), reaching close to the current position (Figures 2-4).

Figure 2: Sequence of geographical and bathymetrical transformations of the Hyblean-Maltese plateau in calibrated chronology calculated in years before present (ka B.P) (Micallef, 2013).

Figure 3: Geocronology table from climatic stratigraphy and isotopic stages; in detail the last 125.000 years B. P. included transformation of the Upper Pleistocene and Holocene (our climate stage).

Figure 4: Spectrometry of the Sicilian Channel integrated in GIS mapping to design limit of paleo-emerged surface bathymetry level at -130 meters in 20 ka BP.

The submerged paleolandscape geomorphology can be reconstructed by geophysic evolution and relation to Quaternary age environmental change and intensity of sea level variations, how it’s possible from data acquired by Marine Geology research studies. The morphological evolution and transformation of the paleolandscape in the Late Pleistocene is retraced by plotting the bathymetric depth of the major landform identified in the relative sea level change curve for the Maltese Islands that continued to drop irregularity until 20 kyr when it reached the value of -130 meters during the Last Glacial Maximum. Sea level rise associated with climatic amelioration during the transition into the current Interglacial has drowned the paleolandscape at an average rate of 5 mm per year. Sea level rise is generally cause for the upslope retreat of rivers and the disconnection of Malta from Comino (8.6 kyr B.P.), from Gozo (8.2 kyr B.P.) and from Sicily (13.8-14.5 krs B.P.) [2].

The eastern slope of the Hyblean-Maltese plateau is a giant wall that separates the Mediterranean from its deepest basin to its most sensitive area to the transformations determined by the change in sea level, which affected the track surface and an area profile that tens of thousands of years ago had to be in the condition of emergence. After some satellite remote sensing and geophysics measurements in the Channel of Sicily, carried out to define the limits of the underwater geological surfaces and to display the volume of geophysical seabed, through integrated multispectral analysis at different geographical scales, and after establishing the physical geography of the eastern escarpment of the geological marine bench, prospecting focused on a specific area, in a massive sinkhole, located between 20 and 27 km, since Vendicari Natural Oasis, off the coast of Sicily, what is the object of this study currently being explicated in this text (Figures 5,6).

For an analysis of the survey area, the scientific research me

The digital geomorphological models (like DSM, DTM) are functional to the preliminary assessment of the topographic survey and are processed through the multispectral analysis of virtual data acquired by updated satellite systems, which have ability to detect the physical volume of the soil, the density and morphological that integrated application geophysical become the basic information structure to guide the instrumental analysis and the direct survey methods.

Remote sensing is the acquisition of distance data (by aircraft or satellite). The definition of remote sensing, in the broadest sense, is the remote collection of information on a non-contact object with the object itself. These information are constituted by: variations of the gravitational force, change in the Earth’s magnetic field, sound wave, electromagnetic waves (eg, visible light). Strictly speaking, it is the acquisition of data on the Earth’s surface by means of sensors installed on aircraft or spacecraft (usually satellites with orbits constant). Such data are generally constituted by electromagnetic waves emitted (in the case the thermal infrared) or reflected (in the other cases presented here) from the earth’s surface and measured by suitable instruments. Photointerpretation is the means of processing and interpretation of the acquired data (paper or computer). For proper photointerpretation you should be aware of the principles of remote sensing. The multispectral systems measure the reflection / emission of radiation in different wavelength ranges (λ), both in visible light in the infrared; each range is called bandwidth. The greater the number of bands, the greater the possibility of recognizing differences in reflectance is therefore distinguish the different areas, up to reconstruct the spectral signature (reflected radiation) and to recognize the type of surface (Figure 10).

Each object or area units (urban areas, vegetation ...) has its own “spectral signature” or its ability to reflect different wavelengths. This property determines the color in the visible range. Also using the infrared we get more information on the reflectivity of the area investigated; this will allow them to better identify and create images in better distinguished different areas.

In the radar data the signal strength measured by the sensor (backscatter) depends on geometrical and electromagnetic characteristics of the reflecting surface and the emission mode / signal acquisition. For example, the backscatter is null in the case of perfectly smooth surfaces since the signal is reflected entirely in the opposite direction to that of origin; more the surface is irregular, the greater the likelihood that part of the signal is reflected towards the sensor, then the backscatter increases; in the case of corner surfaces (corner reflector) the wave undergoes a double reflection for which returns entirely in the direction of provenance and the backscatter is maximum (this happens for example in built-up areas).

Geographical information system can be used for geospatial analysis in geophysics studies. The result of this study was to integrate the photogrammetric geomorphological survey submitted to the analysis of multispectral data obtained through satellite photography. We will demonstrate through a visual approach as the perspective dimensions evaluated through geospatial analysis coincide with the photogrammetric survey to reach the topographic aspect of the bathymetric decline (Figures 11,12).

Figure 12: Detail in top view of the 3D photogrammetric model obtained from airplane-satellite photographic exploration through Infrared analysis to scan the bathymetric levels of the seabed decline.

The application of Agisoft technology has allowed to scan the photo-sequence and with the photogrammetry detect all possible points, which joined in dense mode have produced a compact cloud, the result of detection technology through the application of patterns. The plastic composition of the three-dimensional model, produced by photogrammetric technology, has allowed the identification of bathymetric features of geomorphological profile detected. Digital photo-interpretative analysis using color maps, infrared, variation of the light spectrum, are useful to the documentation records acquired by geospatial analysis, through which you can explore the physical size and morphological characteristics of the high seabed (Figure 13).

The latest investigations have focused on the altitude of the two highest submarine promontories that create this kind of circular pit that declines at several levels, encountering a small promontory at 1250 meters, which plunges from 2,000 to 2,500 meters along the walls side of the canyon. An analysis of the front elevation will be explained through a digital elevation model (DEM). The digital technology application of scientific research has now become a key link.

A single result has been derived from satellite surveys and from digital data obtained through geospatial analysis. The text concludes with the hope that studies like these are applied as information bases for direct scientific operations on the seabed (Figures 14-16).

Figure 14: Section of the bathymetric plan and 3D digital elevation model from the depth of 3000 meters.

1: The Quaternary era begins conventionally about 1.8 million years ago and is divided into two periods: the Pleistocene, ending about 10,000 years ago, and the Holocene which is the most recent period of the Earth. The Quaternary is characterized by profound climate changes that have left their mark on the terrestrial relief morphology and landscape, and have influenced the evolution of biological processes and the development of human cultures. It is also known as “ Ice Age “ to indicate that, in this period, there have been several cold climatic phases during which the northernmost regions of the Northern Hemisphere have been buried by huge ice sheets and major mountain ranges they hosted far more extensive glaciers than at present, up to cover about 30 % of the land. In this sense, the Holocene, may be seen as the interglacial stage after the end of the last glacial expansion (Wurm) which ended about 13 to 10,000 years ago [1].

2: The paleolandscape has been primarily shaped by tectonic activity combined with fluvial, coastal, slope instability and karstic processes; these are the same processes with the shaped the current terrestrial and coastal landscape. By correlating the identified landforms with the timing of known changes in sea level during the last glacial cycle, we infer that the alluvial plains and the shallowest limestone plateaus had up to 100 kyr to develop, whereas the paleoshoreline deposits are likely to have formed between 28 kyr and 14 kyr. The most prominent paleoshore platforms, shorelines and river valleys were generated between 60 kyr and 20 kyr. Fluvial erosion is likely to have been prevalent during periods of low sea level (Last Glacial Maximum and stadial conditions during MIS 3), whereas karst processes should have been more effective during warm and humid interstadial periods [3].

© 2016 Avola G. This is an open-aaacess article distributed under the terms of the Creative Commons Attribution License, which permits unrestricted use, distribution, and reproduction in any medium, provided the original author and source are credited. 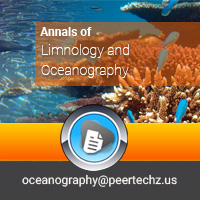