Objective: In order to study the status and the expression of Cbl-b onco-protein in gastric carcinoma we underwent an immunohistochemical protocol by which we analyzed the immuno-distribution as well as the level of Cbl-b expression on gastric cancerous tissues.

Material and method: Ninety-six (96) paraffin blocks of cancerous gastric tissues sections were collected from the Department of pathology, of Oran Military Hospital (Western Algeria) for the period of 2006-2015. All the cases were identified histologically as malignant gastric cells. An immunohistochemical protocol to analyze the expression of Cbl-b in gastric cancerous tissues.

Gastric cancer is becoming a major health problem worldwide because of the lack of effective biomarkers for metastasis prediction [1].

The mammalian Cbl protein down regulation was implicated in gastric cancer development [2]. Cbl family consists of the three homologues c-Cbl, Cbl-b, and Cbl-3, all of which associate with a wide variety of signaling proteins [3].

Through these many associations, Cbl is able to regulate diverse signaling networks; one of the most extensively studied roles of Cbl is its function as a negative regulator of receptor tyrosine kinase (RTK) signaling [4-6].

Cbl-b is a second member of the E3 ubiquitin ligase Cbl family, some studies have revealed that Cbl-b regulates gastric cancer cell proliferation, drug sensitivity and also migration [1,7,8]. In addition, Cbl-b can degrade as well IGF-I signaling intermediate IRS-1 and decrease protein synthesis in unloading-induced muscle atrophy [9]. Some surveys showed that the p85 regulatory subunit of PI3 kinase (PI3K) serves a substrate for Cbl-b during activation of T cells and Cbl-b functions as a negative regulator of p85 in a ubiquitin-dependent but proteolysis-independent manner [10,11]. Cbl-b-deficient inhibited Akt and ERK phosphorylation and deregulation of T cell proliferation [12,14].

In order to study the status and expression of Cbl-b oncoprotein in gastric carcinoma we underwent an immunohistochemical protocol by which we analyzed the immuno-distribution as well as the level of Cbl-b expression on gastric cancerous tissues.

Ninety-six (96) paraffin blocks of cancerous gastric tissues sections were collected from the Department of pathology of Oran Military Hospital (Western Algeria) for the period of 2006-2015. All the cases were identified histologically as malignant gastric cells. These specimens were paraffin embedded in the same center. The cases were stained with hemotoxyline and eosin (H&E) for routine histological examination. An absolute confidentiality of the patients’ vital information was maintained for ethical purposes and an ethical approval was obtained from the institution in which the study was carried out.

We used the following Abcam protocol of immunohistochemistry (IHC): formalin-fixed paraffin-embedded tissue sections were deparaffinized and rehydrated then enough drops of Hydrogen Peroxide Block were added to cover the sections, they were incubated for 10 minutes then washed twice in buffer Phosphate Buffered Saline (PBS) (10X PBS) (0.1M PBS, pH 7.4).

A pretreatment was performed then the sections were washed 3 times in buffer.

Concerning IHC control; we followed Dong et al. [4], scale for the assessment: positive staining of cCbl, was indicated as yellowish brown granules in the cytomembrane, the cytoplasm, or both. A pathologist observed sections through microscopic examination (x400). From each section, five visual fields were randomly selected and the score for each visual field depended on its percent of positive cells and their staining intensity. For the percent of positive cells, less or equal to 5%, 6%25%, 26% 50%, 51%75% and more than 76% were recorded as 0, 1, 2, 3, and 4 points, respectively. For staining intensity, non-stained, light yellow, yellowish brown, and brown were recorded as 0, 1, 2, and 3 points, respectively. The arithmetic product of these two scores (percent score and intensity score) was regarded as the score for that visual field, and the average score of those five visual fields were regarded as the final score for that section. Finally, 01 point was recorded as (-), which indicated negative staining; 24 points were recorded as (+), which indicated weak positive staining; 57 points were recorded as (++) and less or equal to 8 points as (+++), which indicated strong positive staining. Final scores were assigned by a pathologist.

Our immunohistochemical analysis revealed that Cbl-b protein was expressed in gastric cancerous cells but with different of immune-scoring and different immunostaining intensity.

In the present study, we examined the immuno-expression as well as the immunodistribution of the proto-oncogene b-Cbl in human gastric carcinoma using an immunoistochemical protocol. The expression of b-Cbl protein was detected in 45.8 % of gastric carcinomas, and overexpressed in 19 cases (score 5, 6, 7) with a rate of 19.7% which is a prominent rate.

As we stated before; Cbl-b can be an important regulator of several signaling pathways. This oncoprotein might act also as a negative regulator of growth factor receptor signaling and receptor tyrosine kinase (RTK) signaling, which make the ubiquitin ligase Cbl-b play an important role in the suppression of gastric cancer cell proliferation [4-6].

Furthermore, down-regulation of Cbl-b by oxaliplatin was shown to facilitate death receptor aggregation in lipid rafts in gastric cancer cells [20]. Therefore, since lipid rafts are essential participants in the regulation of receptor-mediated signal transduction and cross-talk in membrane microdomains [21,22].

Feng et al. [13], suggested that Cbl-b functions together with EGFR/ERK/Akt pathway regulating the balance between chemosensitivity and chemoresistance to 5-Fluorouracil (5-FU), have shown that the chemotherapeutic agent, oxaliplatin, can sensitize gastric cancer cells to TRAIL by regulating components of the apototic/survival machinery such as caspase-3, caspase-8, Bax, and Bcl-2 protein expression [13,23]. These studies support an involvement of Cbl-b and its potential regulation of EGFR signaling in determining chemosensitivity of gastric cancer cells. The knockdown studies of Cbl-b and biochemical analyses of EGFR signaling in the present study directly support this idea [13].

The present study has shown that Cbl-b oncoprotein is immunohistochemically expressed in human gastric carcinoma. More surveys are required to determine the role of Cbl-b in non-hematopoeitic cell systems using several molecular techniques such as RT-PCR and western blotting.

© 2016 Salah R. et al. This is an open-access article distributed under the terms of the Creative Commons Attribution License, which permits unrestricted use, distribution, and reproduction in any medium, provided the original author and source are credited. 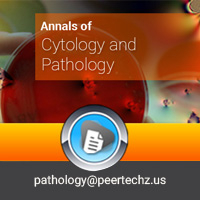