Background: The present study was carried out to evaluate the antibacterial properties of different extracts of Borassus Flabellifer belonging to the family Arecaceae, which has been using to treat different illnesses.

Methods: The root part was selected for the antibacterial activity and different extracts were prepared using soxhlet extraction procedure using different solvents successively and those were tested for their antibacterial property using agar well diffusion method at different concentration on standard human pathogenic bacterial strains. The zones of inhibitions for tested extracts were measured for each concentration on each bacterial strain tested in millimeter (mm) and showed zone of inhibitions were compared with the standard drug, ciprofloxacin.

Conclusion: The results of the present study provides the evidence on antibacterial property of selected medicinal plant if they use in higher concentrations and there is a scope to further studies on isolation of antimicrobial compounds from this species.

The microorganisms are becoming resistant to the present day using drugs due to different reasons [1]. This increase in resistance to the drugs automatically increases the use of antibiotics in adequate manner and leads to development of multi-drug resistant microorganisms including bacteria and also finally leads to increase the untreatable diseases [2]. So, there is a need to identify and develop the new antimicrobial agents with broad activity. Plants are the main sources to the humans since olden days for treating different diseases [3]. As the science and technology developing, isolation of pure molecules/compounds was increased from crude drugs of medicinal plants and have been using as antibiotics, but as above said present day drugs became less susceptible to microorganisms [4]. Now, there is an immediate action have to take in the isolation of new anti microbial compounds from unnoticed medicinal plants or known medicinal plants with use of technology. In this point of view, the present study was aimed to identify the antibacterial activity of Borassus Flabellifer.

B. flabellifer is commonly known as dumb plam native to Indian sub-subcontinent belongs to the family Arecaceae [5]. Different parts of this plants have been using since ancient times for different purposes including medicinally [6]. But, there very less scientific evidences present on their biological activities of different parts of this plant. So, we selected the roots part of the B. flabellifer for evaluation of antimicrobial activity on different human pathogenic bacterial strains.

The chemicals used in the present study were analytical grade from Merk. The standard drug ciprofloxacin was purchased from Apollo pharmacy (Made Dr. Reddy’s).

Collection of plant materials and preparation of extracts

The plant materials Borassus Flabellifer was collected at near Bheemili region, Visakhapatnam, Andhra Pradesh and authenticated by the taxonomist Dr. M. Venkaiah, Depart of Botany, Andhra University. Freshly collected plant root materials were dried under shade and the dried material was milled to obtain a powder. The powdered material was separately extracted with different solvents like with ethyl acetate, chloroform and methanol successively using Soxhlet apparatus. Finally the collected solutions were concentrated to dryness under vacuum by using Rota-vapor to get the dry extract and stored in desiccators.

The selected plants extracts were tested for their antibacterial activity on different pathogenic bacterial strains using agar well diffusion method [7, 8]. The concentrations of extracts were prepared as 50, 100, 200 and 400 mg/ml in Dimethyl sulfoxide (DMSO), finally added 100µl to each well in dried agar plate. The method briefly is, nutrient agar media was prepared and sterilized using autoclave. After sterilization cooled to room temperature and agar nutrient medium separated equally as per requirements and each part was inoculated with 200µL of testing bacterial strains in aseptic conditions. After inoculation the agar nutrient medium was transferred to 6” Petri-dishes allowed to solidification. After solidification wells/cups were made with sterile borer (5mm). Then, wells/cups were filled with the standard drug (100µg/100µL), different concentration of extracts and extract vehicle/control (DMSO) and allowed the samples to diffusion into the medium for 30min without disturbing the plates. After diffusion plates were incubated for 24hrs at 37±2°C. After 24hrs the plates were examined for extracts’ antibacterial activity by measuring the zone of inhibitions (in millimeter (mm)) around the wells/cups. The experiments were done thrice and results were expressed in mean ± S.E.M.

Three extracts of selected plant showed more antibacterial activity at high concentrations and compared with the standard drug ciprofloxacin, the extracts showed the less inhibition of the bacterial growth. There were some evidences about the traditional uses about the B. flabellifer and now the present study supports its medicinal importance.

Now a day, the microorganisms are becoming resistance to current using antibiotics because of different reasons like excess usage, environmental changes, habitual changes etc [9,10]. In this situation it is very difficult to control or treat the diseases causes due to the microorganisms [11]. To control the growth of microorganism the researchers inventing new drugs from different sources like natural and synthesis [12-15]. The results of the present study could be important for the researchers working on isolation of natural compounds from medicinal plants and there were earlier reports about antimicrobial properties of different medicinal plants. Natural sources is mainly from medicinal plants, recently around the world many scientists are reporting the different recognizing the medicinal plants’ antimicrobial activity and isolation the pure compounds from their extracts [15]. In this point of view, we carried out the present work and successfully reporting the antibacterial activity of B. flabellifer at more than 10mg/100µl concentration.

The present study provides the evidence for its traditional medicinal usage and its antimicrobial activity promote the research on phytochemical analysis and isolation of lead molecules present in it.

The authors are thankful to authorities of AU College of Pharmaceutical Sciences, Andhra University for providing the necessary facilities and RGNF fellowship, UGC for their financial support to complete the present work.

© 2016 Priya GV, et al. This is an open-access article distributed under the terms of the Creative Commons Attribution License, which permits unrestricted use, distribution, and reproduction in any medium, provided the original author and source are credited. 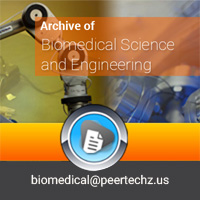