Introduction: Fanconi’s anemia (FA) is a rare genetic disorder. Patients with this disorder have progressive bone marrow failure, congenital abnormalities and are vulnerable to malignancy.

Aim: Explaining our single center experience regarding ATG based conditioning regimen that’s used for the transplantation of patients with Fanconi’s Anemia.

Materials and methods: Sixty-three patients with Fanconi anemia (FA) underwent stem cells transplantation from matched siblings, either from peripheral blood (PBSCsT) in fifty nine patients , or bone marrow in four patients, according to donors’ age and/weight. Mean age at BMT was 11.2 years. Conditioning regimen consisted of low-dose cyclophosphamide 5 mg/kg/d from d-5 to d-2 , fludarabin 120mg/m2 from d-10 to d-6, CSA: 3mg/ kg/d start from d –1 and Antithymocyte globulin (ATG) was added in the pre-transplant as well as the post-transplant period at a total dose of 30 mg/kg as follows: 5mg/kg/d (from d-4to d-1), 2.5mg/kg (d+1,d+3, d+6, d+11). We divided our patients into two cohorts based on age. The first cohort aged 12 years and older and the second cohort included patients younger than 12 years old. We also studied the overall survival according to the source of stem cells (Bone Marrow vs. Peripheral blood stem cells).

Conclusion: Our current results underline the importance of using ATG in the conditioning regimen for the transplantation of patients with Fanconi’s anemia.

FA cells are hypersensitive to DNA cross-linking agents that lead to chromosomal instability [3,4]. This causes severe toxicity from the conventional conditioning regimen chemotherapy that’s used for the transplantation of those patients [5] and variable regimens have been suggested to achieve a well-tolerated conditioning regiment to these patients [6-8].

Using a low-dose cyclophosphamide (CY 5 mg/kg for 4 days) and thoracoabdominal irradiation (TAI 400 cGy), in addition to antithymocyte globulin (ATG) in the pretransplant period to prevent graft rejection, and in the post-transplant period for GVHD prophylaxis has been suggested [9,10]. It was well tolerated and was associated with a low incidence of complications including GVHD.

In the time period between 2007 and 2016, 63 patients with Fanconi’s anemia (FA), received allogeneic stem cells either from peripheral blood stem cells or bone marrow according to donor age and/weight. All the transplants were performed at the HSCT unit in Nasser Institute Hospital for research and treatment Cairo-Egypt, 34 were females and 29 males. The mean age at the transplantation was 11.2 years (range, 2-35 years) SD= 5.67. The diagnosis of Fanconi’s anemia was made clinically in all patients and confirmed by breakage studies using diepoxybutane (DEB) [11] and/or mitomycin-C [12,13].

All donors were HLA-identical siblings tested for chromosomal breakage studies and found to be normal.

Cyclosporine A (CSA) was given to all patients starting D -1 at a dose of 3mg/kg and tailored according to trough levels [18].

All patients were nursed in vertical laminar air flow rooms and kept isolated until their absolute neutrophil count (ANC) reached more than 1×109/l for 3 consecutive days. All patients received acyclovir 1500 mg/m2 /day & fluconazole 6 mg / kg/d from the beginning of the conditioning till day +80 post BMT [19]. PCP prophylaxis was trimethoprim: 5 mg/ kg/d – bid (till d-2) [20] and then reinitiated again post-engraftment till 2 month after complete cessation of CSA. Levofloxacin 10mg/kg was given to all patients till the initiation of the empirical antibiotics at the first fever spike [21]. All transfused blood products were leukocyte-filtered and irradiated.

Figure 1: Overall Survival for all patients.

That indicates the younger the patients than 12 years the more significant increase of their overall survival.

Figure 3: Overall Survival according to source of stem cells.

This indicates that there’s no significant difference of the overall survival of patients whether they received stem cells from the peripheral blood or the bone marrow.

Acute and chronic GVHD were graded according to standard criteria (17).The incidence of acute GVHD was 12.6% (n=8) and 3 patients died due to this complication. Only 4 patients (6.3%) developed limited chronic GVHD (Skin n=3, liver n=1).

Life-threatening fungal infections were diagnosed in 9 (14.2 %) patients that was confirmed by chest CT findings, 4 of them responded to antifungal therapy with voriconazole, while 5 patients died due to this complication. For 36 patients who developed febrile neutropenic episodes empirical broad spectrum antibiotic coverage was started and adjusted later according to the results of the blood cultures.

Eight patients (12.6 %) had convulsions. In all patients, MRI brain studies revealed posterior reversible encephalopathy syndrome (PRES). On the development of this complication CSA was stopped, and substituted with methylprednisolone 1mg/kg. CSA was reinitiated after complete resolution of MRI findings.

Twenty patients died from different causes, two of sinusoidal occlusive syndrome (SOS), one of secondary Graft failure, one due to acute myeloid leukemia transformation, one of primary graft failure, 3 due to acute GVHD grade 3-4, one died due to acute lung injury, 3 due to intracranial hemorrhage and 9 (14.2%) due to sepsis (Tables 3,4).

During the last decade, transplant related toxicity in Fanconi anemia patients has decreased and engraftment has improved. PBSCs transplantation is a feasible option for FA patients having matched sibling donors and should be performed early in the course of the disease, before the development of complications [22]. We believe that the use of low-dose CY in addition to ATG in the conditioning regimen was responsible for improvement in the survival of FA patients undergoing HSCT [17]. The regimen was well tolerated and was associated with a low incidence of complications including GVHD.

In the past, it was reported that the combination of alkylating agents and irradiation previously used for conditioning of acquired aplastic anemia led to unacceptable toxicity in FA patients [23]. So according to these data, the conditioning protocol was modified by reducing the doses of cyclophosphamide and/or irradiation, resulting in a dramatic decrease of TRMs [24].

The Seattle group used a non-radiation-containing regimen consisting of high-dose cyclophosphamide (140–200 mg/kg) in 12 patients, and although all patients engrafted, the regimen was associated with severe toxicity (severe oral mucositis and hemorrhagic cystitis).

Furthermore, significant acute GVHD developed in 33%, and extensive chronic GVHD occurred in 50%of eight patients at risk. The 5 years OS in this study was 65%.

A lower dose of cyclophosphamide (20 mg/kg) over 4 days and TBI 500 cGy in 50 patients, was used by the French group and resulted in successful engraftment. At 54 months and 100 months the overall survival was 74.4% and 58.5% respectively. A significantly high rate of acute GVHD 55%, and chronic GVHD 69.9% were associated with this regimen [25].

This regimen was modified by Kohli-Kumar and colleagues by adding antithymocyte globulins in the pre-trans-plant period for enhancing the engraftment and in the post-transplant to reduce GVHD risk. It was well tolerated; and only significant complication was oral mucositis. No acute GVHD cases were reported, and only three patients developed limited chronic GVHD. One patient in this study had delayed graft failure and was rescued by a second BM infusion after reconditioning with ATG.

In our study we tailored our conditioning regimen to include FL/CY/ATG based on the encouraging results reported by Kohli-Kumar group.

Our results revealed good engraftment with low incidence of both acute and chronic GVHD, 8 patients (12.6%) had acute GVHD and 3 of them died because of it. Only 4 patients (6.3%) had limited chronic GVHD. 3 patients had skin and 1 patient had liver .The main concern about this conditioning regimen is the higher incidence of developing fatal fungal and viral infections.

We believe that the use of Antithymocyte globulin (ATG) in our conditioning regimen and early post-transplant period is the main reason for the lower incidence of both acute and chronic GVHD in our study, but this addition is on the expense of an increased risk of sepsis due to opportunistic infections which was the main cause of death in 9 of our patient [10,21].

The use of ATG in the conditioning regimen for the transplantation of patients with Fanconi’s anemia is important and showed a low incidence of acute GVHD, chronic GVHD and graft failure.

I’d like to thank the hemopoietic stem cells transplantation team at Nasser Institute Hospital, Cairo, Egypt for their great help and sincere effort.

© 2017 Fathy GM, et al. This is an open-access article distributed under the terms of the Creative Commons Attribution License, which permits unrestricted use, distribution, and reproduction in any medium, provided the original author and source are credited. 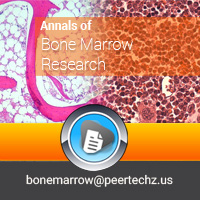