Background: Hypertensive nephrosclerosis is associated with progressive loss of functional nephrons leading to chronic renal failure. In our study, we analysed the changes in the areas of the renal corpuscles and glomerular capillary tufts of superficial and juxtamedullary nephrons in 9 male spontaneously hypertensive rats, distributed in the following age groups: 4, 6 and 12-month-old.

Results: The initial increase in the areas of the renal corpuscles and glomeruli representing the compensatory glomerular hypertrophy was followed by decrease in the late stages of glomerulosclerosis. Our results show that juxtamedullary nephrons were more affected than superficial nephrons.

Conclusion: Hypertensive nephrosclerosis is associated with both morphological and morphometric changes in nephrons, which lead to declining renal function.

The prolonged and untreated hypertension is an important risk factor for the development of inevitable structural alterations in many organs and systems, which are collectively described by the term “target organ damage” [1]. In addition, the relationship between elevated blood pressure and chronic renal failure is pathologically referred to as hypertensive nephrosclerosis [2]. It is characterized by progressive morphological parenchymal and interstitial changes – hyaline and fibrinoid arteriosclerosis, intimal smooth muscle cell proliferation of the interlobular and small arteries, and duplication of the internal elastic lamina of arcuate arteries, interstitial fibrosis, tubular atrophy and glomerulosclerosis [3]. In the literature, two types of glomerular injury have been described - solidification and obsolescence. The obsolescent form is characterized by collapse of the glomerulus and intracapsular fibrosis, while the solidification is represented by expansion of mesangeal matrix and enlargement of the glomerular tuft [4].

The spontaneously hypertensive rat (SHR) strain was first derived by Okamoto and colleagues during the 1960s and is the most commonly used experimental model of human essential hypertension [5]. The elevation of blood pressure in SHR begins at 4 weeks of age and the renal morphological changes can be observed at 6-12 months of age. In addition, the severity of the glomerular lesions and tubulointerstitial changes under hypertonic conditions appears to be more pronounced in the inner rather than the outer cortex [6].

The aim of the present study was to analyze and compare the areas of the renal corpuscles and glomerular capillary tufts of the superficial and juxtamedullary nephrons traced among three age groups (4-month-old, 6-month-old and 12-month-old) male SHR.

In the present study, we used histological material from the kidneys of male SHR. The total number of SHR was 9, distributed in three age groups, each containing three animals: four months old; six months old and twelve months old. All experiments were conducted with the approval of the University Committee on Animal Resources (№ 4866). All animals received humane care in compliance with the “Principles of laboratory animal care” formulated by the National Society for Medical Research and the “Guide for the care and use of laboratory animals” prepared by the National Institute of Health (NIH publication No. 86–23, revised 1996). The rats were anaesthetised intraperitoneally with Thiopental 40 mg/kg b.w. The chest cavity was opened and transcardial perfusion was made with 4% paraformaldehyde in 0.1 M phosphate buffer, pH 7.2. Kidneys were quickly removed and fixed in 10% neutral-buffered formalin. After routine embedding, serial coronal 5 μm thick sections were cut and stained routinely with haematoxylin and eosin. Haematoxylin and eosin staining was conducted in the following way: after removal of the paraffin with xylol, we washed the slides with water and stained them with haematoxylin for 5 minutes. They were then stained with an eosin solution for 10 minutes, washed again with water and embedded in entellan.

The morphometric analysis was performed on five slides from the kidney of each animal. Quantitative data were obtained with a computerised system for image analysis NISElements Advanced Research (Ver. 2.30). The areas of interest in each slide were first found on low magnifications (x100, x200), taking into account the respective age group. Results were obtained through assessment of randomly selected zones of the renal cortex with no significant ruptures resulting from the processing technique of the histological material that could compromise the proper data analysis. The standardization of the zone where the areas of renal corpuscles and glomeruli were measured was performed in line with the following criteria in order to certify the authenticity of the results: 1. only renal corpuscles with clearly demarcated vascular and tubular poles were included in this study; 2. the selected renal corpuscles of the superficial nephrons were situated in the periphery of the cortex; 3. the analyzed renal corpuscles of the juxtamedullary nephrons were located adjacent to the medulla. The following morphometric parameters of the superficial and juxtamedullary nephrons during the postnatal development of SHR were analyzed: area of the renal corpuscles of the superficial nephrons (μm2), glomerular area of the superficial nephrons (μm2), area of the renal corpuscles of the juxtamedullary nephrons (μm2), glomerular area of the juxtamedulllary nephrons (μm2). The obtained quantitative data were demonstrated with Bar Chart/Bar Plot diagrams and were statistically evaluated through a Student-T-test. Statistically significant differences were read in the case of p<0.05. Microsoft Office Excel 2010 was used to process the data and to demonstrate the obtained results in an adequate way.

Results were obtained through assessment of randomly selected areas of the kidneys of SHR, aged 4-, 6- and 12-month-old, which were stained with haematoxylin and eosin. The selected areas included either superficial (Figures 1-3) or juxtamedullary nephrons (Figures 4-6). The results were organized in the form of tables and diagrams, representative of the obtained quantitative data for the studied morphometric parameters.

There is evidence that various diseases may affect the morphometric parameters of the renal corpuscles such as glomerular capillary tuft’s diameter and Bowman’s capsule dimension [7]. Glomerulosclerosis can be observed under pathological conditions such as hypertension, as well as during the process of physiological aging. Smith et al. suggest a formula for estimation of the percentage of age-related sclerotic glomeruli in the human population: age/2-10, when the age is above 40 years [8]. Furthermore, the changes in glomerular size correspond to the phase of glomerulosclerosis – the initial process of glomerular hypertrophy is followed by shrinking of glomerular capillary tufts to a smaller size. However, some authors hypothesise that the functional renal capacity can’t be evaluated by the changes in glomerular size and number, because these morphometric parameters depend on the body size and some sclerotic glomeruli can disappear as age advances [9]. Stojanovi´c et al. suggest that glomerular hypertrophy among nonsclerosed glomeruli may be estimated by their connective tissue content [9]. Our study aimed at tracing the changes in two morphometric parameters - area of the renal corpuscles and glomerular area of the superficial and juxtamedullary nephrons. Our findings demonstrate that initially, under hypertensive conditions, there is an increase in the two parameters in both types of nephrons. On the contrary, in the case of advanced hypertension in 12-month-old SHR, the glomerular area decreases markedly in juxtamedullary nephrons and less in superficial nephrons, while the area of the renal corpuscles decreases in juxtamedullary nephrons and increases in superficial nephrons. These findings were interpreted as signs of glomerulosclerosis, which was more pronounced in juxtamedullary nephrons. They experience higher intraglomerular pressure in hypertensive conditions due to the specific blood supply of the kidney (lower pressure and a smaller degree of blood supply in the periphery of the cortex).

Alterations in kidney morphology may lead to development of renal insufficiency and eventually may progress to end-stage renal disease (ESRD). ESRD due to hypertension has been reported as the cause of 25% of newly diagnosed ESRD patients every year in the United States [10]. Most often, hypertensive glomerulosclerosis is observed in the African American population due to a higher severity of elevated blood pressure and poorer socioeconomic status [11]. One study in African American populations found that renal biopsies performed in patients with hypertension more often show presence of focal global glomerulosclerosis (FGGS) rather than focal segmental gloemrulosclerosis (FSGS) [12,13]. Segmental glomerulosclerosis correlated with arteriolar and arterial sclerosis, as well as development of interstitial fibrosis and reciprocal of creatinine levels in the blood serum. Global glomerulosclerosis, on the other hand, has been reported to involve 43 +/- 26% of glomeruli [12,13]. This type of glomerulosclerosis did not correlate with arteriolar or arterial thickening; however, correlations were established with levels of creatinine and cholesterol in the serum, development of interstitial fibrosis and systolic blood pressure.

Changes in the morphometric parameters area of the renal corpuscles and glomerular area in superficial and juxtamedullary nephrons correspond to development of hypertensive glomerulosclerosis with advancing age in SHR. These changes are more pronounced in the inner rather than the outer renal cortex. Hypertensive nephrosclerosis is a leading factor in the onset of declining renal function.

© 2018 Stanchev S, et al, This is an open-access article distributed under the terms of the Creative Commons Attribution License, which permits unrestricted use, distribution, and reproduction in any medium, provided the original author and source are credited. 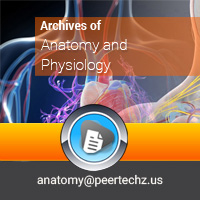